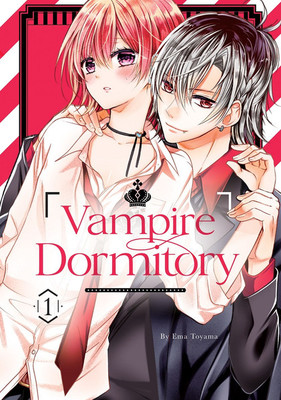 The December issue of Kodansha‘s Nakayoshi magazine revealed on Wednesday that Ema Toyama will launch a new manga titled Majo Maid wa Joō no Himitsu o Shitteiru. (The Witch Maid Knows the Queen’s Secret) in the magazine’s next issue on December 1.

The fantasy manga centers on Liz, a lonely girl who can see the future. She is employed as a new maid under Queen Shuliess, the queen of the Kingdom of Linfilia. The queen herself only desires to marry and produce an heir. But one day, Liz discovers the queen’s secret.

The December issue of Nakayoshi also revealed that Toyama will resume her Vampire Dormitory manga (seen right) in the next issue on December 1. The manga had been on hiatus ever since ending its “first part” on July 1, and the manga’s return will be the beginning of its “second part.”