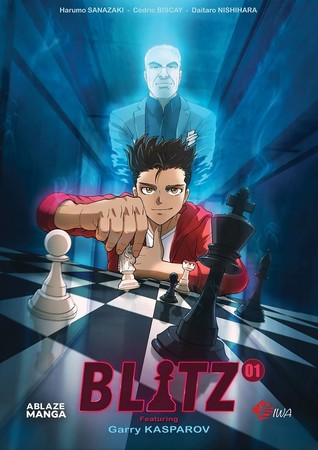 Azuki is also adding the webtoon Zombie Makeout Club from Ablaze on the same day.

Ablaze is also releasing Blitz in English, and it describes the story:

Tom, a young high school student, has a crush on his classmate Harmony. When he learns
about her passion for chess, Tom quickly decides to sign up for the school’s chess club. But he
doesn’t even know the rules! To impress Harmony, he is left with no choice: he must learn
quickly and train seriously.

Soon Tom discovers the existence of Garry Kasparov, the greatest player in the history of chess.
He stumbles upon a virtual reality machine that promises to help him analyze the most
legendary matches of the master!

In an unexpected twist of event, Tom soon is granted access to the highest echelons of the
chess world…

The manga launched in Shueisha‘s Shonen Jump+ website in April 2020.