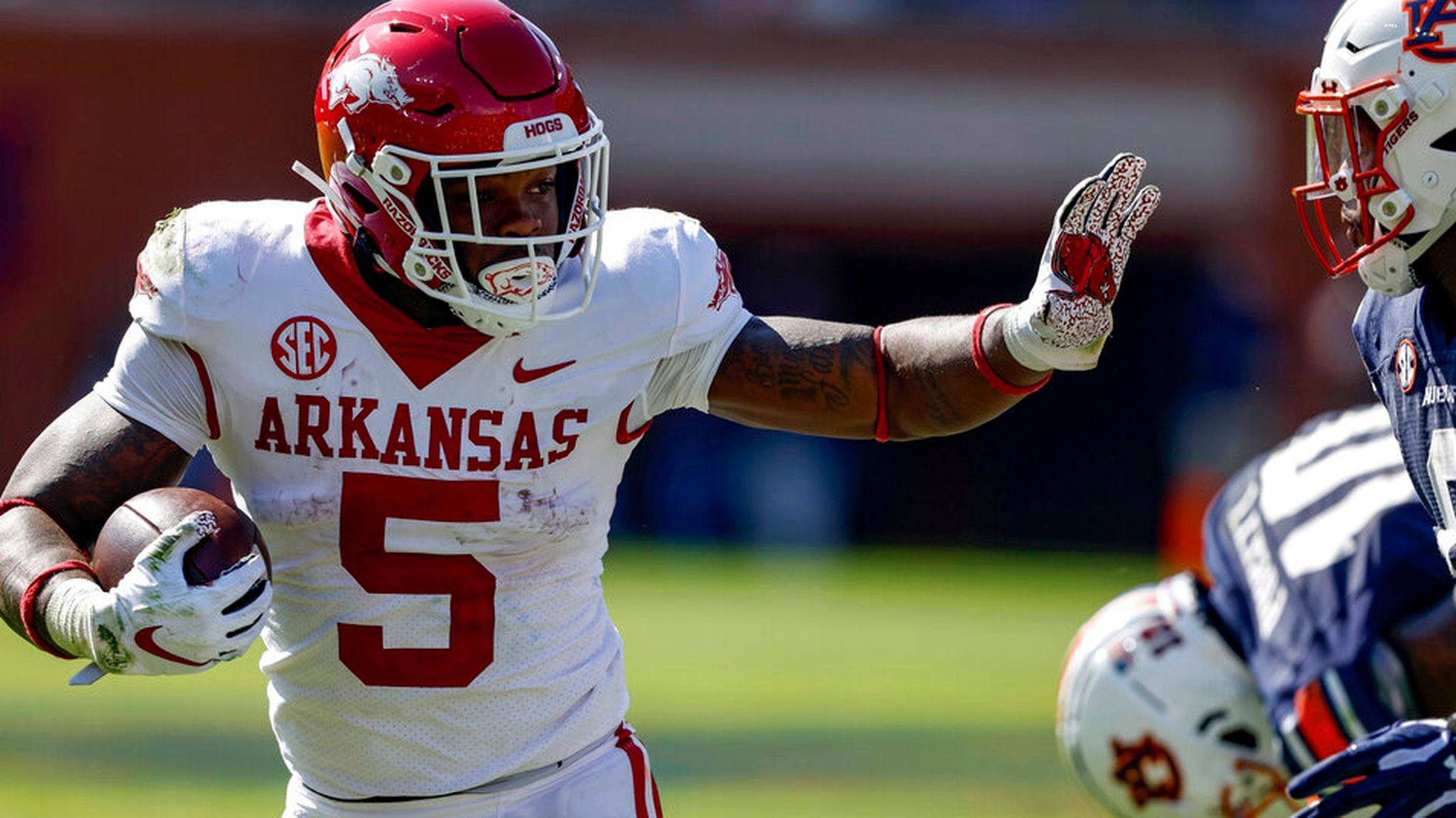 3 Plays from scrimmage involving Georgia TE Brock Bowers have gained at least 70 yards, tied with Louisiana-Monroe WR Tyrone Howell for the most in the nation this season. Bowers caught a 73-yard TD pass in the Bulldogs’ 42-20 victory over Florida on Saturday. Bowers also had a 78-yard TD reception in a 48-7 victory over South Carolina on Sept. 17 and a 75-yard TD run in a 39-22 victory over Kent State on Sept. 24. Against Florida, Bowers had five receptions for 154 yards and one TD. Bowers broke the Georgia record for receiving yards in a game against Florida, which had been 140 by Shannon Mitchell in a 33-26 loss on Oct. 30, 1993.

26 Consecutive games in which it led at the end of the first quarter had been won by Texas A&M under coach Jimbo Fisher, a spotless streak that ended on Saturday. The Aggies lost to Ole Miss 31-28 after entering the second quarter with a 14-7 lead. Under Fisher, Texas A&M has a 26-1 record in games that it led after the first quarter and an 11-18 record in games that it did not.

32 Years since Tennessee beat a ranked SEC opponent as badly as it did Kentucky on Saturday, when the Volunteers downed the No. 19 Wildcats 44-6. It was Tennessee’s most lopsided victory against a ranked SEC rival since the Vols beat No. 9 Florida 45-3 on Oct. 13, 1990. In its win over the Wildcats, Tennessee gained 422 yards to end a streak of 11 games in which Kentucky’s opponents had failed to reach 400. Before Saturday, the most recent team to reach 400 yards against the Wildcats was Tennessee, which had 612 in its 45-42 victory last season.

555 Yards were gained by the Georgia offense in Saturday’s 42-20 victory over Florida. The Bulldogs posted their highest offensive output in the annual series, eclipsing the 502 yards gained in a 41-27 victory on Nov. 6, 1976. The Georgia total on Saturday included 106 yards and two TDs on 12 carries by RB Daijun Edwards, who recorded the Bulldogs’ first 100-yard rushing game of the 2022 season. That left Mississippi State as the only SEC team that hasn’t had a runner go for at least 100 yards in a game this season. First ever task of this season to take place; Contestants go all out to prove their worth Latest News