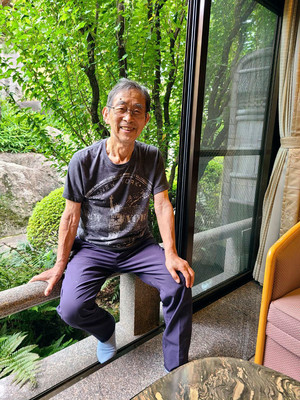 The Nippon Club announced on Monday that it will host a free exhibition in New York’s The Nippon Gallery for the late animation art director Shichirō Kobayashi from November 16 to 22. Titled “SHICHIRO KOBAYASHI: DRAMA OF LIGHT AND SHADOW,” the exhibit will showcase paintings and anime background drawings from throughout Kobayashi’s decorated career.

Kyoko Sato, Sayaka Kawazoe, and Akemi Ozawa are curating the exhibit in cooperation with Anime NYC. According to the curators, it was a long-time dream for Kobayashi to hold a solo exhibit in New York.

Kobayashi passed away due to congestive heart failure on August 25. He was 89.

After graduating from Musashino Art University, Kobayashi worked as an elementary school art teacher and then joined Toei Dōga (now known as Toei Animation) in 1964. He then established his own Kobayashi Production company in 1968, which continued until 2011. He served as the art director on Dokonjo Gaeru, The Adventures of Gamba, Ganso Tensai Bakabon, Tomorrow’s Joe 2, Lupin III: The Castle of Cagliostro, Urusei Yatsura: Beautiful Dreamer, Nodame Cantabile, and other works.

Kobayashi’s collaborations with director Osamu Dezaki on The Adventures of Gamba and Ie Naki Ko resulted in the development of experimental art techniques involving omissions and emphasis. This opened up creative possibilities within the restrictions of television anime, and deeply influenced later generations of anime creators. In his later years, he continued to advocate for analog drawing techniques, even after digital artwork became mainstream.