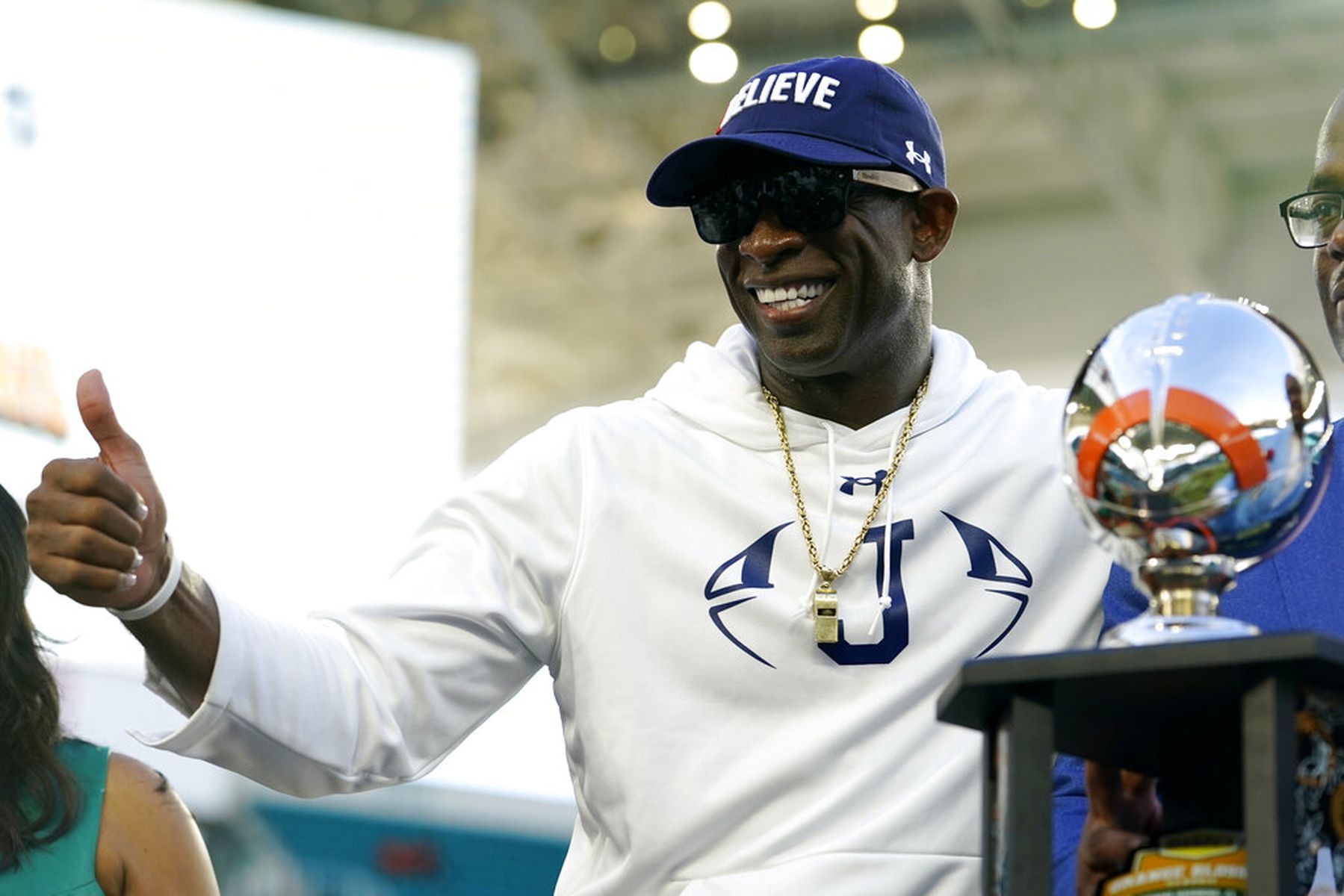 Lane Kiffin had little interest in broaching the topic of his own candidacy for other job openings — namely, the recently opened position at Auburn — but the Ole Miss head coach was quick to advocate for another coach in the Magnolia State.

During Wednesday’s weekly SEC coaches teleconference, Kiffin was asked for his thoughts on the potential of Jackson State head coach Deion Sanders at the Power 5 level. Sanders’ name has been a hot topic this season as the coaching carousel has started to spin. He, like Kiffin, is a potential name to watch for the job at Auburn after the Tigers fired Bryan Harsin this week.

“I think he’d do great,” Kiffin said. “I think that’s a great name. (A Power 5 program) should hire him. Great recruiter, great name.”

Sanders is in his third season at Jackson State, where he has turned around the FCS program while boasting a 23-5 record as head coach. After going 4-3 in 2020, Sanders’ teams have gone a combined 19-2 the last two seasons, including an 11-win campaign last fall. This season, Jackson State is 8-0 and ranked No. 9 in the FCS.

Beyond just turning around Jackson State’s on-field product, Sanders has shined a spotlight on the school—and HBCUs at large—during his tenure as head coach. ESPN’s College GameDay was on campus last weekend for Jackson State’s matchup with Southern. The atmosphere was lively, as Sanders’ impact on the program’s visibility and viability was evident.

He has also proven to be a high-level recruiter, and not just for an FCS coach, but for a college coach at any level. In the 2022 class, he pulled off the biggest recruiting coup in history, landing No. 1 overall recruit Travis Hunter, a five-star cornerback who was committed to Florida State until Sanders flipped him during the early signing period. Jackson State also signed four-star wide receiver Kevin Coleman and three-star corner Tayvion Beasley during the 2022 cycle. A year earlier, he signed five four-star prospects — including his son, quarterback Shedeur Sanders — and a trio of three-star recruits.

Sanders’ recruiting prowess and big-time personality are among the reasons Kiffin believes he’d quickly enjoy success at the Power 5 level, despite Sanders lacking any college coaching experience outside of his tenure at Jackson State.

“This is a different world we’re in now, like because recruiting’s always been important, but now you have the portal,” Kiffin said. “So, you have kids — you can change a roster faster than you ever could before, and you could lose a roster faster than you ever could before. So, the ability to hire (someone) like Deion and have that name right away and portal people wanting to come play for him right away, you can flip a roster. Where before realistically it would take two to three years to truly turn a roster around, you can do it immediately. Things get depleted, then just, you know, look completely different the next year, like our team. Picture our team without the portal and take those guys out of there and look what it looks like.”

Sanders, for his part, has recently said he has no plans of leaving Jackson State but noted last weekend that he’d “be a fool and a liar to tell you I wouldn’t entertain” schools who are interested in him as a coaching candidate.