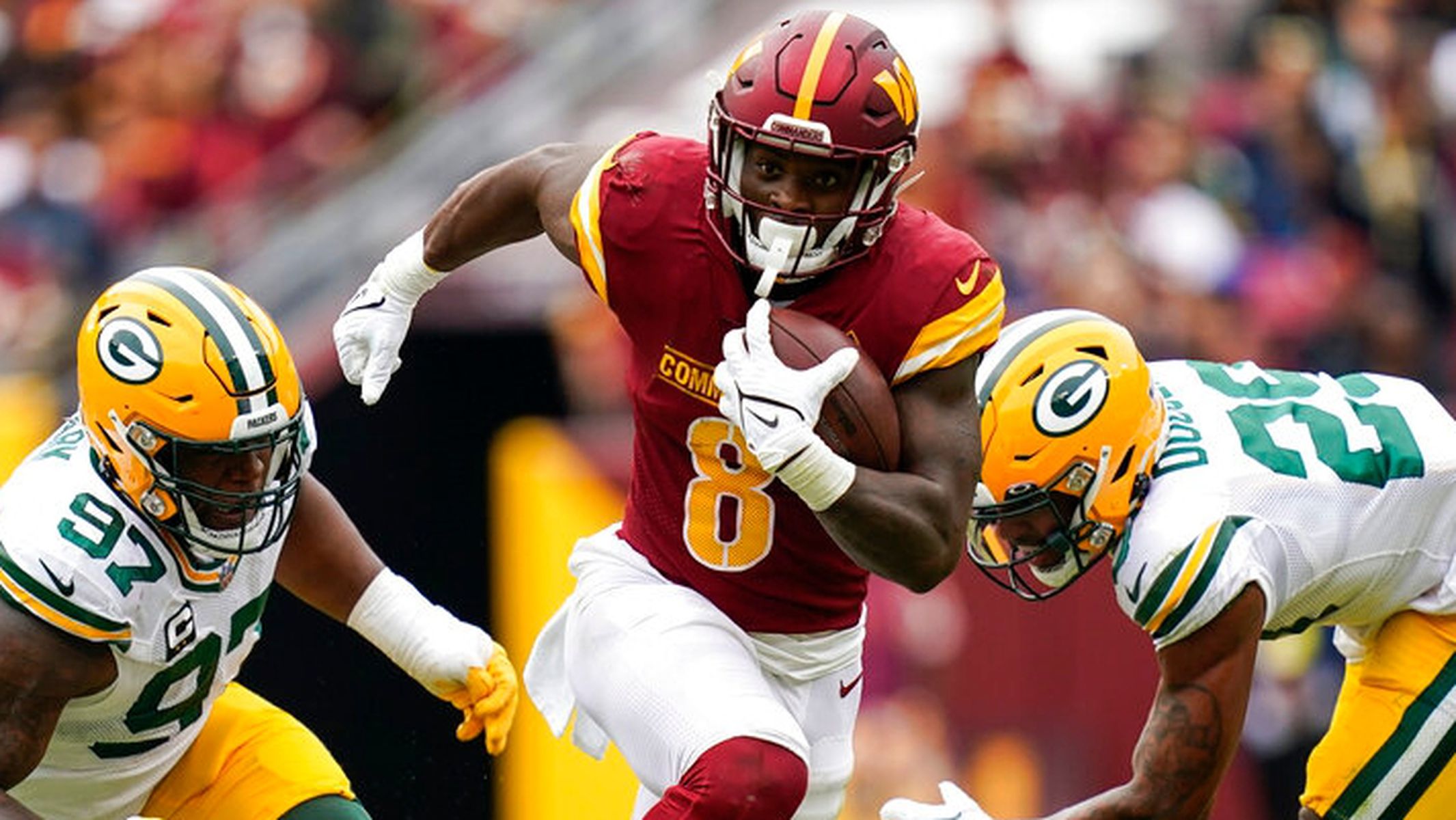 Nine weeks after Washington Commanders running back Brian Robinson Jr. was shot during a carjacking attempt, the Washington Metropolitan Police Department announced it had made an arrest in the case.

The Metropolitan Police Department announced a 17-year-old male, who was 16 at the time of the incident, had been arrested on Wednesday and charged with assault with intent to rob while armed (gun).

On Aug. 28, Robinson was shot in the hip and knee when he was accosted by two armed teens seeking to steal his Dodge Challenger Hellcat in Washington, according to District of Columbia police, who reported the former Alabama standout wrested a gun away from one of the boys before being shot by the other.

After being shot, Robinson was taken to a hospital, where he had surgery before being released the next day.

At a press conference on Wednesday afternoon, D.C. Police Chief Robert Contee said two other suspects are being sought in the incident – the other person with a gun and the driver of the car in which the two teens left the scene.

Authorities are offering a $10,000 reward for information that leads to a conviction. Contee credited tips from the public as a contributing factor that led to Wednesday’s arrest.

In a press release about the arrest, the Metropolitan Police Department thanked the U.S. Bureau of Alcohol, Tobacco, Firearms and Explosives and the police department’s National Integrated Ballistic Information Network unit for their assistance.

“Our violent crimes get solved because of good police work, community involvement and science,” Contee said. “All three of those things happened in this case. Like they do for every investigation of violent crime in our city, our detectives immediately started tracking down leads, and our community shared valuable information. Our federal partners at the ATF were able to use science to gather crucial evidence in this case.”

Robinson returned to practice on Oct. 5 and ran for 22 yards on nine carries in his NFL debut on Oct. 9 in Washington’s 21-17 loss to the Tennessee Titans.

Robinson made his first NFL start four days later, when he ran for 60 yards and his first touchdown on 17 carries in a 12-7 victory over the Chicago Bears.

In four games, Robinson has run for 175 yards and one touchdown on 54 carries and caught two passes for 13 yards this season.

The Commanders play the Minnesota Vikings at noon CST Sunday at FedEx Field in Landover, Maryland.

A prep standout at Hillcrest-Tuscaloosa, Robinson joined the Commanders in the third round of the NFL Draft on April 29 after running for 1,343 yards and 14 touchdowns and catching 35 passes for 296 yards for Alabama during the 2021 season. Do Miranda Lambert & Brendan McLoughlin Want To Have A Baby? Latest News