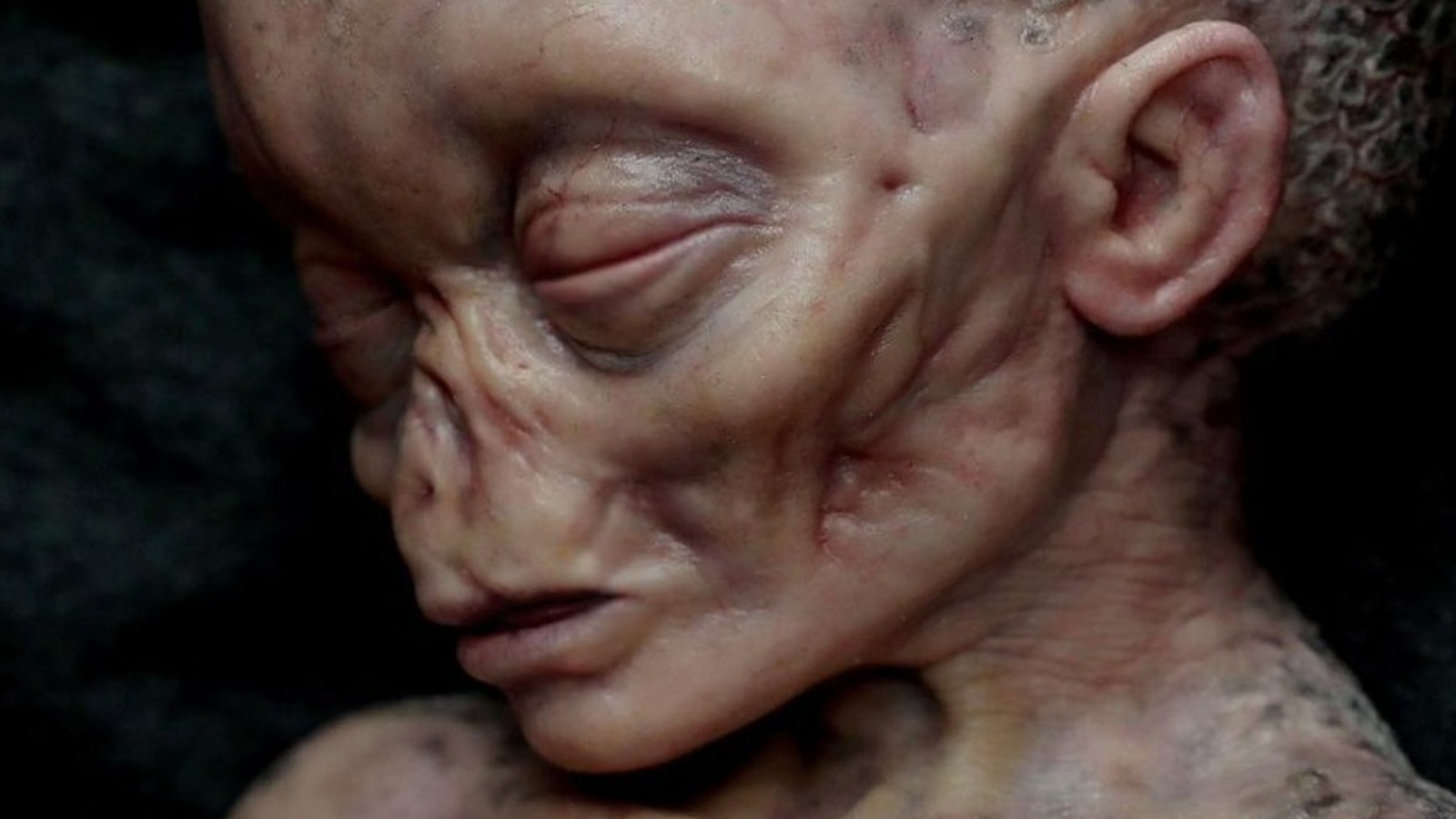 Within the episode itself, it’s hard to get a good look at the stillborn Visenya as she is covered in blood and held tightly in the arms of Rhaenyra Targaryen — though a recent post on the Instagram of prosthetic makeup designer Barrie Gower illuminates some of the finer details of the baby’s design. Gower’s post includes two brightly-lit images of baby Visenya against a black background: the first one highlighting her deformed nose and sunken face, and the second showing her cone-shaped skull.

The most striking deformity present in these two images (which is nearly impossible to see within the episode itself) is the numerous lizard-like scales that cover Visenya’s head, chest, and back. The second image shows that she has an abundance of these scales on the back of her head and running down her spine — and that the back of her head features an almost horn-like protrusion that accounts for her skull’s shape.

The post reads: “A silicone baby we created for the final episode of @houseofthedragonhbo,” and lists credits for members of the sculpture, art finishing, silicone, and mechanics team who worked on this particular model. Considering the immense amount of detail shown in this small model, it seems strange that these scales aren’t highlighted more within the episode itself, especially since they are specifically mentioned in the series’ source material, “Fire & Blood.”