Crunchyroll Games announced on Wednesday that it will release The Eminence in Shadow: Master of Garden game for iOS and Android on November 29 worldwide except in East Asia, Belgium, and the Netherlands. The game will also get a PC release. The company streamed a trailer:

The role-playing game will be free-to-play with in-app purchases.

In the game, players put together a team from a roster of characters with different roles. The members can use Team Combos in battles and receive enhancements through items and equipment. 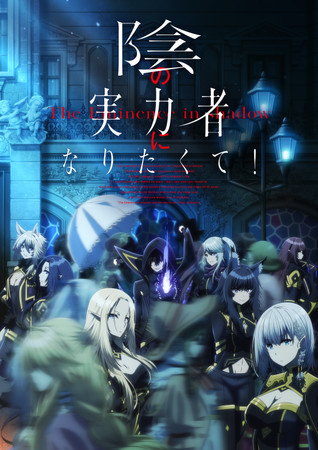 The series is inspiring a television anime that premiered on October 5 on the AT-X, Tokyo MX, KBS Kyoto, Sun TV, and BS NTV channels. HIDIVE is streaming the anime.

Some people just aren’t suited to playing the part of the flashy, in-your-face hero or the dastardly, mustache-twirling villain with larger-than-life panache. Instead, they operate in the shadows and pull the strings of society through wit and cleverness. That’s the role Cid wants to play when he’s transported to another world. Cid spins a yarn or three and becomes the unlikely leader of the underground Shadow Garden organization that fights against a menacing cult (which he totally made up). However, there’s a catch even his wild imagination didn’t see coming: the cult he concocted actually exists, and they’re beyond displeased that his power fantasy just got in the way of their evil plans!

Yen Press licensed both the light novels and the manga adaptation.

Aizawa began serializing the story on the “Shōsetsuka ni Narō” (Let’s Become Novelists) website in May 2018, and Kadokawa began publishing the story in physical volumes with art by Tōzai, beginning with the first volume in November 2018. Anri Sakano launched the manga adaptation in Kadokawa‘s Comp Ace magazine in December 2018. Seta U launched a spinoff manga titled Kage no Jitsuryokusha ni Naritakute! Shadow Gaiden (The Eminence in Shadow – Shadow Side Story) in Comp Ace in July 2019.