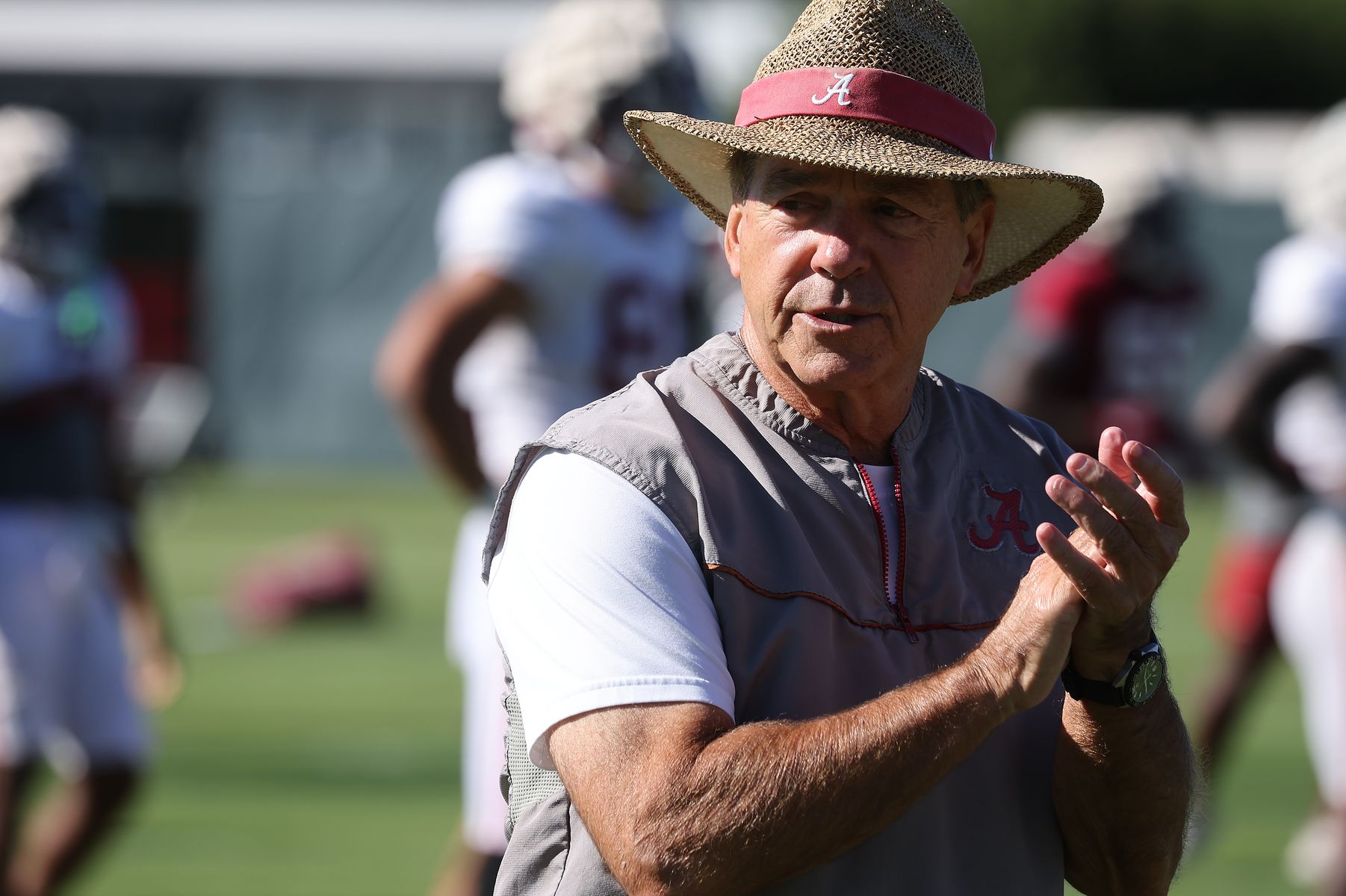 Alabama has its quarterback of the future, well a somewhat distant future. While the Crimson Tide will need to replace Bryce Young next fall with its two rostered quarterbacks and pair of commitments, a current high school junior has thrown his name into the mix for the 2024 season.

Julian Sayin, a four-star quarterback, announced his commitment to Alabama on Wednesday afternoon.

A 6-foot-1, 185-pounder, Sayin fits the mold of recent Tide commits at the position. He’s an agile, strong-arm thrower that takes care of the ball and is constantly looking downfield. He compiled 28 offers and chose the Tide over finalists Georgia and LSU.

“Alabama is the standard for college football. I want to be coached hard by coach Saban and coach O’Brien. It’s a special place. It’s the highest level of football,” Sayin said surrounded by his family and a celebratory band on ESPN2′s College Football Live.

Sayin is from Carlsbad, California, about 35 miles north of San Diego. He started as a sophomore and threw for 2,769 yards, leading the Lancers to 11 wins. This year, Sayin opened with a one-point win against powerhouse, and Young’s alma mater, Mater (Calif.) Dei. He’s completing 68.7% of his passes, averaging 201 yards a game with a touchdown-interception ratio of 25:3. He’s also rushed for 134 yards for a pair of scores.

Alabama offered Sayin in May. He visited in June ahead of his junior season and followed up with two more trips to Tuscaloosa. He was at LSU twice as Brian Kelly looked for his next signal-caller. Sayin met with Nick Saban and watched the Tide’s win over Mississippi State the weekend of Oct. 22.

Though efforts have been focused on the homestretch of the 2023 cycle — Bama has 23 pledges and is looking for more ahead of the Dec. 21 early signing day — Sayin’s commitment speaks to a larger trend among the sport: Blue-chip recruits are deciding earlier.

Dylan Raiola, 2024′s No. 1 overall prospect, picked Ohio State in May. With Sayin’s decision, three of the top five quarterbacks in his class are attached to a program. Sayin is ranked 14th overall and second among throwers in 247Sports team composite rankings.

Ty Simpson joined the 2022 class in February prior to enrolling. Jalen Milroe decided in August before his senior year, Young in September. This past year, both of Alabama’s quarterback commits announced later than usual, a byproduct of the Arch Manning sweepstakes (won by Texas).

Flips can always happen. Holstein was committed to Texas A&M until last March, for example. Still, nabbing Sayin is a premier win for Saban and co., especially with the offensive coordinator position unclear after Bill O’Brien’s reported two-year commitment expires at the end of this season. In addition to O’Brien, wide receivers coach Holmon Wiggins recruited Sayin.

Nick Alvarez is a reporter for Alabama Media Group. Follow him on Twitter @nick_a_alvarez or email him at [email protected]