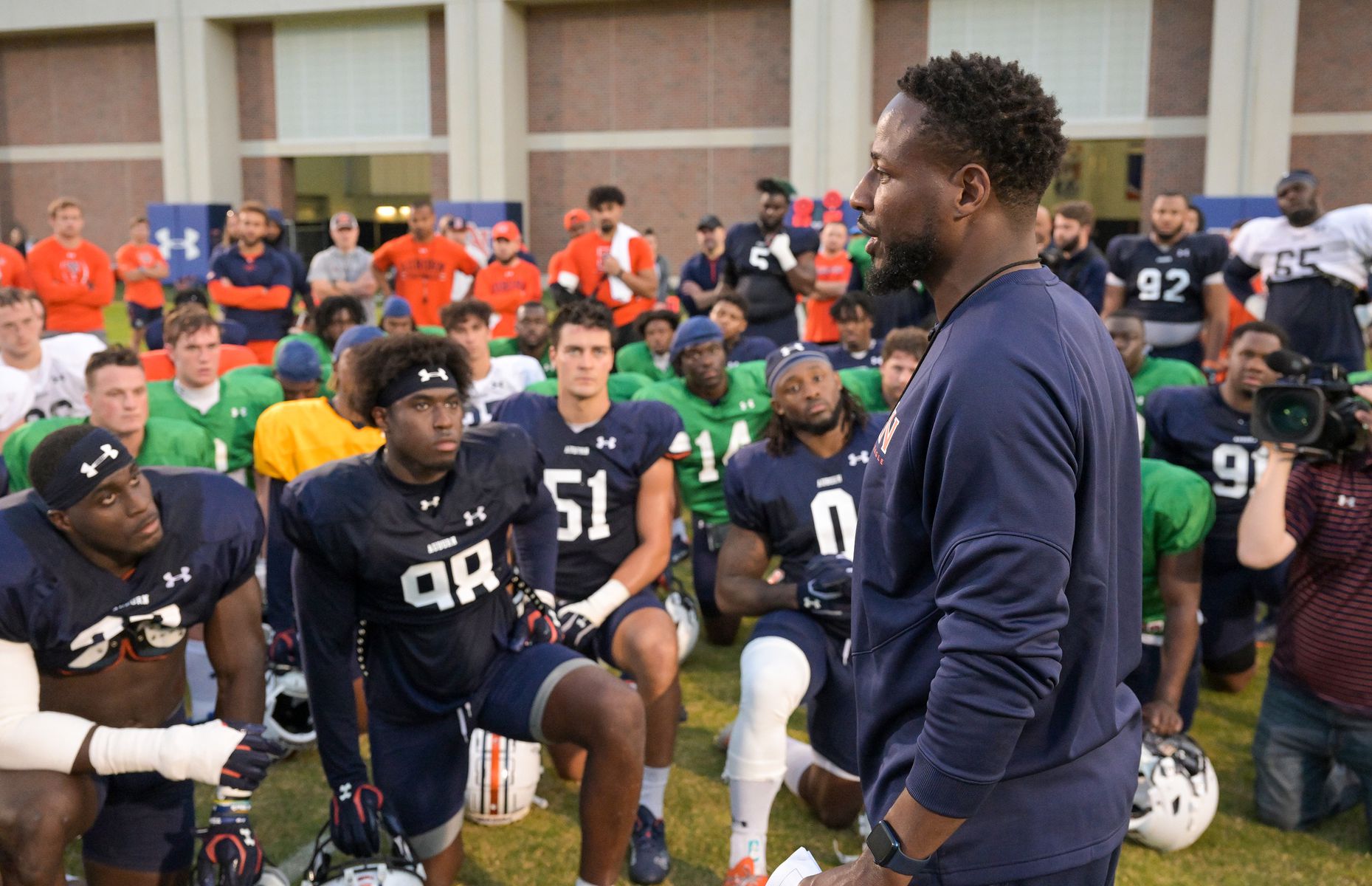 Carnell ‘Cadillac’ Williams rode a wave of emotions during his initial interactions with reporters as Auburn’s interim coach less than 48 hours after the program parted ways with Bryan Harsin.

Williams felt remorse for Harsin’s tenure lasting 21 games and ending with a four-game losing streak that he’s hoping to stop when the Tigers travel to Mississippi State (Saturday 6:30 CT for a road game. In many ways, the downfall of Harsin’s tenure came when the 6-3 Tigers blew a 28-3 lead against the Bulldogs at Jordan-Hare Stadium last season.

Inside the end of Bryan Harsin’s Auburn tenure

However, getting that win won’t be easy as Auburn enters the game as a 13-point underdog on most Las Vegas sportsbooks.

“I don’t know if we’re going to win a ballgame or not,” Williams said. “One thing that’s going to make me happy is if we play good football — and hard, Auburn football. I honestly — that’s what I want to get these kids to do, man — play hard and compete. At the end of the day, I told these kids, win, lose or draw, if we do that, not only will we make ourselves proud, but I know the Auburn family will be proud of us, too.”

Williams and Auburn have several questions to answer to get a win and salvage the season. Let’s take a look at a few of them.

1. What is the psyche of the team?

Auburn had four players declare intentions to enter the transfer portal last week heading into the 41-27 home loss against Arkansas. Several players admitted after the game that losing was starting to wear on them this season. Can Williams bring them together for a common goal? It’s been quiet as of the posting of this article, but does Williams believe he can keep the roster together through the four remaining games? Is it possible that a player or two might feel differently about leaving since Harsin is no longer the coach? Are there players who would go with Harsin if he lands another coaching job? Williams knows that in the age of the transfer portal and Name, Image, and Likeness, he’ll have to recruit his roster to stay as much as he does, getting new athletes to come to the Plains.

Williams is known as a prodigious recruiter while working as a position coach. His style will have to change somewhat since he’s the acting head coach. Who will be on the road while he’s handling the extra responsibilities of a head coach? What will Auburn’s message be to recruits? Auburn has quality, with most of the recruits in the class being three stars or higher, but not nearly enough depth. Auburn needs more quality and depth over the next few weeks in recruiting. Can Williams lead an initiative to get Auburn back where it wants to be?

Auburn allowed nearly 500 rushing yards against Ole Miss before the open date and almost 300 against Arkansas in Harsin’s last game. The Tigers entered the season hoping to establish the run on offense and stop it on defense. However, they got beaten up physically in losses against Penn State, Georgia, LSU, Arkansas, and the Rebels.

Auburn has one of the best running backs in the nation with Tank Bigsby. Jarquez Hunter continues to impress as the number two option, and freshman Damari Alston is coming along. Starting quarterback Robby Ashford led the Tigers with 87 rushing yards against Arkansas. The Tigers running attack has the potential to be great, but will the offensive line create enough holes?

Defensively, the problem started with missing tackles and missed assignments. If Auburn can remedy these issues, they’ll have a better shot at winning. If not, then the next four games could get ugly.