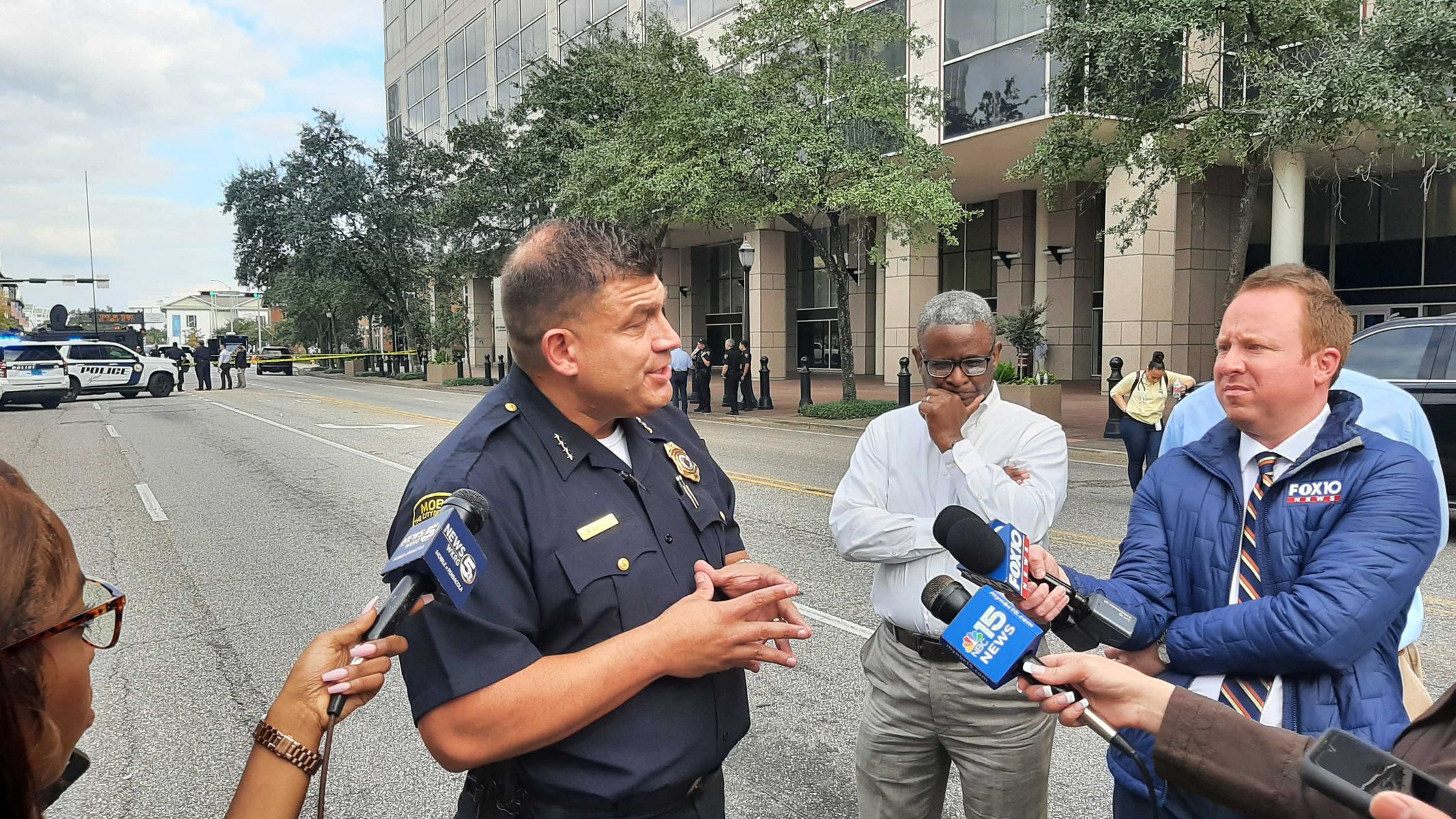 Mobile city officials praised their police department for its role in handling a tense standoff with a lone gunman Monday outside of Government Plaza.

But at the same time, some council members questioned if there was a better way to inform workers inside the downtown Mobile building about a shooting.

Councilman Scott Jones, during the council’s pre-conference meeting, said he was concerned there was no immediate notification to employees inside Government Plaza about the activity that was happening outside the building on Government Street.

“The technology is there, and we need to find a way to put that into place for employees,” said Jones.

Councilman William Carroll said he would like to see a text alert sent out to city employees whenever an emergency situation arises.

“We have the resources set up and we need to implement it,” said Carroll.

Indeed, the initial lockdown of Government Plaza was unknown among some city and county workers inside the building who first learned of the standoff while watching local TV reports that carried the entire incident live throughout its 5-1/2-hour duration.

The entire building was on lockdown for less than an hour in the morning. The northern portions of the building where the courthouses are located and which are adjacent to Government Street were shut down and employees and visitors were evacuated.

On the opposite end of the building, where the city and county offices are located, employees were allowed to enter and exit the building via Joachim Street.

Another suggestion was for an announcement about the situation to go out over the building’s public address system.

“I thought it was odd we were not informed through the PA system,” said Lisa Lambert, the city of Mobile’s clerk.

Lawrence Battiste, the city’s director of public safety, said there will be an “after-action” debriefing of the building’s lockdown to see what kind of improvements can be implemented if another emergency happens.

An after-action analysis is common for police to conduct after an major incident like Monday’s standoff.

“Could we do a better job? The answer is invariably ‘yes,’” said Battiste. “We are working to come up with a texting system and a notification system to alert all city employees that something is going on and they should be cautious.”

The council mostly praised the work of police, who spent over five hours attempting to negotiate with the gunman who was identified Tuesday morning at 49-year-old Terrance Duncan.

The standoff ended in tragedy despite efforts by police to get Duncan to turn himself in. Duncan fatally shot himself in the head around 3:30 p.m.

Battiste said that authorities are uncertain about Duncan’s motive. He and others have said that the incident is linked to a mental illness.

Battiste said police should know more details after an autopsy is completed.

Some council members said that Duncan’s behavior should alert Mobilians to untreated mental illnesses among residents in the city.

“I’ve been saying for months that we have a mental health problem with the city and we got to get that fixed,” said Jones.

Council President C.J. Small said he felt the incident was “yet another example” of Mobile dealing with a growing problem.

“A lot of times, I believe, we have these unnecessary murders that comes from mental illness,” Small said. “Mental illness is affecting our city and our citizens.”