McDonald’s Japan announced on Friday that its newest Happy Meal set, launching on November 4, will include a spinoff picture book for Makoto Shinkai‘s Suzume (Suzume no Tojimari or literally, Suzume’s Door-Locking) film.

The Suzume to Isu (Suzume and the Chair) picture book tells an original story for children that is linked to the film’s plot. Makoto Shinkai wrote the text, marking the first time he has worked on a picture book. Animator and illustrator Senbon Umishima drew the illustrations. The book also comes with stickers. 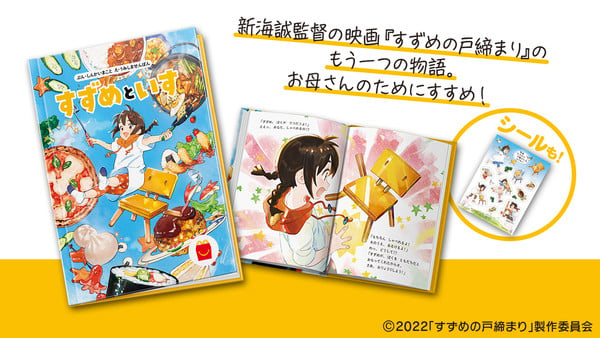 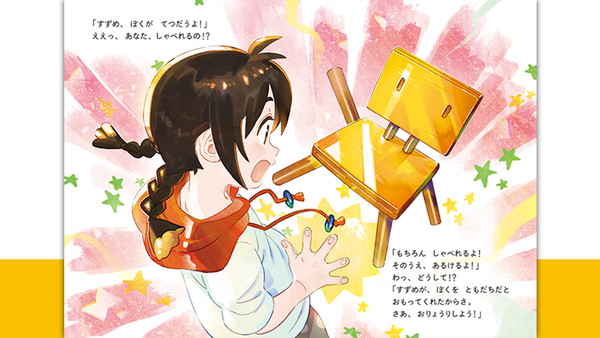 Shinkai tweeted that the picture book tells a “small prologue” that complements the film, but that he also aimed to make it an enjoyable book in its own right.

In the ad, Kamiki purchases a Happy Meal and asks himself how long it has been since he last read a picture book. He notices a child also reading the picture book and smiles.

The film will open in Japan on November 11.