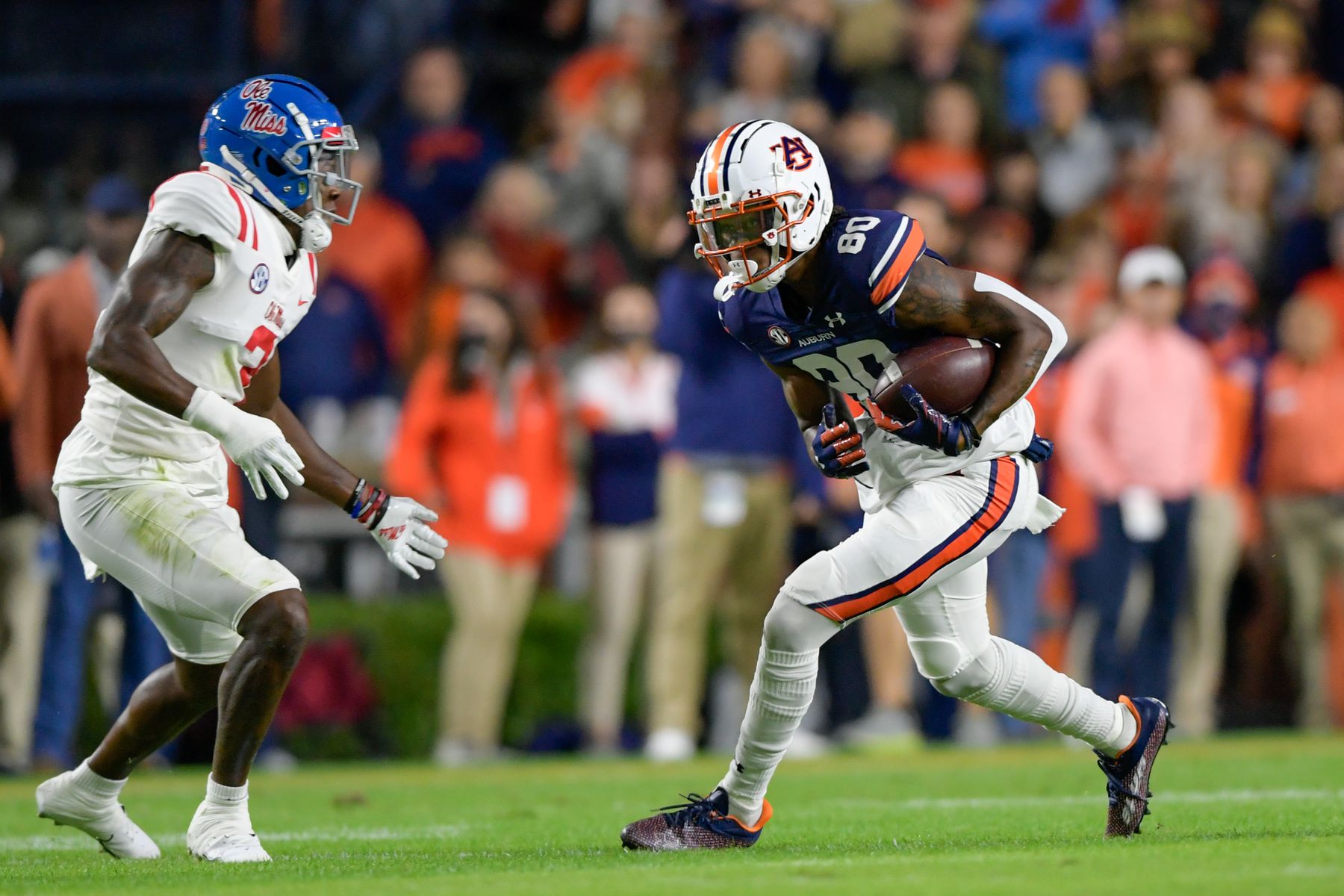 A fifth Auburn player has decided to leave the team and transfer at the end of the season.

Ze’Vian Capers, a former four-star wide receiver who is in his third year on the Plains, announced Tuesday morning that he plans to enter the transfer portal Dec. 5, when the fall transfer window opens. Capers is the first player to announce a decision to transfer in the wake of Bryan Harsin’s firing.

Capers was rated as the No. 132 overall player in the 2020 class and the 24th-best receiver in the nation coming out of Denmark High in Alpharetta, Ga. The former blue-chip prospect appeared in 23 games during his three seasons at Auburn, but after seeing the field in 10 games each of his first two years, he made an appearance in just three games this season: against Mercer and LSU at home, and on the road against Georgia.

He has just one 16-yard reception this season, which came in the road loss to the Bulldogs. During his time on the Plains, the 6-foot-4, 192-pounder caught 14 passes for 147 yards and a touchdown. His lone career touchdown came as a freshman during the pandemic-impacted 2020 season during Auburn’s win against LSU, which helped snap the program’s extended losing streak in Death Valley. His freshman season proved to be his most productive on the Plains, as he finished that year with seven receptions for 77 yards.

Capers is the third wide receiver to leave the program in the last week. Landen King and Tar’Varish Dawson Jr. announced their plans to transfer last week. That trio joins defensive lineman Zykeivous Walker and defensive back A.D. Diamond as players who have made clear this fall their intent to enter the transfer portal at the end of the season.