The December issue of Shueisha‘s Cocohana magazine revealed on Friday that Fumi Yoshinaga will launch a new manga titled Tamaki to Amane (Tamaki and Amane) in the magazine’s January 2023 issue, which will ship on November 28. The manga about the “different shapes that love takes” will get an omnibus serialization. Yoshinaga launched the Ōoku: The Inner Chambers manga in Hakusensha‘s Melody magazine in 2004, and ended it in December 2020. Hakusensha published the manga’s 19th and final volume in February 2021, and Viz Media published the final volume in English on March 15. The manga won the 2009 James Tiptree, Jr. Award, and won the Tezuka Osamu Cultural Prize in 2009. Its other honors include the 1st anan Manga Prize, the 56th Shogakukan Manga Prize in the shōjo division, the 5th Sense of Gender Prize’s Special Award, and most recently, the Grand Prize in the 42nd Nihon SF Taishō Awards in February. 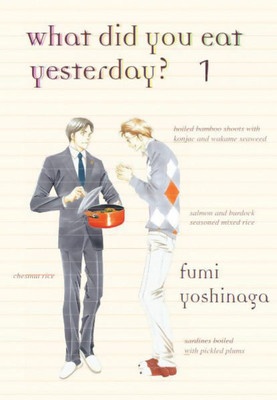 The series was nominated for the first Manga Taisho Awards (Cartoon Grand Prize) in 2008, and received a jury recommendation in the 13th Japan Media Arts Festival Awards in 2009. The manga also ranked on the “Book of the Year” list from Kadokawa Media Factory‘s book and manga news magazine Da Vinci in 2014 and 2016. The manga was nominated for the General Manga category in the 43rd Annual Kodansha Manga Awards in 2019.

The manga received a live-action television series adaptation, which premiered in April 2019 and aired for 12 episodes. It won the My Best TV Award at the 57th annual Galaxy Awards in March 2020.

The manga also inspired a live-action film adaptation, which premiered in Japan in November 2021.