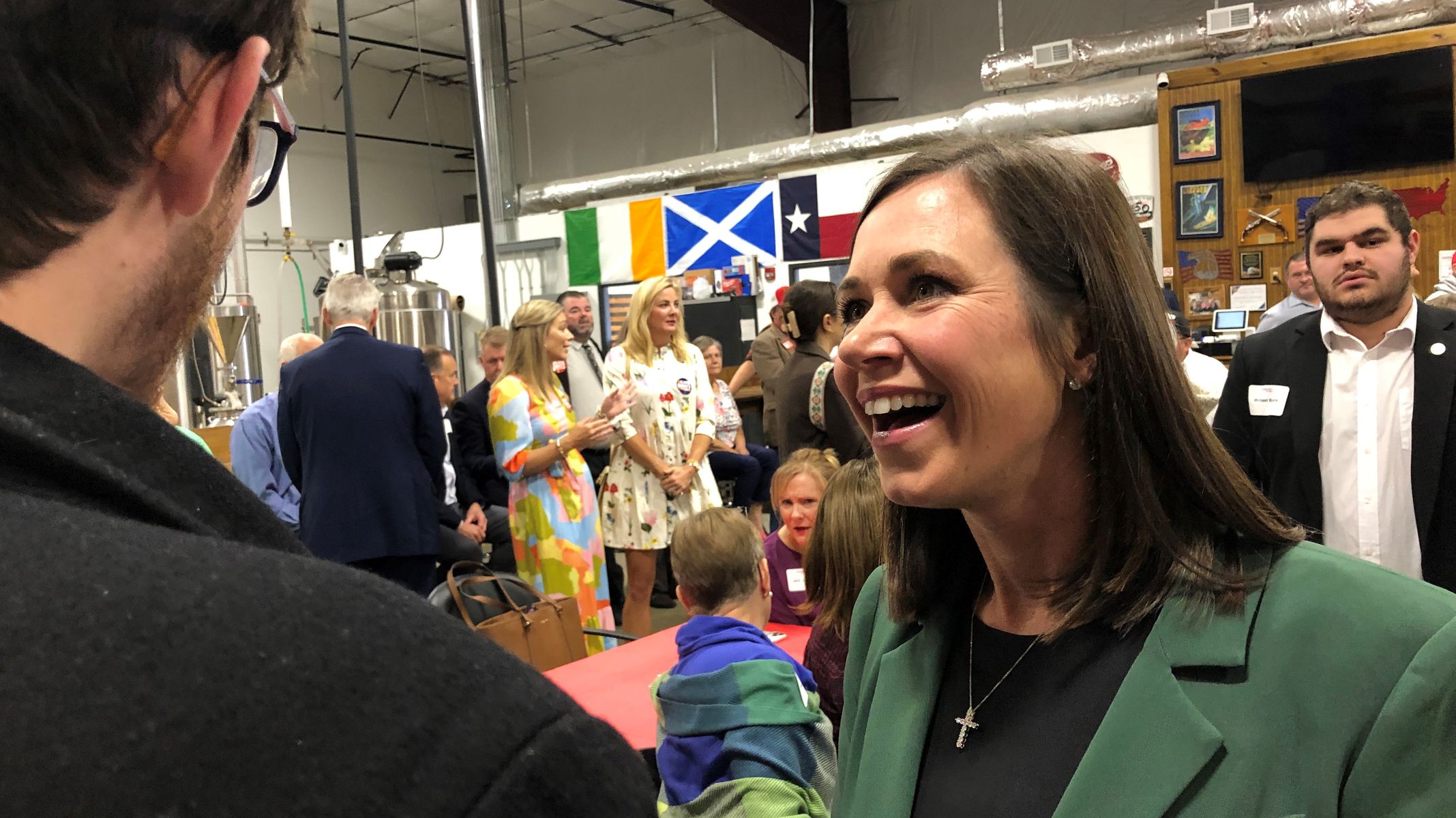 The “Mama on a Mission” had lunch at a campaign rally in Madison on Monday and planned to work the concession stand at a middle school basketball game in Montgomery on Monday night.

And, in eight days, Katie Britt is expected to be elected Alabama’s next U.S. senator.

But at the get-out-the-vote rally, with an elbow-to-elbow crowd at Black Patch Distillery, Britt promoted her plans as senator, criticized the polices of President Joe Biden and thanked the crowd for coming – being that it was Monday and Halloween.

“I know everybody has a ton going on,” Britt said. “But you’re here because you know what’s at stake. And y’all, we could not be more grateful.”

The Republican nominee with the “Mama on a Mission” campaign slogan and an overwhelming fundraising advantage over Democratic nominee Will Boyd and Libertarian John Sophocleus, Britt is considered the prohibitive favorite in the Nov. 8 election in ruby-red Alabama to succeed retiring Sen. Richard Shelby.

Britt captivated the audience in what’s becoming her trademark in such settings – delivering her sales pitch with passion, emotion and enthusiasm while touting Republican ideals. In her 14-minute speech, though, Britt never broached the popular Republican topic of election integrity. Nor did she mention former President Donald Trump – who endorsed Britt just before the GOP runoff in June after initially backing Congressman Mo Brooks in the race.

A harsh assessment of Biden, though, was an ongoing theme. In particular, Britt hammered the president on the 2021 withdrawal of troops from Afghanistan that damaged Biden’s approval rating that is yet to recover. During the evacuation, 13 U.S. troops were killed by a suicide bomber at the Kabul airport.

“Never did I think I’d see an American president get on bended knee to the Taliban, allowing them to dictate how and why and when we would leave, leaving Americans behind enemy lines, leaving Christian missionaries behind enemy lines, not keeping our word to our allies,” Britt said. “Folks, when you do that, you embolden the enemy, and you undermine our credibility across the globe.”

The crowd responded with applause.

“Unfortunately, we are seeing the effects of that today,” Britt continued. “And make no mistake: An emboldened Russia is an emboldened China is an emboldened Iran. We need leaders in Washington D.C. that understand peace through strength that will make sure that our military is ready, equipped and capable of keeping themselves safe and our country strong. And rest assured, in the United States Senate, that will be my priority each and every day.”

Britt also hit on Biden’s domestic policies, saying that under his “failed leadership, every single thing is moving in the wrong direction.”

“The effects of failed policies are real,” Britt said. “We have got to rein in spending, rein in this overburdensome regulation and we have got to be not just energy independent but energy dominant.”

The candidate also stumped briefly for another candidate. Britt talked about Tiffany Smiley, the U.S. Senate GOP nominee from the state of Washington whose husband, Scotty, lost his sight while serving in the Army in Iraq when injured by a suicide bomber. Smiley is facing longtime Democratic incumbent Patty Murray as Republicans try to win control of the Senate.

The Army sought to discharge Scotty Smiley after he lost his sight but went on to serve another 10 years as the first blind active-duty officer in the Army.

“I was on a panel with her and she has three boys,” Britt said. “And I get this quite a bit. And let me tell you, they asked her, they said, ‘Why are you doing this?’ She picked up that microphone. And she said, ‘Let me tell you this. My husband has never and will never see our three boys. And I will not allow that sacrifice to be in vain.’ Is Blue Bloods new this week? When do new episodes return? Latest News