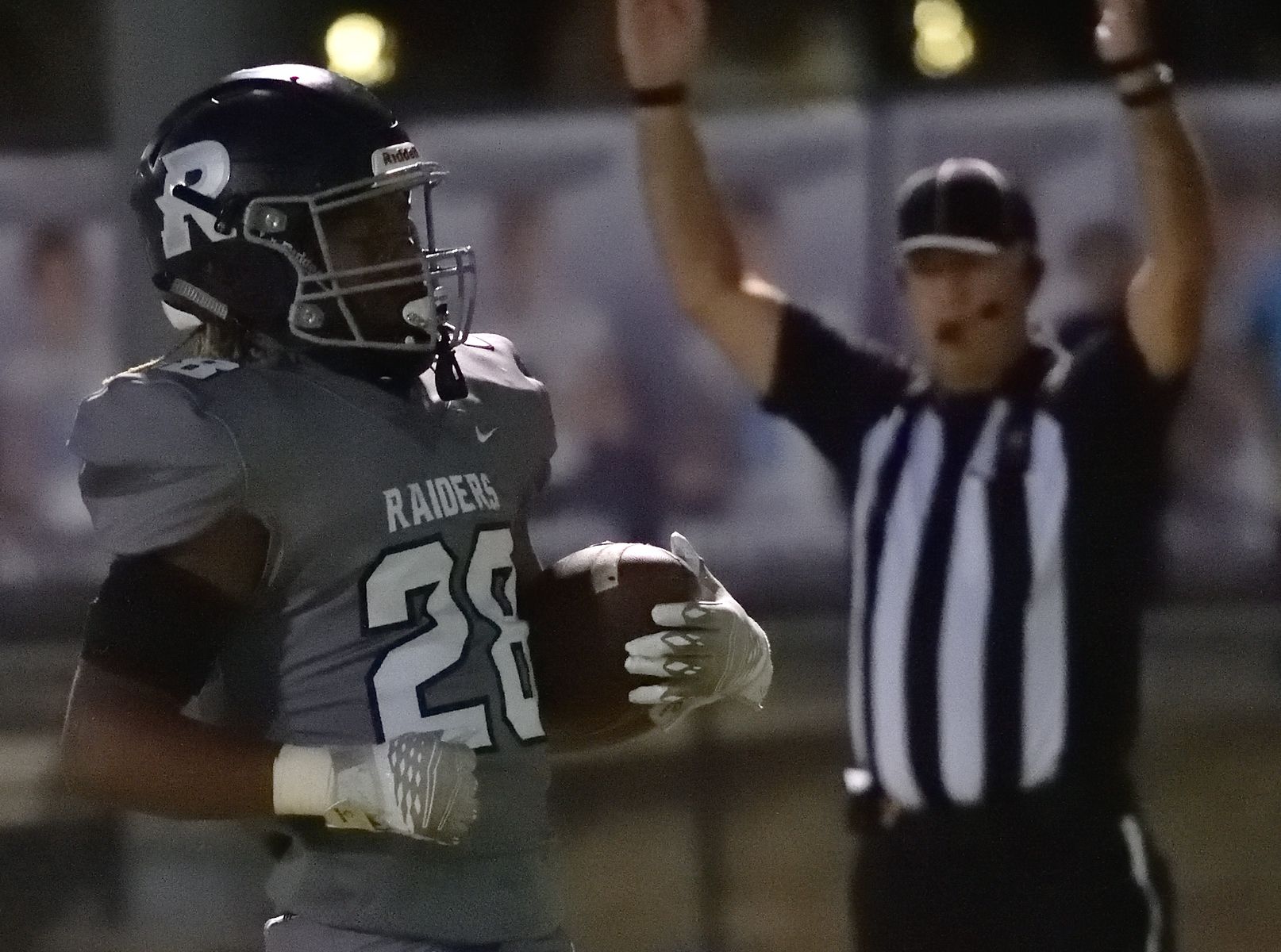 Hunter had two touchdown passes and two touchdown runs, and Strong caught both touchdowns and ran for another. Randolph (8-2) led 21-7 at halftime in the matchup of playoff-bound teams.

“It’s always a great win, especially when you can do it for your seniors,” Randolph third-year coach David Lloyd said. “And we had a lot of starters out due to injuries or sickness. So, to see our young guys step up like that and have success was really great to see.”

Hunter connected with Strong on a 47-yard catch and run and a 20-yarder. He scored on runs of 37 and 6 yards.

“The seniors, we’ve been playing most of us since like fifth grade,” Hunter said. “So, it feels great to finish strong and we’re going to keep it going.”

Strong, who has offers from Columbia and Tennessee, opened the scoring with his 12-yard run in the first quarter.

“It was a great night offensively and defensively,” Strong said. “We scored at will. We had a lot of injuries and we persevered through that. It was the next-guy-up mentality.”

Carson Jones ran for two touchdowns for the visiting Aggies (7-3).

Play of the game: Strong’s 12-yard run capped an eight-play, 87-yard drive after a Fairview fumble. Hunter Hess kicked the extra point for a 7-0 lead with 2:44 to go the first quarter.

Key sequence: One play after a Fairview interception, Hunter connected with Strong on the 47-yarder. Hess’ extra point made it 14-0 at 11:38 in the second quarter.

Coachspeak: “Defensively, we came up with some big takeaways. We had a fumble recovery and two interceptions. Offensively, I thought we were really efficient with the ball. I thought we did a good job protecting it. We look forward to the playoffs.” – Lloyd

“We put ourselves in some tough situations with some turnovers and penalties. I’m proud of our young guys for stepping up this week. We have had multiple injuries, and I was proud of the young men who stepped in and competed.” – Fairview coach George Redding

They said it …: “It was a very important game for us, our last regular season home game ever. We just wanted to come out here and win.” – Strong

“Coming out here and playing, winning the game, competing, especially at our last regular season home game. You never want to lose, just always want to come out here and compete and win the game.” – Goodson Birmingham woman flying high (to Portugal!) after competing on ‘The Price Is Right’ Latest News What will the Alabama legislature will look like in 2023? Who’s my legislator? Latest News Is Capturing The Killer Nurse Based On A True Story? – Latest News