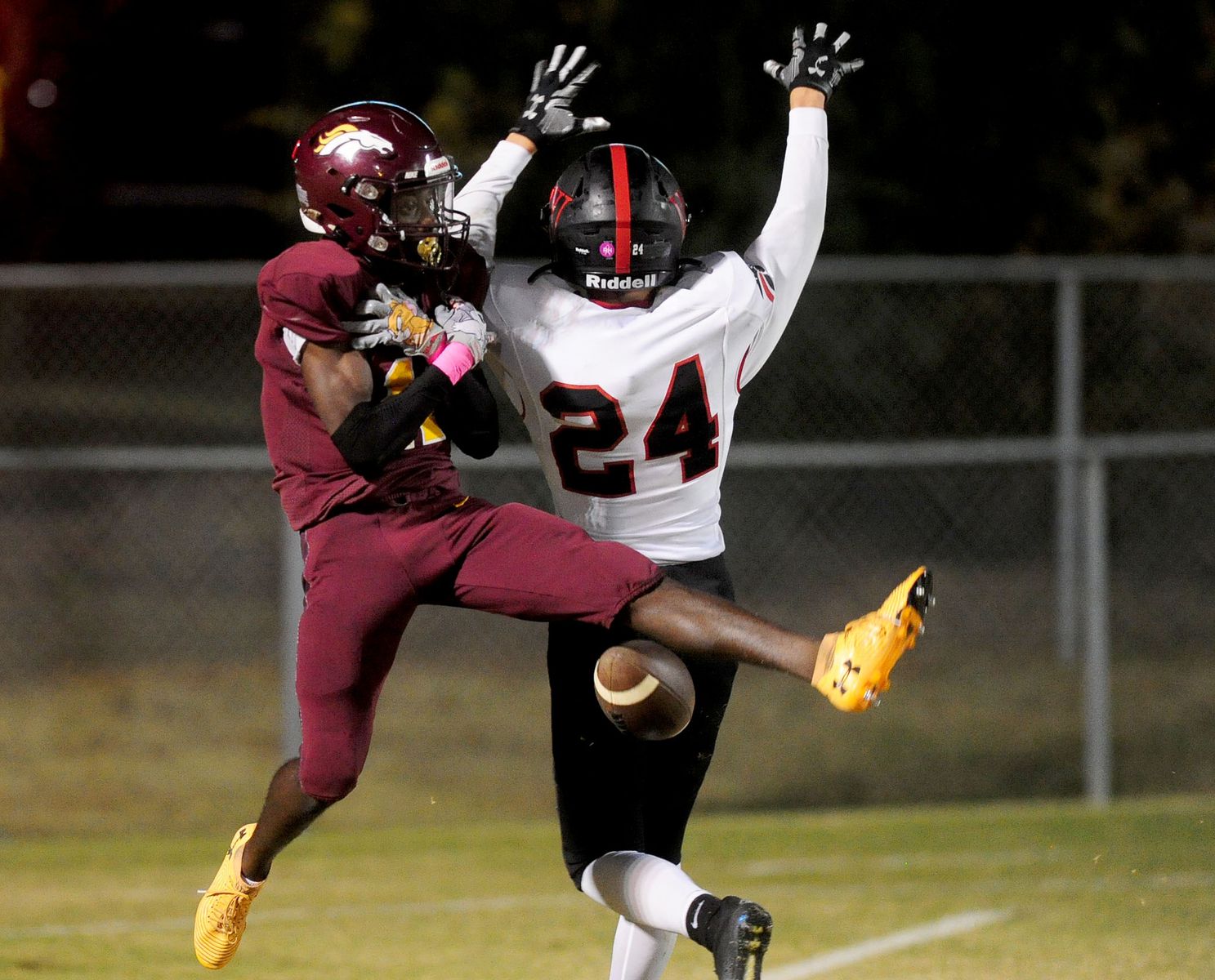 Madison Academy used big plays on offense and a stout defense in Friday’s 49-14 victory over Westminster Christian, as the Mustangs earned an eighth straight victory

The Wildcats (6-4) averaged over 56 points over their last five games, but the Mustangs (8-2) – ranked No. 10 in Class 3A – never allowed Westminster’s offense to get going and limited Westminster quarterback Brandon Musch to 118 yards passing.

The Mustangs took control by scoring three more touchdowns before halftime – a 76-yard pass from Creehan to Brewer, a 15-yard touchdown run from Creehan, and a 5-yard run by Cherry – for a 28-7 halftime lead.

Cherry scored on a 50-yard run on the Mustangs’ first second-half possession. Westminster’s T.J. Carter returned the ensuing kickoff 53 yards to the Mustang 35 yard line, and Musch hit Henry Claunch on a 10-yard swing pass for the Wildcats only score of the second half.

Madison Academy scored twice in the fourth quarter, a 2-yard run by Cherry and a 12-yard run by Josh Williams.

Star of the Game: Cherry ran for four touchdowns and amassed 166 yards on the ground.

What’s next?: Madison Academy hosts Phil Campbell in the first round of the playoffs as the top seed from 3A, Region 7. Westminster travels to West Morgan in the 4A playoffs as No. 3 seed from Region 8.