Additionally, HIDIVE announced it will stream Dubcasts for the following fall 2022 season anime: Akiba Maid War, The Eminence in Shadow, Urusei Yatsura, and Reincarnated as a Sword. The company will reveal debut dates and English dub casts at a later date.

HIDIVE also confirmed that it will stream the Ragna Crimson anime next year. Sentai Filmworks has licensed the series. 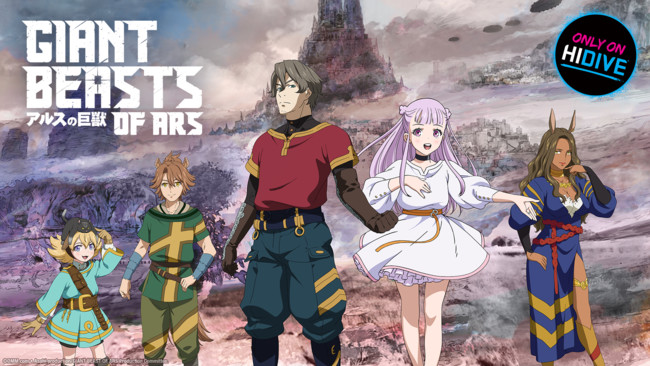 Giant Beasts of Ars (Ars no Kyojū) is an original co-production anime between DMM and HIDIVE. Asahi Production is animating the series. The anime will premiere in January 2023 and is part of HIDIVE‘s winter 2023 simulcast season.

The great beasts created the land, but humans stole it. Angered, the beasts began eating humans, who in turn called upon the gods to fight the beasts. In the age of the sword, heroes and mythology, giant beasts are hunted by humans for profit. Jiro, who makes his living hunting beasts, encounters Kuumi, who is being chased by someone, and in that moment decides to save her. As rumors spread regarding humanity and a mysterious experiment, together they seek to discover the world’s secrets. 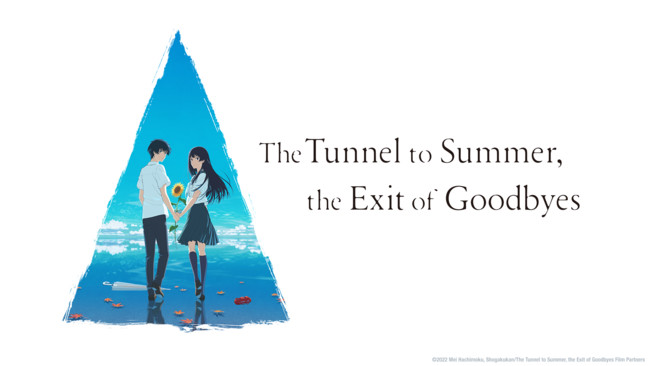 The Tunnel to Summer, the Exit of Goodbyes (Natsu e no Tunnel, Sayonara no Deguchi) is an anime film adaptation of Mei Hachimoku and Kukka‘s young adult novel of the same name. The film opened in Japan on September 9. HIDIVE will screen the film in theaters in the first quarter of 2023 before streaming the series on its service.

Urashima Tunnel – Once you enter that tunnel, you can get whatever you want, but at a price. Kaoru Tohno, who seems to have an elusive personality and traumatic past, and Anzu Hanashiro, who is struggling to reconcile her ideal image and true-to-heart attitude, team up to investigate the Urashima Tunnel and get what they want. This is an unforgettable summer story of nostalgia and sprinting in a remote countryside.

Seven Seas Entertainment has licensed both the original light novel and its manga adaptation. 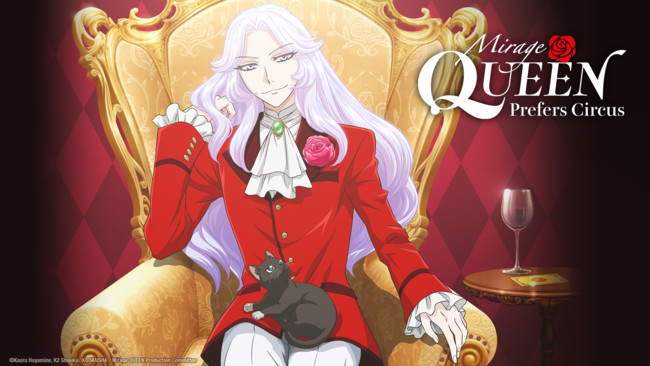 They always steal the prey they aim for. That is Phantom Thief Queen. Gender, age, nationality unknown. Together with their partner Joker, RD, they travel around the world on the airship Troubadour. This time, the Queen is aiming for a cursed jewel, the legendary Rose of Linden. A hypnotist, an acrobat, a magician…the talented circus members challenge the Queen! What is their purpose? In order to get back the jewel, the Queen stands up to the challenge in a bold and brilliant way (or disguise). Nothing is impossible for the Queen!

Saori Den (Pokémon episode director) directed the project at East Fish Studio, and Mariko Kunisawa (Ascendance of a Bookworm, Orient) wrote the script. Kumiko Kawashima (Fantasista Stella) designed the characters. Moe Hyūga (Steins;Gate 0, If My Favorite Pop Idol Made it to the Budokan, I Would Die) composed the music. Toshiki Kameyama was the sound director at Bit Groove Promotion. Pony Canyon distributed the anime. 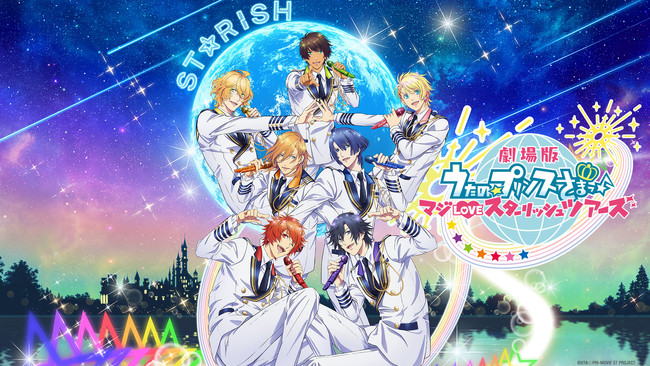 With the great success of “Maji LOVE LIVE Kingdom”,
the members of ST☆RISH have been busy with their idol activities. However, while their success has brought a sense of fulfillment, they began to have feelings they never felt before. “What do we do from now on…” At that time, a call comes in from the Shining Office summoning everyone to receive a “reward.” What is it…? This is the behind-the-scenes story of ST☆RISH, connecting “Maji LOVE Kingdom” to the “Maji LOVE ST☆RISH Tours.”