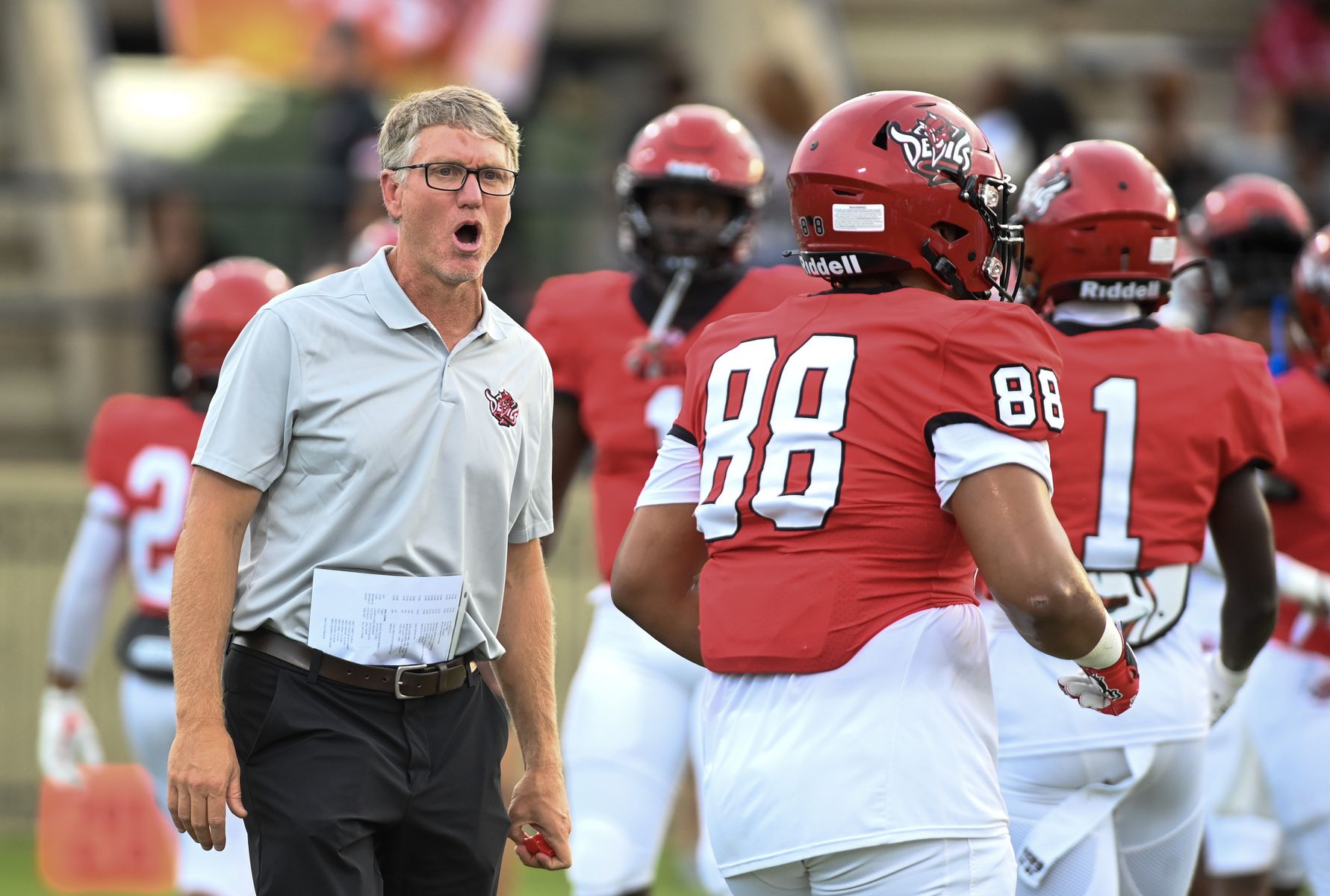 No. 2-ranked Central-Phenix City asserted itself with three long scoring drives in the second and third quarters to break No. 9 Prattville’s uncomfortable embrace and went on to a 27-7 victory to clinch the 7A Region 2 championship Friday night on Trawick Field at Garrett-Harrison Stadium.

The Red Devils (8-2, 7-1) won the region championship for the eighth time in the last nine years but looked far from a polished contender for their first state championship since 2018 and fourth appearance in the Super 7 in the last five seasons.

Nonetheless, Nix could savor the school’s 17th region crown and home-field advantage in the playoffs, beginning with resurgent Mary G. Montgomery at home next Friday.

“It’s a big win,” he said. “We won the region and beat a very good football team that played well down the stretch. We knew coming in they had a very good defense. They’re very physical. We’ve just got to go one at a time now.”

The Red Devils managed only 39 yards and three first downs until midway through the second quarter, when they drove 80 yards in 10 plays for quarterback Jaylin Epps’ 6-yard touchdown run and a 6-0 halftime lead.

After driving 74 and 77 yards in the third quarter for a 20-0 lead, Central held the Lions (6-4, 4-4) to only 13 yards and six plays in the fourth quarter and secured the victory on Romello Green’s 5-yard TD run to make it 27-7 after Jayden Coleman’s interception at the Prattville 31 gave the Red Devils a short field.

“Defensively, we played excellent and offensively we made enough plays to put some points on the board,” Nix said.

After losing to Central and region runner-up Auburn, Lions coach Jason Wallace thinks his team played the eventual winner of the Blue Map.

“I think the state champion will come from our region,” he said.

Missed opportunities: Prattville had plenty of chances to set the stage for an upset, reaching Central’s 24 and 27 in the first half and the 17 in the third quarter, but failed to score all three times. Quarterback Cameron Richardson underthrew a fade route that was intercepted by Quintavious Billingsley in the end zone and Reid Montgomery missed a 43-yard field goal and had a 34-yarder blocked by Isaia Faga.

“When you play a good football team like that, we had three opportunities to put points on the board in the first half and we didn’t take advantage of it and it came back to bite us,” Wallace said.

Play of the game: Trailing 6-0, the Lions drove from their 25 to the Red Devils’ 17 on their first series of the second half, mainly on a 53-yard pass from Richardson to Kameron Shanks, who shook off a missed tackle. But Central forced a field goal that Faga blocked and from that point the Red Devils took command.

Stat sheet: Central had 330 yards of total offense, 199 rushing, and controlled the ball for 17 of the 24 minutes in the second half … the Red Devils were perfectly balanced before Friday night, averaging 207 yards passing and 204 rushing … Prattville had only 35 yards rushing for the game and three first downs in the second half … Green, who scored on a pair of 5-yard runs, had 89 yards on 12 carries … Epps, who had averaged 8 yards per play coming into the game, was 9-of-19 passing for 131 yards and had 47 yards on seven carries … Epps twice overthrew open receivers deep against single coverage but threw a 31-yard fade to Cam Coleman for a 13-0 lead in the third quarter.

“They just have a good defense,” Nix said of the Lions. “We missed some blocks and all it takes is one. And we overthrew some passes.”

Notable injuries: Epps came off the field slowly after getting roughed in the fourth quarter and five-star defensive back A.J. Harris, the team’s leading tackler who has committed to Georgia, did not dress out. Nix declined to elaborate on their status going into the playoffs.

He said it: “Next year, I think our guys will be more prepared for this type of game. I think we’re finally speaking the same language. We fought back from adversity as the season progressed. We lost a game to Dothan we should have won and to Smiths Station. We should have won those games. But our guys battled back.” — Wallace on the Lions, who had won four straight before Friday’s loss. Abdu Rozik persuades Archana Gautam to deal with the situation calmly; teaches, “You kill your dushman with sugar” Latest News