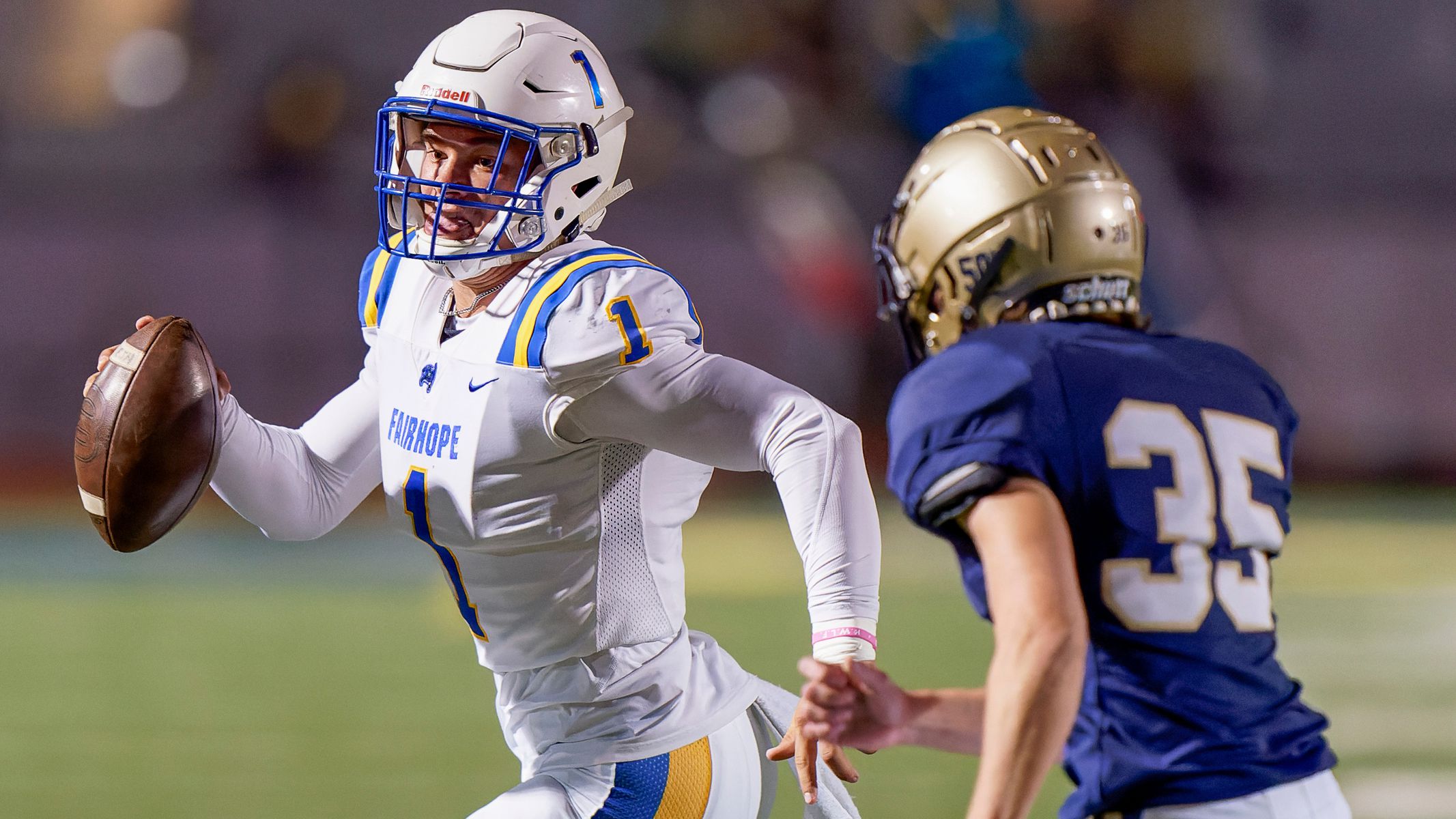 But for every Briarwood comeback, Fairhope had an answer. Creel hit senior wideout Ben Moseley for two scores, and Moseley ended the night with 13 catches for 93 yards.

“This is a team that’s had a lot of difficulty,” Pirates head coach Tim Carter said. “For example, this week we had 21 kids out on Tuesday and Wednesday with a flu that was running through our school. We’ve had some injuries, too, but they just keep playing hard. We’re very proud of eight wins this season. We were region champs a year ago and lost a lot of players. But this is a great senior class that’s stepped up, and it’s been a really fun regular season.”

Fairhope will play at Auburn in the first round of the 7A playoffs next week.

For the Lions, Friday’s loss on senior night was a tough way to cap a difficult season. After making the second round of the 6A playoffs, Briarwood found themselves battling all season long.

“I can’t imagine playing with anyone else,” said Vizzina, whose next appearance is scheduled to be in the Alabama-Mississippi Game. “These are my best friends, the guys I started playing football with … This is my family, and I wouldn’t have wanted to ever be anywhere else.”

This Lions senior class has been with head coach Matthew Forrester since Forrester’s first year helming the program.

“I’ve had them from freshmen until now,” Forrester said. “Just saying their names, calling them for attendance, all that stuff, it’s been my whole head coaching career. I’m incredibly proud of them and the work they’ve put in.”

Play of the Game: With 9:09 left, Creel took a fake punt eight yards to the Briarwood 24-yard line to convert on fourth-and-6 to maintain possession of the ball for Fairhope. Four plays later, Creel ran in from one yard out.

By the numbers: 10:35 left in the 4th quarter … that’s when Creel threw his first incompletion of the game.

Stats: Creel was 28-of-30 for 179 yards and two touchdowns, while adding 152 rushing yards and one score on 22 carries. By comparison, Vizzina threw for 312 yards and a pair of touchdowns, adding another score with a two-yard plunge off the left side.

They said it: “He’s special … he played really well tonight. We jumped out on them early and never let up.” — Carter on the performance of senior quarterback Caden Creel

“C.V. … he’s a special kid. Obviously his talent is special, but what he means to our school and our program, of how he carries himself and represents our school is a really different and unique thing. I’m incredibly grateful to have coached him.” — Forrester, on senior quarterback Christopher Vizzina