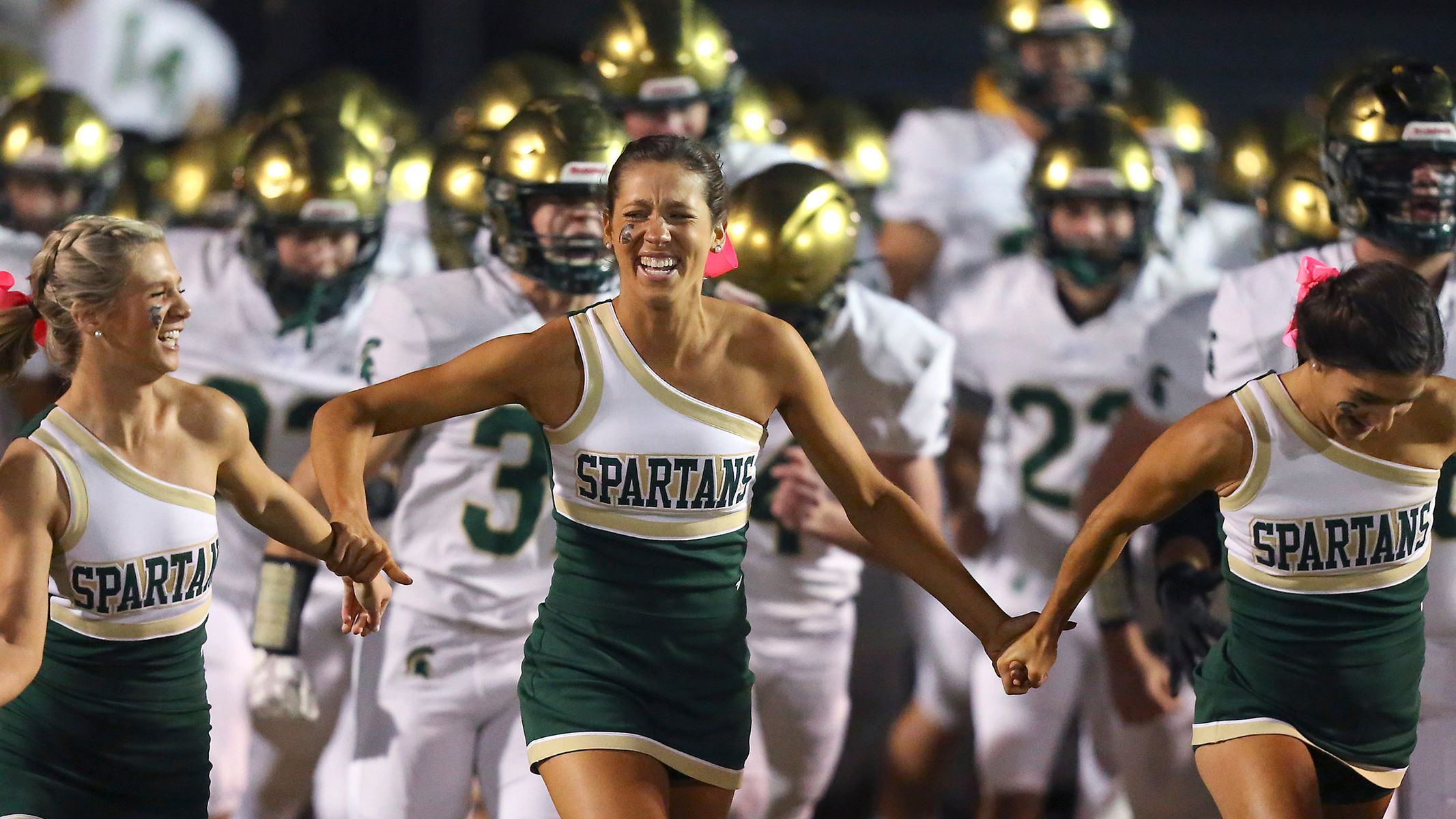 Senior quarterback John Colvin passed for 311 yards and a trio of touchdowns at Hornets Stadium on Thursday night as Mountain Brook tuned up for next week’s 6A state playoffs with a resounding 41-7 win over 7A Baker.

The 6-foot-4 Colvin had 232 yards through the air in the first half alone as the 10th-ranked Spartans (8-2) jumped all over the Hornets (4-6) in the first two periods and took a 27-0 cushion to the locker room.

“After we lost to Gardendale, we just came out with a fire this week and were ready to play,” said Colvin, a big smile creeping across his face.

“We were ready to play last Saturday.”

After Gardendale snatched the Region 5 title from Mountain Brook with a heart-stopping, last-second 29-28 victory at Spartan Stadium last Friday night, Colvin said the entire team was laser-focused on getting back on track and couldn’t wait to get to Mobile.

“We knew we were going to lock in and play our best ball tonight because losing (the region title) really meant a lot to us,” he said. “But instead of letting it get us down, we just kind of got together and got better from it.”

Colvin tossed scoring passes of 68 yards to Jackson Beatty, 9 yards to Carter Kelley and a 12-yarder to Rob Gillespie, who finished with 5 catches for 74 yards.

Meanwhile, Spartans running back Cole Gamble and the Mountain Brook offensive line were equally locked in.

The 6-foot junior ran through and around Baker’s defense all night long, finishing with 126 yards on the ground and three TD’s.

“After last week’s loss, we were just ready to regroup,” said Gamble.

Spartans’ placekicker David Wood was true on 5 of 6 PAT’s, while Baker’s only score came on the third play of the second half when quarterback Joshua Flowers found Bryce Cain on a 77-yard catch and run, and Hunter Kilgore knocked home the PAT.

Star of the game: Colvin led two 10-play scoring drives of 72 and 66 yards to open the game, and his command of things was on display early.

Play of the game: After going up 14-0, the defense forced Baker into a 3rd consecutive 3-and-out, and Colvin wasted no time finding Beatty on the 68-yarder to erase any doubt (not that there ever was) about Mountain Brook’s focus.

Key sequence: The coin toss. The Spartans won the flip and didn’t hesitate to ask for the ball.

By the numbers: 6: Number of passes in a row Colvin hit, including the 12-yard TD toss to Gillespie, after Baker’s only score; 17: Number of first downs for Mountain Brook in the first half; 22: Number of plays it took the Spartans to manufacture a 20-point lead in the first quarter. 1: Number of times the two teams have met.

Coachspeak: “We would’ve have gone to Mars to play. We just wanted to play somebody and get that (Gardendale loss) out of our system. Our kids had something to prove to themselves more that anything else. They played with great, great passion.” — Spartans 17-year coach Chris Yeager.

“We wanted to not make mistakes that put us in a bind, and we didn’t do that. We’re still making the same mistakes, and we cannot do that. We’ve got to eliminate those things in order for us to move forward.” — Baker coach Steve Normand

What’s next? Both host opening-round playoff games next week, with Mountain Brook welcoming in Pinson Valley, while Baker will entertain the 7A Region 2, number 3 seed that will be determined after Friday night’s games. Manoj Bajpayee On How Gali Guleiyan Now Streaming On Amazon, Brought Him Close To A Nervous Breakdown Latest News