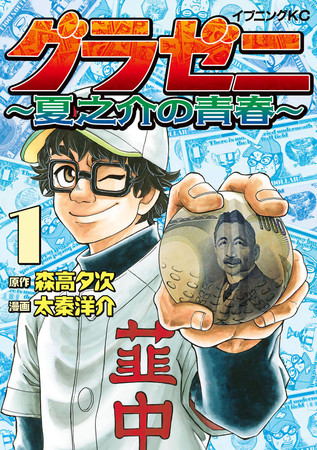 This year’s 22nd issue of Kodansha‘s Evening magazine announced on Tuesday that Yūji Moritaka and artist Yōsuke Uzumaki’s Gurazeni: Natsunosuke no Seishun (Gurazeni: Natsunosuke’s Youth) spinoff manga will end in the magazine’s 23rd issue, which will ship on November 8.

The manga took a break in July 2021 due to Uzumaki’s health.

The manga debuted in Evening in March 2020. The manga’s fifth compiled book volume shipped on October 21. The sixth and final volume will ship in February 2023.

Moritaka and Keiji Adachi‘s Gurazeni baseball manga focuses on a baseball team that operates as a highly-stratified society, where the player’s performance determines his annual salary. The story follows an eight-year relief pitcher with an odd left-handed side-arm throw named Natsunosuke Banba as he fights to survive under the team’s strict system.

The original manga inspired two television anime series, which premiered in April 2018 and October 2018. Crunchyroll streamed both anime as they aired.