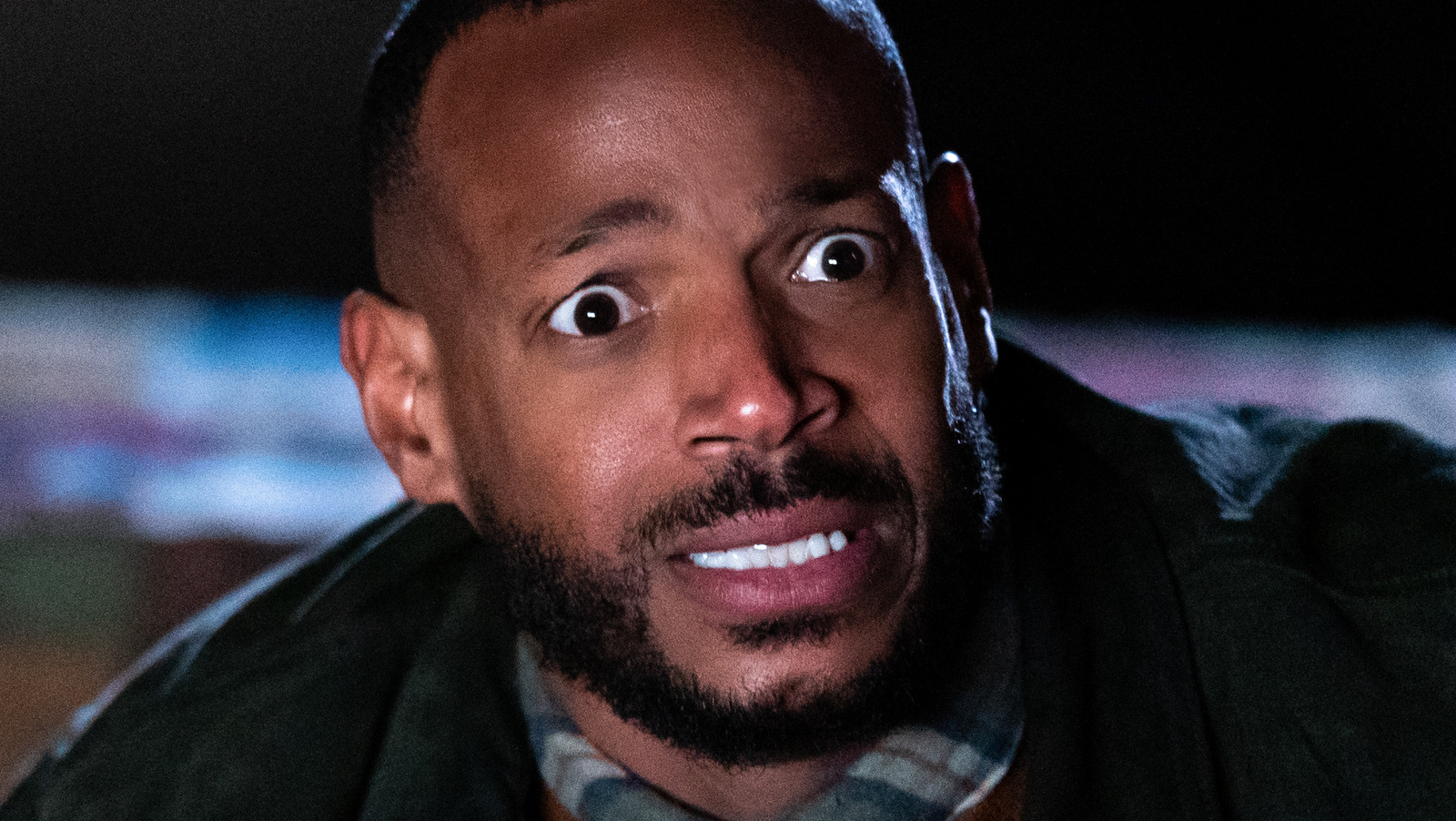 The film’s villain is a spectral menace by the name of Stingy Jack, a local legend celebrated by the townsfolk of Bridge Hollow at the Halloween carnival each year. Mayor Tammy (Lauren Lapkus, sporting a broad Boston accent) loves the story of Stingy Jack so much that she not only drives around in a pickup truck decorated like a giant pumpkin, but wears a sweater that tells his story in its design. The legend goes that Stingy Jack was so hated by the townspeople that they hanged him in the town square. But Jack had at least one friend: The Devil himself, who would allow Jack to return to life one night a year to wreak havoc upon the living. But what Mayor Tammy and the rest of Bridge Hollow don’t realize is that Stingy Jack is all too real, trapped inside a locked box in the attic of the Gordons’ new house, just waiting for someone to free him.

As the film correctly notes, the real legend of Stingy Jack partly inspired the tradition of Halloween jack-o-lanterns, first in the legend’s native Ireland and then in the United States (via National Geographic). One difference, though, is that the film’s version has been heavily altered in order to make Jack a clear villain. In the original folktale, Jack is a trickster who fools the Devil but is barred from Heaven due to his general unsavoriness, cursed to wander the Earth for eternity. The film’s Stingy Jack is a more malevolent force, though the choice to give him such a violent backstory feels odd, especially when Mayor Tammy welcomes what appears to be Bridge Hollow’s only Black family while wearing a sweater depicting a lynch mob.