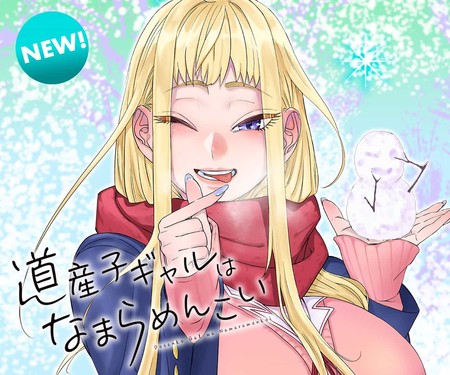 There will be a stage event at the Jump Studio NEO area during the Jump Festa ’23 event at the Makuhari Messe event hall in Chiba on December 17-18.

Shueisha‘s MANGA Plus website is publishing the manga in English, and it describes the story:

High school boy Tsubasa moves to Kitami City up in Hokkaido, where he meets a “gal” at a bus stop. The sight of her standing alone against the white snowscape, bare-legged despite the freezing cold, captures his heart.

Ikada launched the manga on Shueisha‘s Shonen Jump+ app in September 2019. Shueisha published the manga’s eighth compiled book volume on June 3, and it will publish the ninth volume on November 4.