All Bollywood stars, including Sonakshi Sinha, Sara Ali Khan, Sonam Kapoor, and Alia Bhatt, faced weight loss struggles prior to their success. The performers were successful in losing a ton of weight after vigorous exercise and dieting, and they even gave us some serious fitness objectives. Take a peek at their before and after photos and learn about how they lost weight.

Before making her acting debut in the Salman Khan-starring movie Dabanng in 2010, Sonakshi Sinha shed 30 pounds. She continued to receive abuse, nevertheless, for not having the physique of a traditional Bollywood star. Even more so, she acknowledged, “You know, I was always an overweight child. In high school, I weighed 95 kilograms. People made fun of how I looked and how much I weighed.” She did, however, undergo an incredible transition during the past ten years. Countless people adore Sara Ali Khan. The performer made numerous news stories for reasons other than her movie, including her remarkable makeover. The amazing metamorphosis from 96 kg to a gorgeous diva has left many people in awe. She had added in an interview with a news website, “We may talk about acceptance and equality, but you would not watch a movie with your lead heroine having 96 kg.” In terms of her emotional, physical, and mental well-being and confidence, Sara wished to feel strong. She never considered herself fit, much less a size zero. Sonam Kapoor Ahuja, the glamorous and style icon of Bollywood, is without a doubt the most fashionable diva of B-town. Many of you are unaware that she battled obesity and polycystic ovarian syndrome (PCOS) before working in the film industry. Sonam weighed close to 86 kg by the time she reached 19 years old. By maintaining a healthy lifestyle and adhering to a rigorous food plan, she was able to lose an astounding 35 kg in just about two years. 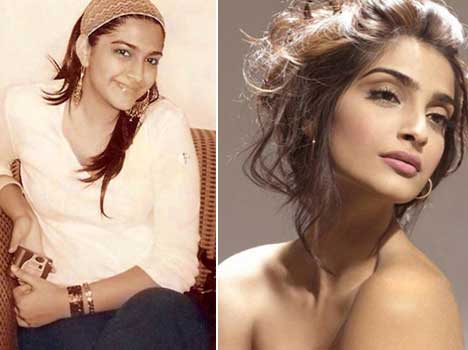 When Alia Bhatt was a teenager, she was a plump girl. She started off at 68 kilograms and has since shed 16 kilos before entering the Bollywood industry. Her weight presented a significant obstacle before enrolling in the movies, making it difficult for her to get her first break. When Alia applied for Student of the Year, she was on the heavier side. Karan Johar made it clear that he would only consider her for the lead role if she lost 20 kilograms in the following six months, and Alia accepted the challenge. Also Read: Are You Pregnant? These Alia Bhatt’s Pregnancy Outfits Will Inspire You Emotional moment in the house; Housemates gets teary eyes as they receive gift from their families Latest News