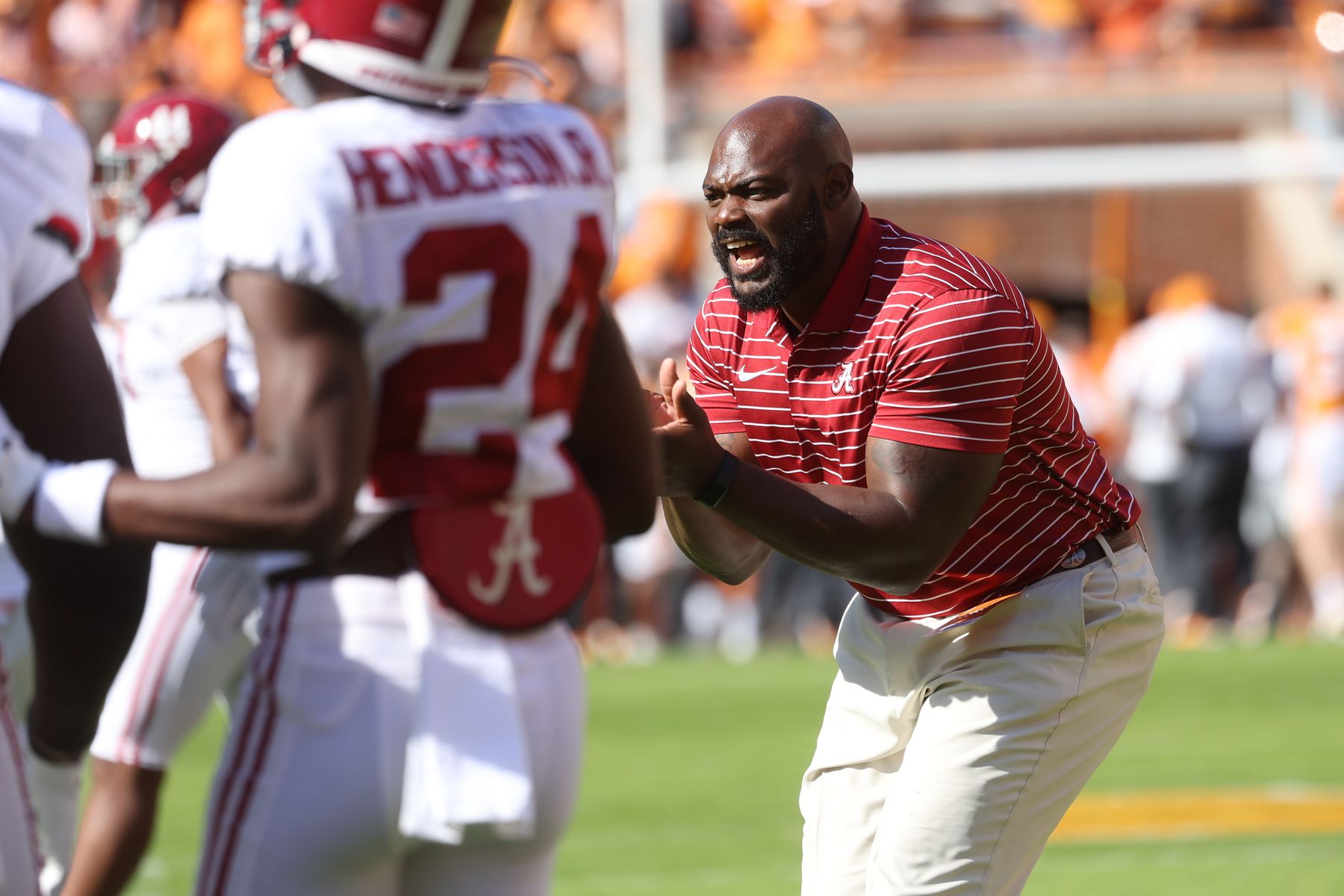 It would be somewhat fitting if the Crimson Tide’s recruiting class received a boost through two of its strongest units, the defensive line and the secondary. The eight players in those two positions have helped bring Nick Saban’s 23-player class to the top-ranked in the country, per 247Sports team composite rankings.

A path to a historic group for the Tide includes the next elite high schoolers to announce in five-stars Cormani McClain and Keon Keeley, as well as four-star Daevin Hobbs.

McClain, a cornerback from Lakeland (Fla.) High, is the No. 4 prospect in the country and best cornerback in the cycle. At 6-foot-2, 165-pounds, he’s a boundary cornerback with remarkable athleticism. The best senior nationwide yet to commit. He’ll announce on Oct. 27 between Alabama, Florida and Miami.

The Gators are the favorites as Billy Napier’s program is the hometown program for McClain and may be the difference. A dogged recruiting effort by Holmon Wiggins and Travaris Robinson has the Tide in the mix. It currently has three other five-star defensive backs, and one cornerback in Florence’s Jahlil Hurley.

Keeley would be a game-changing addition for Saban and co. A 6-foot-6, 240-pound EDGE rusher from Berkeley (Fla.) Prep, he decomitted from Notre Dame and has since been linked to Tuscaloosa. He was in town for a star-studded weekend versus Texas A&M and has been the focus of some social media recruiting from Tide commits. Keeley’s timeline is unclear. but he’s made a trip to his other major contender in Ohio State while Florida lingers.

For Hobbs, it’s a six-team race between the Tide, Tennessee, North Carolina, Michigan, Ohio State and Georgia. Joe Cox and Freddie Roach led other Alabama coaches to develop a relationship this past weekend while Hobbs was in town for the Mississippi State game. Hobbs has 19 tackles and three sacks in a 7-1 start for Jay M. Robinson (NC) High.

Hobbs is ranked as the No. 12 defensive lineman in the nation and the second-best prospect in North Carolina, per 247Sports. The 6-foot-4, 262-pounder is announcing on Nov. 25.

Other prospects the Tide will be monitoring include the G.W. Carver-Montgomery pair of Qua Russaw and James Smith. IMG (Fla.) Academy cornerback Desmond Ricks also reclassified to 2023, making the cornerback a premier targets for multiple schools. What Does It Actually Mean In The Film? – Latest News