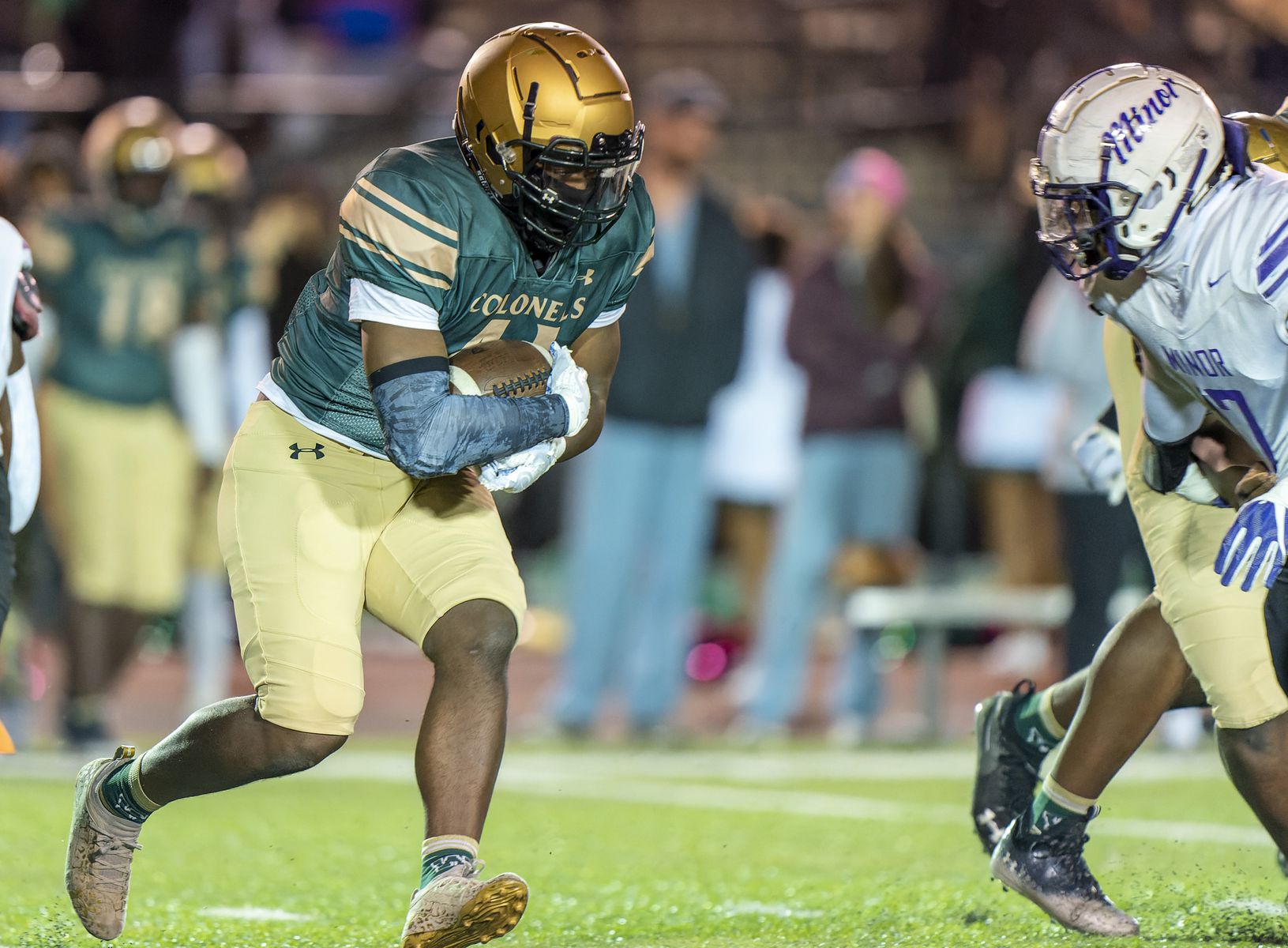 Woodlawn’s Jaylen Murray grabbed two of his team’s five takeaways and the Colonels battled their way to a 22-18 victory over Minor on Thursday in a crucial Class 6A, Region 5 showdown at Birmingham’s Lawson Field.

Woodlawn (5-4, 2-4) played spoiler to Minor, resulting in the Tenacious Tigers missing out on the playoffs for a second straight season. With Jackson-Olin’s 24-17 win over Mortimer Jordan, the Mustangs earn the final playoff spot in Region 5.

Minor jumped ahead 12-0 midway through the opening quarter and held Woodlawn scoreless until less than four minutes remained in the first half. Javarrie Allen scored the first points of the game, capping a 10-play, 65-yard drive with an 11-yard touchdown run. Quarterback Kareem Keye added Minor’s second score on an 8-yard touchdown run to punctuate an 8-play, 72-yard drive.

Woodlawn put together a grueling drive near the end of the first half, cutting the lead to 12-8 on a 7-yard rushing score by DeWayne Brown. Minor marched quickly into Colonels’ territory but Keye was intercepted by Murray, who returned the pick 52 yards for the go-ahead score and a 15-12 halftime lead for Woodlawn.

The Colonels gave up back-to-back turnovers to open the second half, but prevented any further damage and capitalized on their own forced turnover – a 40-yard fumble return by Jacorian Vassar to put Woodlawn up 22-12 with 2:46 remaining in the third quarter.

Minor (4-5, 2-4) literally jumped on an opportunity near the end of the third quarter by recovering a muffed punt, but the Tigers ultimately turned the ball over on downs. The Tenacious Tigers finally got its offense back on track and trimmed the deficit to 22-18 on a 3-yard touchdown run by defensive lineman Thaddious Parson with 4:02 left in the game.

Despite holding Woodlawn to a three-and-out and taking possession with a little more than two minutes to play, Minor allowed consecutive sacks to start its final drive and Murray intercepted a last-ditch heave downfield on fourth down.

Stars of the game: Woodlawn defense. The Colonels allowed 399 total yards, but collected 11 tackles for loss and 4 sacks, forced 5 turnovers and held Minor to an 8-for-20 performance on third-down conversions.

Murray led the unit with 2 interceptions and Vassar had a 40-yard fumble return for a score.

“It’s great, all I saw was a touchdown. My guys did what they needed to do and we’re just trying to get into the playoffs,” Murray said.

Did you know? Woodlawn takes its first game in the series since winning the first matchup 44-0 in 1969. Minor leads the series 5-2 overall.

By the numbers: 26, the number of first downs for the Minor offense, compared to only 9 first downs by Woodlawn. … 8, the total number of turnovers in the game with Woodlawn forcing five in the game. … 2, the number of consecutive sacks taken by Minor on its final drive, followed by an incompletion and an interception to end the possession.

Stat sheet: Woodlawn – Asher Hawkins finished 5-of-16 passing for 62 yards and an interception, adding 54 yards on 16 carries and breaking up multiple passes in the defensive backfield. Brown led the rushing attack with 15 attempts for 54 yards and a touchdown. Minor – Keye was 25-of-48 passing for 218 yards with 2 interceptions, adding 61 yards rushing and a touchdown. Allen finished with 18 carries for 97 yards and a score before leaving the game in the second half. Carlos Moore led the receiving effort, hauling in 9 receptions for 45 yards, and Darrian Jackson had 7 catches for 69 yards and 5 rushing attempts for 15 yards. Malachi Threatt finished with 5 receptions for 88 yards.

Coachspeak: “The defense did their job tonight, created turnovers and scored off of them. It was a team effort in all three phases of the game.” – Woodlawn’s Gentrell Eatman

He said it: “We were locked in and coaches kept us motivated every time we stepped out on the field.” – Brown

What’s next? Woodlawn travels to face Shelby County while Minor hosts to Stanhope-Elmore.