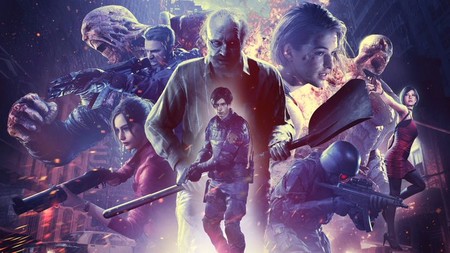 Resident Evil Re:Verse was originally intended to launch alongside the Resident Evil Village game, but was delayed to July 2021, and again to 2022.

CAPCOM describes the game’s story:
[Spoilers for Resident Evil 7: biohazard, highlight to read.]Taking place a few years after the critically acclaimed Resident Evil 7: biohazard, Ethan Winters and his wife, Mia, seem to have finally found peace after the horrifying events they endured at the Baker family’s plantation house. Despite putting the past behind them, a surprising yet familiar face returns in the form of Chris Redfield… whose shocking actions ultimately cause Ethan to end up in a mysterious, snow-covered village..