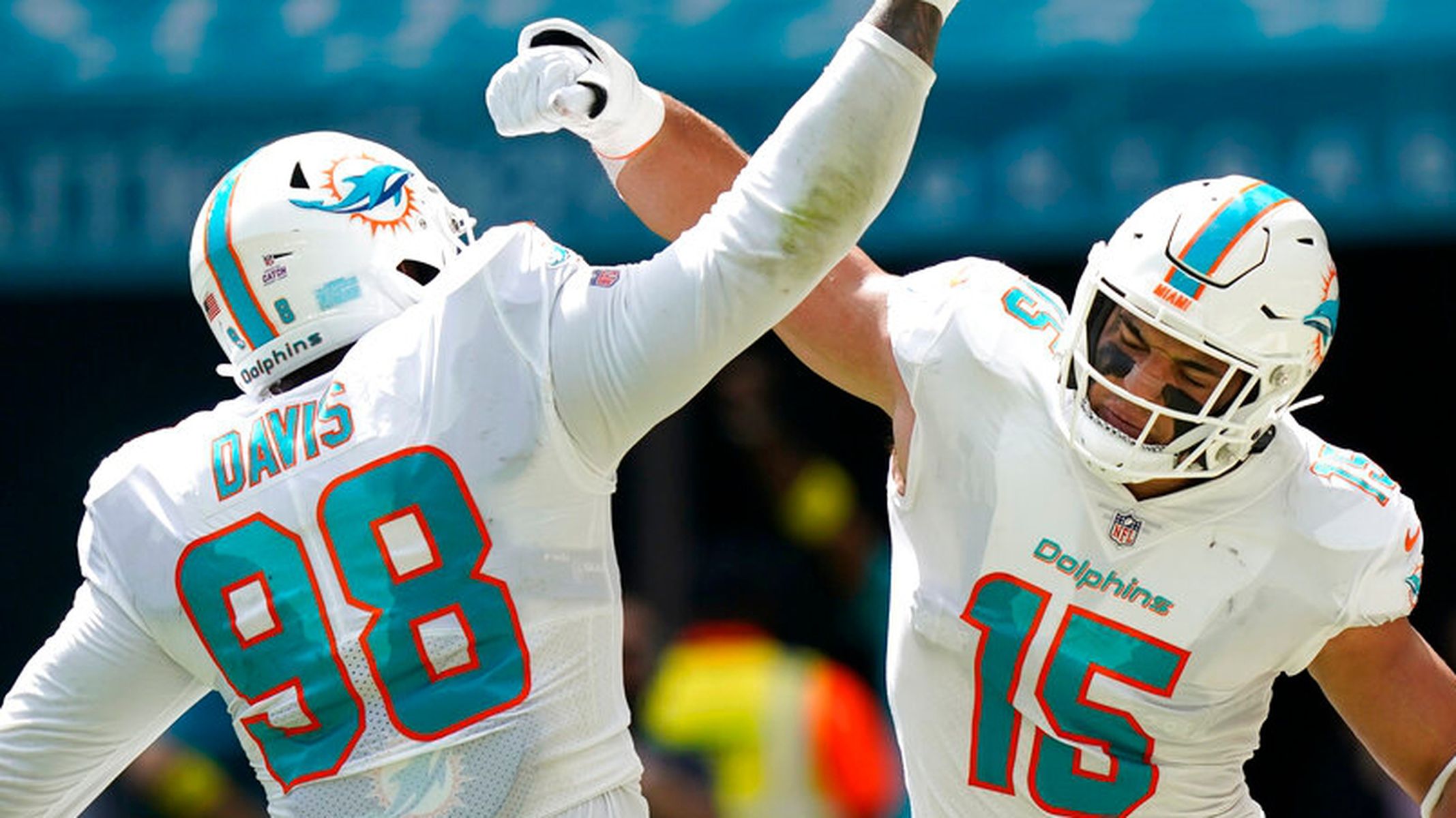 In the 35th game of his NFL career, Miami Dolphins nose tackle Raekwon Davis recorded his first full sack, taking down Minnesota Vikings quarterback Kirk Cousins for a 7-yard loss on a third-and-10 snap in the third quarter on Sunday.

“It was all right,” Davis said. “A little something. Something new. Just trying to get some in. …

“If you get them, you get them. I’m just doing my job. Whatever it takes to help the team out in that situation. It was a good play, though. They’re not going to take that from me. I’ll take it.”

Davis shared a sack of New Orleans Saints quarterback Ian Book last season with Emmanuel Ogbah, but the 6-foot-7, 330-pounder has primarily been counted on as a run-stopper since joining the Dolphins from Alabama as a second-round selection in the 2020 NFL Draft.

“I was happy for him,” Miami defensive tackle Christian Wilkins said of Davis’ Sunday sack. “Raekwon has working really hard, and just to see his growth in Year 3 and becoming — well, not his physical growth, you can’t get much bigger — but just his growth as a player and as a pro is definitely good to see, and I’m glad he’s able to enjoy some success out there and get his first full sack.”

Davis became the 99th Alabama alumnus to record a full sack in an NFL game (since sacks have been recorded by the league).

Miami defensive coordinator Josh Boyer said a player such as Davis, whose primary responsibility lies in stopping the run, usually has to make a transition to get in on the pass rush, although that wasn’t the case when Davis took down Cousins on Sunday.

“It was really a passing situation for him, so he was in a straight rush,” Boyer said. “But whether it’s Raekwon or any defensive lineman, when you’re playing run … you’re trying to play square, you’re trying to build a wall. But what you have to do is when you recognize that it is play-action, you have to transition into a pass rush. And I think those are things that we drill and we work very hard at. It puts you a little bit behind the eight-ball when you’re playing run. Then the harder the sell is of the play-action or the better the sell is with the offensive lineman, then the slower you’re going to be on the transition.”

Davis and the Dolphins return to the field on Sunday, when they square off against the Pittsburgh Steelers at 7:20 p.m. CDT at Hard Rock Stadium in Miami Gardens, Florida. NBC will televise the game.

Miami won its first three games in the 2022 season, but the Dolphins have lost their past three to even their record.

“We’re just trying to get everybody better,” Davis said, “and just continue doing a good job and try to push everybody to be their best version of themselves.”