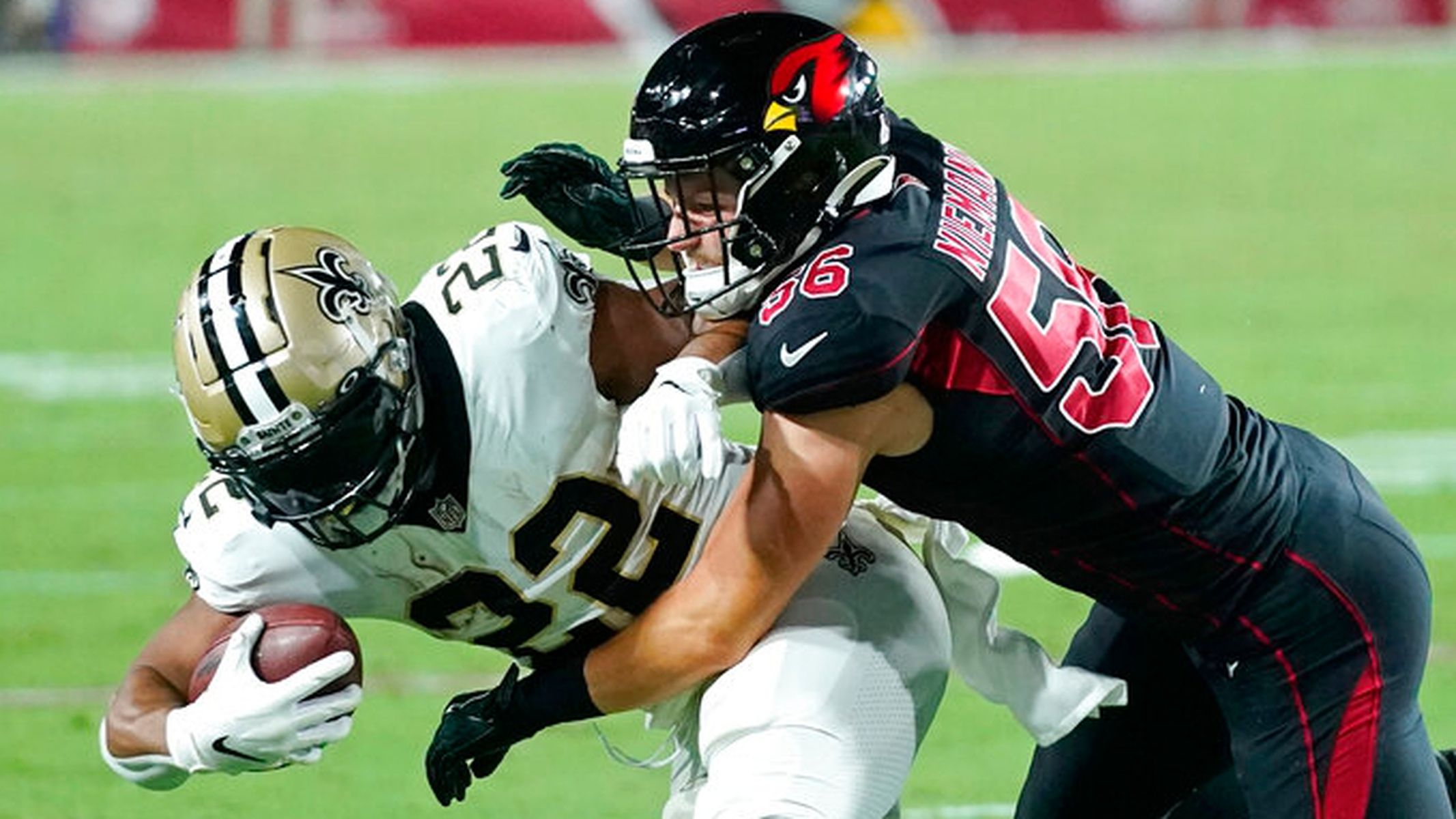 The Week 7 Thursday night game delivered what the past two “Thursday Night Football” telecasts on Prime Video had lacked – points – as the Arizona Cardinals defeated the New Orleans Saints 42-34.

Last week’s Thursday night game totaled 19 points, and the week before that, it was 21 – and it took overtime to get that.

After throwing touchdown passes of 53 yards to wide receiver Rashid Shaheed and 3 yards to Taysom Hill, Saints quarterback Andy Dalton was victimized for the two interceptions. Dalton tossed two more TD passes in the second half, but his three interceptions made a difference in the game. The first came in the end zone with New Orleans at the Cardinals 10-yard line.

While the Saints outgained Arizona in yardage 494 to 326, New Orleans had the three turnovers, and the Cardinals didn’t lose any.

Arizona got a boost from the return of wide receiver DeAndre Hopkins. After serving a six-game suspension for violating the NFL’s Policy on Performance-Enhancing Substances, the three-time first-team All-Pro returned with 10 receptions for 103 yards.

Arizona had lost eight consecutive home games before Thursday night’s victory, which was the Cardinals’ first at State Farm Stadium since a 31-5 victory over the Houston Texans on Oct. 24.

Two players from Alabama high schools and colleges got on the field in the New Orleans-Arizona game:

· Saints running back Jordan Howard (Gardendale, UAB) is on the practice squad and not eligible to play.

· Cardinals center Rodney Hudson (B.C. Rain) was designated as a game-day inactive. The three-time Pro Bowler missed his third straight game because of a knee injury.

· Cardinals cornerback Christian Matthew (Samford) played but did not record any stats.

· Saints safety Smoke Monday (Auburn) is on injured reserve and not eligible to play.

· Cardinals offensive lineman Lachavious Simmons (Selma) is on the practice squad and not eligible to play.

· Saints quarterback Jameis Winston (Hueytown) dressed for the game but did not play. Winston started the first three games of the season before back and ankle injuries sent him to the sideline. He has practiced on a limited basis for the past two weeks and served as Dalton’s backup for the second straight game on Thursday night. Dalton completed 30-of-47 passes for 361 yards with four touchdowns and three interceptions against the Cardnals.

Arizona raised its record to 3-4 while New Orleans dropped to 2-5. The Saints have their worst record seven games into a season since 2012, when New Orleans also was 2-5 before finishing 7-9.

On Oct. 30, the Cardinals visit the Minnesota Vikings and the Saints host the Las Vegas Raiders. The Lord Of The Rings: Elrond’s Ancestry Explained Latest News