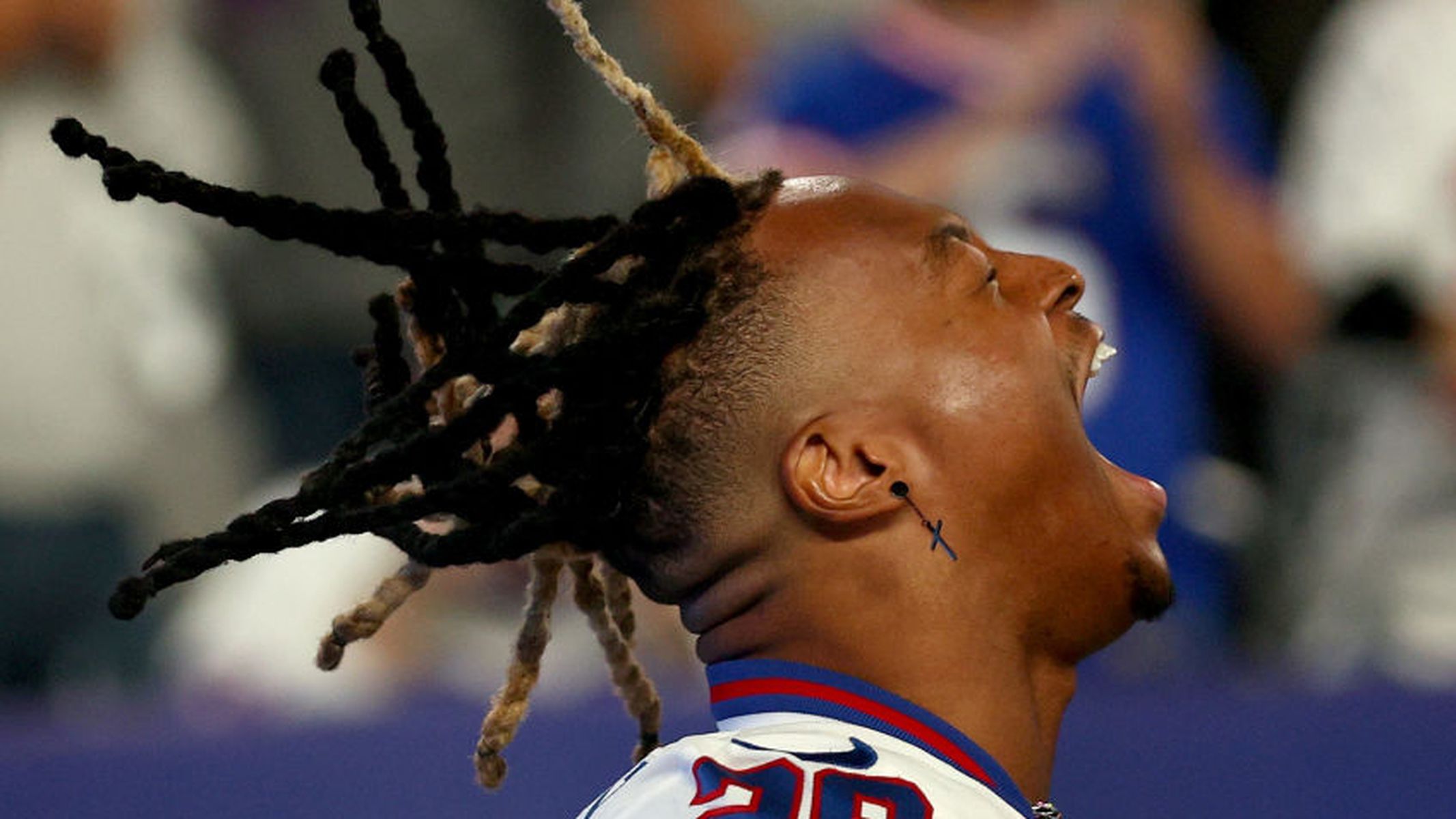 “As soon as this is over, I got to throw this in the trash,” Xavier McKinney told the reporters gathered at his locker on Thursday.

The New York Giants safety was referring to his orange cap with the white “T” on the front – an odd accoutrement for a former Alabama standout.

“My head did start itching when I put it on,” McKinney said.

The Crimson Tide’s 52-49 loss to Tennessee on Saturday was the cause of McKinney’s predicament. Giants offensive tackle Evan Neal also conducted his Thursday session with reporters wearing a Volunteers cap.

“I was really confident in my squad,” McKinney said. “I still am, but things happen, and it is what it is. … It’s rough, man. It’s rough. We going to bounce back, though. We’ll be all right.”

Neal said he and McKinney were paying off a bet with trainer Philip Buzzerio, the Giants’ assistant athletic trainer who is a Tennessee alumnus. Neal said he had an elephant costume that Buzzerio would have had to wear to work if Alabama had won.

Alabama and New York now have the same number of losses in the 2022 season, which isn’t usually the case. The Giants have lost as many or more games in each of the past five seasons as Alabama has in the past nine combined.

But New York has won five of its six games in the 2022 season under new coach Brian Daboll. McKinney was an Alabama freshman in 2017, when Daboll served as the Crimson Tide’s offensive coordinator.

McKinney will cross paths with another figure from his Alabama past on Sunday, when the Giants square off against the Jacksonville Jaguars.

Jaguars quarterback Trevor Lawrence completed 20-of-32 passes for 347 yards with three touchdowns and no interceptions in Clemson’s 44-16 victory over Alabama in the CFP championship game for the 2018 season. McKinney led the Tide with seven tackles and broke up a pass in that game, two weeks after he’d been the Defensive MVP of Alabama’s 45-34 victory over Oklahoma in the Orange Bowl.

Lawrence joined Jacksonville as the first pick in the 2021 NFL Draft.

“Obviously, I think he’s a really good quarterback,” McKinney said. “He has a really good arm and makes smart decisions. He’s grown a lot since I played him. He was young when I first played him, but he was really good. He’s gotten a lot better, and it shows.

“They got a good team. They got a lot of good athletes around him. A lot of guys that can make plays in space and just are playmakers. Like I said, it’s going to be one of them things where it’s going to be challenging for us as a defense. We just got to go out there and execute it.”

And McKinney will be out there. The safety has played every defensive snap for the Giants for 20 consecutive games. New York hasn’t lined up on defense without McKinney on the field since Sept. 26, 2021.

McKinney’s streak of 1,297 snaps is 292 longer than the second-longest among the NFL’s defensive players, which belongs to Green Bay Packers safety Darnell Savage. Former Alabama All-American C.J. Mosley has the third-longest defensive streak with 856 snaps at linebacker for the New York Jets.

Lawrence threw more interceptions as a rookie than any other NFL quarterback in 2021 with 17. He’s lowered his rate this season and has been picked off four times.

McKinney intercepted five passes last season, but he doesn’t have one yet in 2022.

“We trying to get one every week,” McKinney said. “It’ll come. I’m not stressing over it. Just got to keep doing my job and helping the team out and helping the defense be able to execute and go out there and create wins.”

The Giants and Jaguars meet at noon CDT Sunday at TIAA Bank Field in Jacksonville. The Jaguars have lost three in a row to drop to 2-4 in 2022. Is Kanye West Still A Billionaire? Here’s His Updated Net Worth Latest News