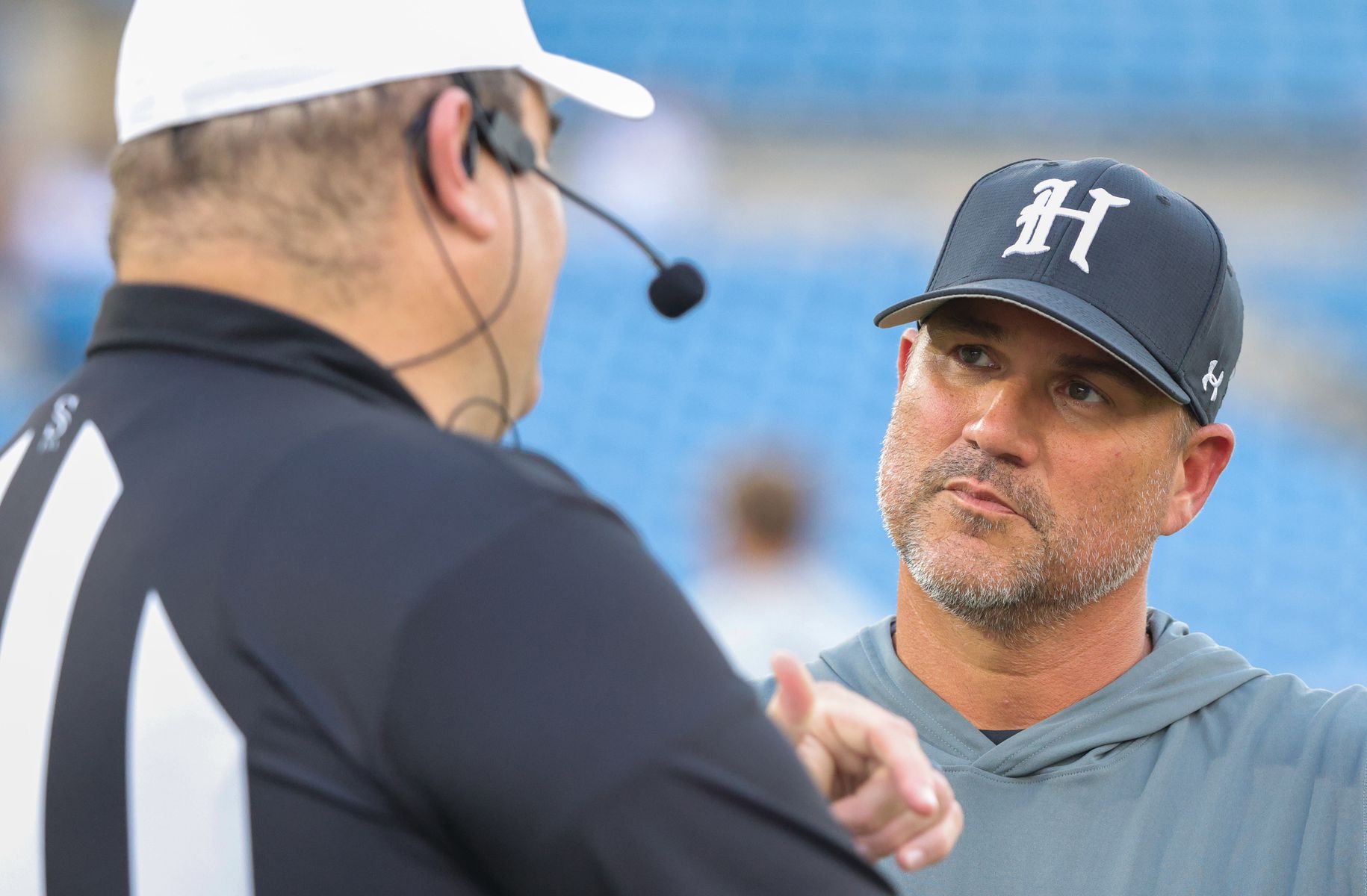 Tonight may be the most critical night of the 2022 regular season across the state of Alabama.

Huge matchups include Hoover at Thompson in 7A, Saraland at Theodore in 6A, Faith Academy at UMS-Wright in 5A and Montgomery Catholic at Andalusia and Priceville at Randolph in 4A. And that’s just a start.

Check back frequently throughout the night as the playoff races come into focus. We’ll have updates, scores and highlights as the games are ongoing as well as a complete statewide scorelist before we put everything to bed early Saturday morning.

Here we go with Friday Night Lights for Week 10 …

6:30 PM, First of 2? Hoover and Thompson have played in the last 5 Class 7A state semifinals. That makes tonight’s regular-season finale for both teams especially important. It’s one of 185 statewide games tonight.

6:22 PM, Sellout at Theodore: They are packed into C.A. Douglas Field and have been for hours ahead of tonight’s matchup with Saraland.

5:17 PM, 4A Battle in Andalusia: No. 1-ranked Montgomery Catholic travels to Andalusia to take on the No. 3 Bulldogs in a battle for the region championships. Fans were lined up early for this one.

5:11 PM, Big night in Foley: Not only can the Lions claim the Class 7A, Region 1 title tonight with a win over rival Daphne, but they also are renaming the field at Ivan Jones Stadium for former coaches Lester Smith and Bud Pigott. Read about the coaches’ legacies in Jimmy Wigfield’s stories this week.

4 PM, Looking back at Mount Rushmore: In 2019, AL.com did a fan survey to pick the four high school players that should be on Alabama’s Mount Rushmore of high school football. As we wind down the regular season for 2022, I had fun looking back at the results. In a process that spanned the summer, the final four turned out to be Pike County’s Steven Coleman, Foley’s Julio Jones, McAdory’s Bo Jackson and Colbert County’s Ozzie Newsome. Read the final story here.

3 PM, Honoring the Deuce: On Thursday, Jackson-Olin retired the great David Palmer’s No. 2 jersey. Palmer played quarterback, tailback, wide receiver and defensive back for Jackson-Olin before going on to a sensational career at the University of Alabama. He finished his high school career with 3,373 all-purpose yards and 42 touchdowns. He was the state’s Mr. Football winner in 1990.