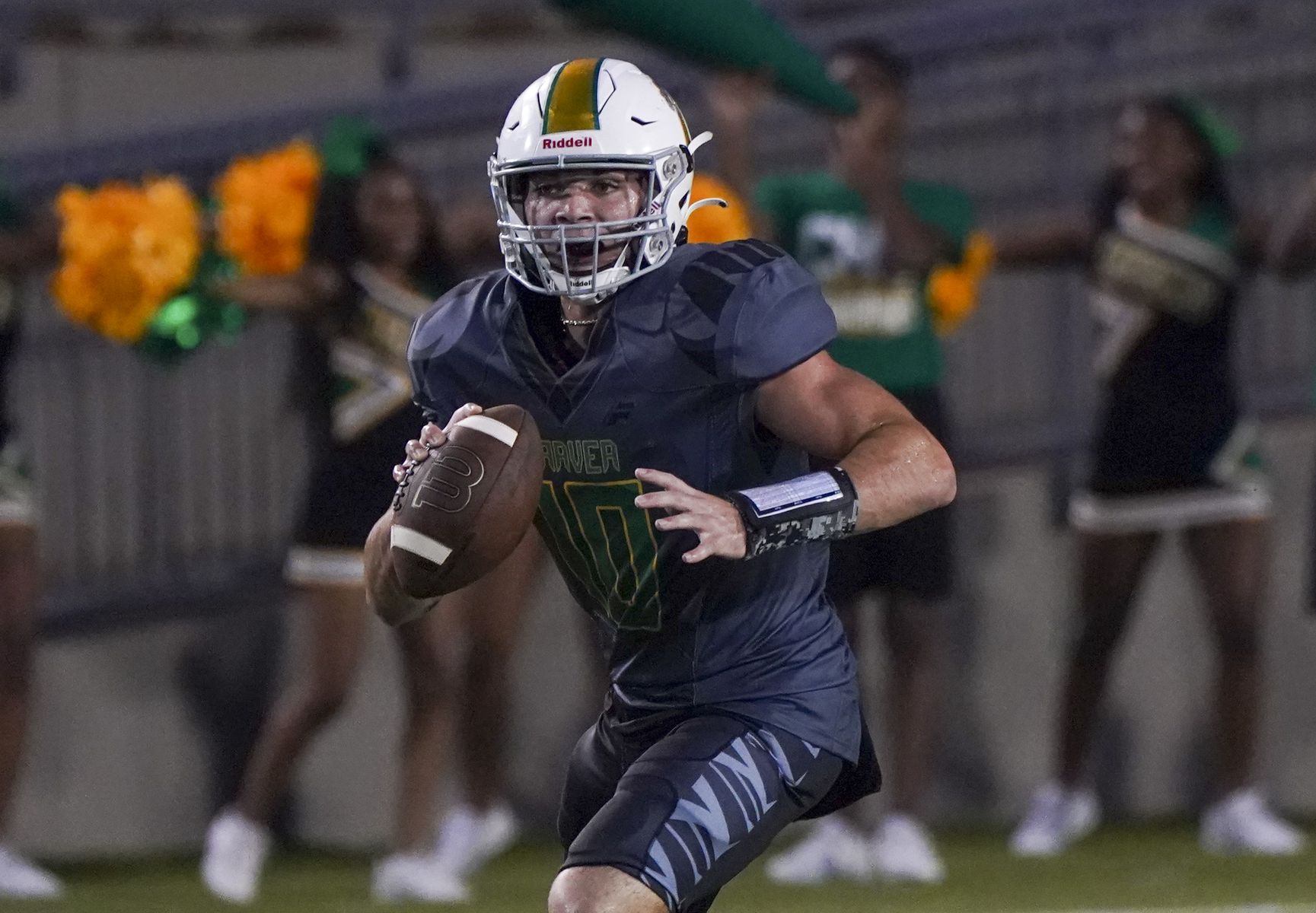 Carver-Montgomery senior wide receiver Marquan “Scooby” Jamerson made one big mistake as the Wolverines played Pike Road for homecoming on Thursday night at Cramton Bowl in a showdown for the Class 6A, Region 2 championship.

The 5-foot-9, 160-pound speedster mishandled a kickoff deep in his territory after the Wolverines fell behind a touchdown on Pike Road’s first possession. Jamerson tried to circle out of trouble as the Patriots surrounded him, but he was hauled down in the end zone for a safety by Jer’Tarrian Hailes to dig the No. 10 team in the state into a deeper hole.

Jamerson made up for it with a pair of lightning strike catch-and-run touchdowns and another for good measure as Carver beat Pike Road 22-19 in a game that saw all the points scored in the opening half and the victory not secured until the Patriots missed a 28-yard field-goal try with 16 seconds left in the final quarter.

“A couple years ago, you would have seen guys quitting,” Carver second-year head coach Marcus Gardner said. “These guys are showing a lot of championship characteristics.”

Pike Road held the ball for the first half of the opening quarter before punching the ball in from 12 yards out on a run around left end by junior quarterback Kaleb Foster with 5:35 to play.

With 10 seconds left in the quarter, Jamerson grabbed a pass from senior QB Christian Johnson for a 31-yard touchdown to narrow the Patriots’ lead to 9-7.

Pike Road’s receiver/place-kicker Brennan Tormey booted a 25-yard field goal with 10:23 left in the half to push the advantage to 12-7.

Johnson found Jamerson for a second TD pass with 8:54 left, this time a 64-yard bomb that gave Carver its first lead at 14-12.

With 3:22 to play in the second, Anthony Rogers scooted 30 yards to put Pike Road up 19-14, but Johnson found Jamerson again with 47 seconds left for another score. Defensive tackle James Smith, rated the No. 2 prospect in the nation at his position, bulled into the end zone for a 2-point conversion to give the Wolverines a 22-19 lead.

Both coaches – Gardner and Pike Road’s Ed Rigby – must have found the right words in the locker rooms at the half to inspire their defenses as the first-half score held up the rest of the way.

Pike Road threatened to snatch the region championship away in the final moments, driving to a first down at the Carver 12-yard-line. The Wolverines defense stiffened, though, allowing the Patriots just a yard on the next two snaps. Left-footed Tormey’s field-goal try from the right hash went wide left to start the home team’s celebration.

Carver wrapped up its regular season at 8-1, 6-0 in the region, to claim the top playoff seed over Pike Road. The Patriots are 5-4, 4-2 in Region 2 with a home game against B.T. Washington of Tuskegee on Oct. 28.