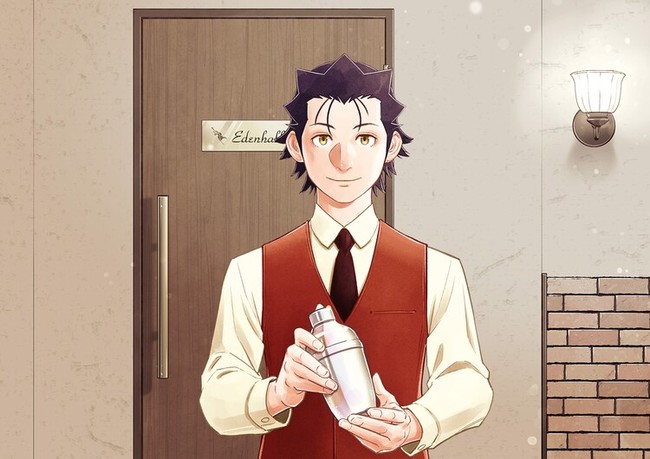 A previous 11-episode television anime based on the manga premiered in Japan in October 2006. Masaki Watanabe directed the series at Palm Studio. Yasuhiro Imagawa wrote the scripts and was in charge of series composition. Hirotaka Kinoshita designed the characters. Shigemi Ikeda was the art director. Kaoruko Ohtake composed the music.

Shout! Factory and Anime Limited released the first anime on Blu-ray Disc in January 2021. The companies describe the series:

Situated in the Ginza district of Tokyo is the Eden Hall, a quiet bar that few people manage to come across. It is run by the legendary bartender Ryu Sasakura, a genius at mixing the right drink for the right customer. Throughout his period at Eden Hall, customers from all walks of life, carrying all sorts of burdens, arrive for a godly glass at the Hall and a kind word with Ryu, both of which assist in clearing their problems up and reviving them for another go at life.

Shueisha started serializing the original manga in its Super Jump magazine in 2004, and the manga later moved to Grand Jump. The 21st and final compiled book volume shipped in February 2012.

The manga inspired a live-action television adaptation that debuted in Japan in January 2011.