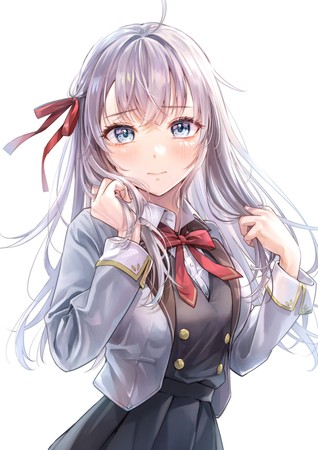 Yen Press is releasing the novels in English. It first announced the license with the title Arya Sometimes Hides Her Feelings in Russian with the name Alya spelled as Arya, but it has since changed the title. The company describes the story:

A romantic comedy perfect for fans of Chitose Is in the Ramune Bottle and The
Girl I Saved on the Train Turned Out to Be My Childhood Friend. Masachika Kuse
sits next to Arya, a girl of Russian and Japanese descent. She’s beautiful,
haughty, and an exceptional student, while Masachika is nerdy and known for
being a slacker. He’s an easy target for her comments in Russian, which she’s all
too happy to translate—except he can understand what she’s really saying!

Kadokawa publishes the novels under its Sneaker Bunko imprint. The company published the first volume in February 2021, and published the 4.5th novel on July 29.