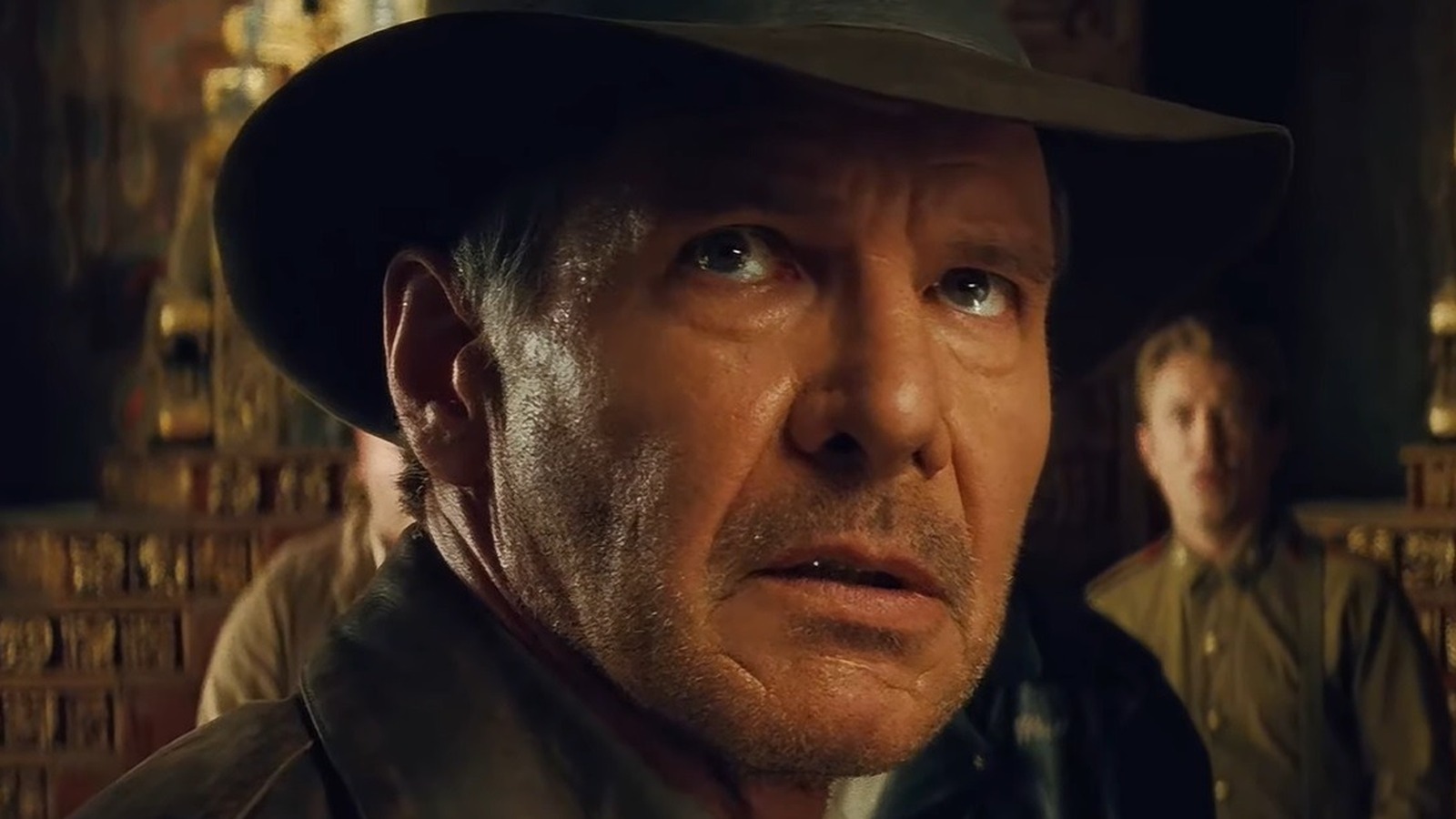 The MacGuffin is the heart of every “Indiana Jones” movie. A term first named by Alfred Hitchcock (per Merriam-Webster), a MacGuffin is an item, a character, or an event in a movie that propels the narrative and drives the lead characters’ motivations. In “Raiders of the Lost Ark,” it’s the Ark of the Covenant; in “Temple of Doom,” it’s the Sankara Stones; in “The Last Crusade,” it’s the Holy Grail.

In 2008, Vanity Fair published an article detailing the development of “Kingdom of the Crystal Skull,” which had been discussed intermittently since shortly after 1989’s “Last Crusade.” Perhaps unsurprisingly, the first problem Spielberg and Lucas had to overcome as they devised their fourth “Indiana Jones” movie was the nature of the MacGuffin. Lucas came up with the idea of the crystal skull in the early ’90s, during a shoot with Harrison Ford on the “Young Indiana Jones” TV series.

Unfortunately, neither Spielberg nor Ford were convinced. Lucas ignored them, however, and hired multiple screenwriters to work the crystal skull into an “Indiana Jones” script. Only after 15 years — and the intrusion of the “Star Wars” prequels — did he finally ease off. Then, when Ford voiced his interest in starring in a new “Indy” movie, Lucas brought it all back. “He’s a stubborn sucker,” Ford told Vanity Fair, “and he had an idea that he kept pushing into script form, and then they’d run it by me, and I’d usually rebel, and, finally, you know, one script came along that really struck me as being smart … so I said, ‘Let’s go, let’s make this one.'” Take a look at Ankit Gupta and Priyanka Choudhary’s cute moment, while the later is punished to sit inside the box Latest News