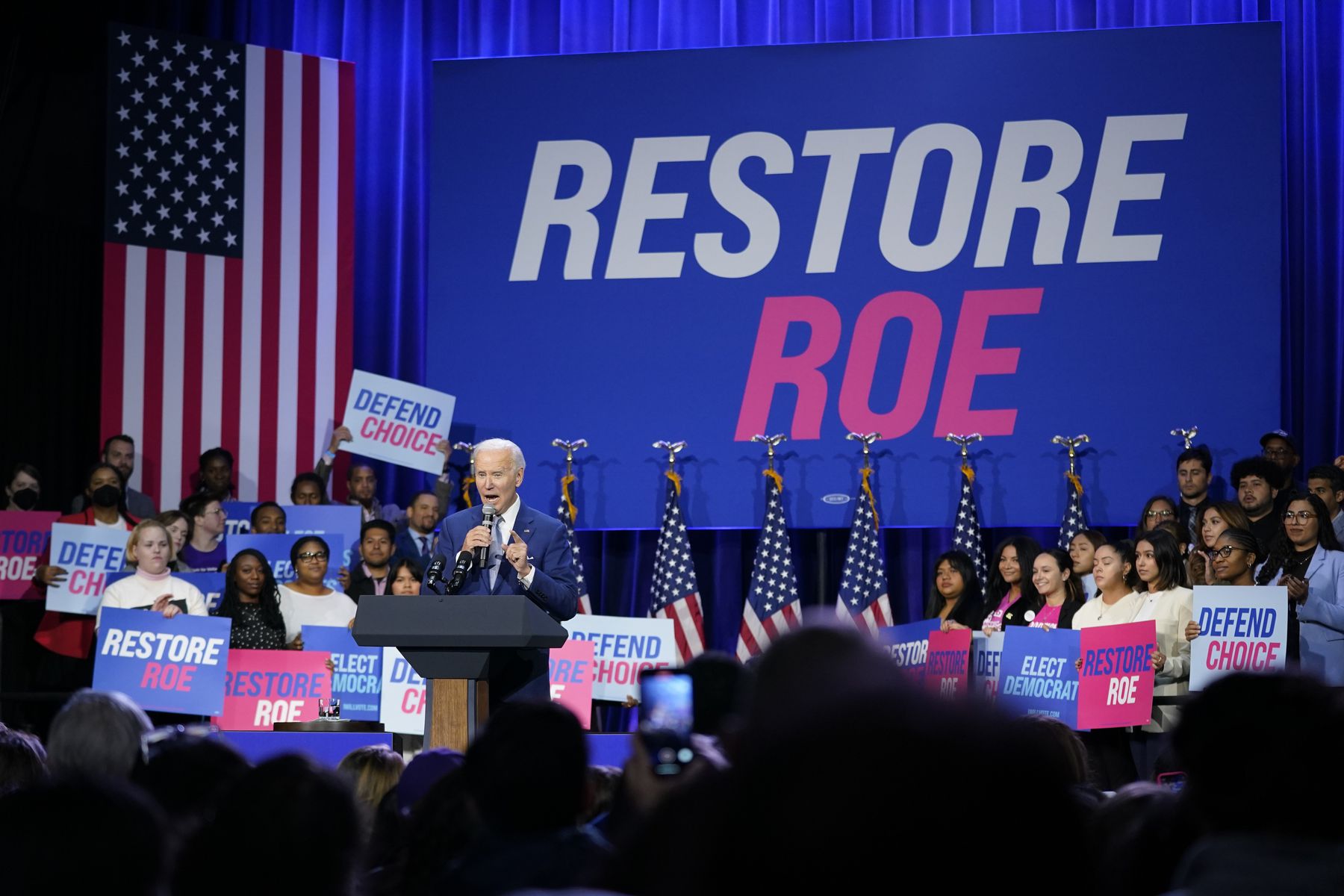 There was a moment in the weeks just after the Dobbs decision when it seemed the abortion issue would invigorate the political left and impact the 2022 midterm elections. While Republicans rejoiced over the historic decision, they understood that it might come with a political cost. Up to that point, it had been assumed that Republicans would easily retake the House—and perhaps the Senate, too—given President Biden’s tanking approval ratings and a terrible economy.

And truly, for a couple of months, polling showed the abortion question energizing younger voters, women, and pulling some independents toward the left. But with just over two weeks until election day, that momentum has melted like a popsicle on the 4th of July.

The problem the Democrats have is that there were too many months in between the historic SCOTUS decision and election day. And in those months, voters have been forced to participate repeatedly in exercises like buying groceries and filling their gas tanks to get to work each day. It has become almost unbearably painful for many families to make ends meet.

Additionally, Americans of all ages have watched their retirement account balances plummet in the last year. It’s disheartening to young workers to see prior gains evaporate into thin air and terrifying for those who hope to retire soon.

This week, a New York Times/Sienna poll asked voters what their top issues were in this election cycle. The results don’t bode well for an abortion-inspired rally for Democrats. The economy was the highest-ranked issue, with 44% of respondents ranking it number one. That’s up from 36% from just weeks ago. Abortion was the top issue for a scant 5%.

The trend lines over the last thirty days should be especially alarming to Democrats as early voting has already begun in many states: the three-point edge Democrats had with crucial independent voters has inverted and then some, turning into a 10-point lead for Republicans.

Meanwhile, Biden’s contribution to the dialogue is to repeatedly remind us that if Democrats regain control of Congress, they will immediately codify Roe. And while that messaging may resonate with a certain sector of voters, it’s not helping the party with persuadable independents. The most telling data point of all? Independent women have swung hard toward the right in the last month. In September, they favored the Democrats by 14 points. Now they prefer Republican candidates by 18 points.

If Democrats can’t win independent women in the wake of a historical, conservative shift in abortion law, they’re in deep, deep trouble.

I think one of the lessons in this is that the folks who make the most noise don’t always run the room. Abortion rights crusaders have promised a political revolution fueled by the American woman’s devotion to establishing the right to terminate a pregnancy. It turns out that a plurality of women want to be able to feed the children they have and retire one day more than they want abortion on demand.

Add to that the polarizing effect of the extremist cultural agenda of the left on conservatives and independents. One video clip of a drag queen writhing around in front of small children, singing lyrics many deem inappropriate at any age, makes even cultural moderates wretch. The aggressive campaign to normalize allowing adolescents to permanently destroy their bodies on the altar of progressive gender ideology galvanizes the resolve of conservatives who might otherwise lose interest in this election cycle.

Keep up this tone-deaf campaign of trotting out President Biden’s promise to codify Roe. Keep ignoring the things that Americans want the government to clear a pathway for: economic prosperity and individual liberty. If you stay the course with your current messaging until election day, Republicans might even take the Senate—a task believed unlikely thirty days ago.

As Bill Clinton campaigned for the presidency in 1992, Democratic strategist James Carville coined the phrase, “It’s the economy, stupid.” Once again, it seems, economic strain is motivating Americans to think about their pocketbooks before anything else. And this time around, that’s terrible news for Democrats.

Dana Hall McCain writes about politics, faith, and culture for AL.com. Follow her on Twitter @dhmccain for thoughts on these issues and more.