Manga about Tae Yamada launched in May 2021 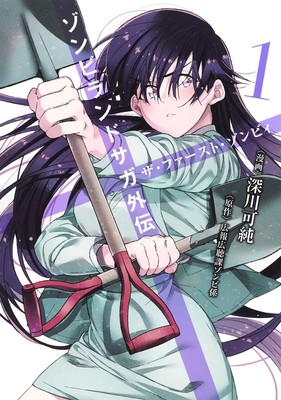 The November issue of Shueisha‘s Ultra Jump magazine revealed on Wednesday that Kasumi Fukagawa‘s Zombie Land Saga Gaiden: The First Zombie manga will end in the magazine’s next issue on November 17.

The manga is the first side story manga for the Zombie Land Saga Revenge anime franchise. Kasumi Fukagawa, the character designer for the first and second seasons of the anime, is drawing the manga. The manga tells the story of the past of the mysterious character Tae Yamada. The manga is set in 1989, with Yamada being the leader of a team of three women called the Saga Sagako Busters, dedicated to fighting curses in Saga.

Fukagawa launched the manga in Ultra Jump in May 2021. Shueisha published the manga’s second compiled book volume on May 17.

The anime follows Sakura Minamoto, who dreams of being an idol, but is hit by a car and wakes up as a zombie. A man named Kōtarō Tatsumi appears and tells her he’s recruiting her into an idol group made up of zombies, dead girls he has “recruited” from several eras of Japanese history.