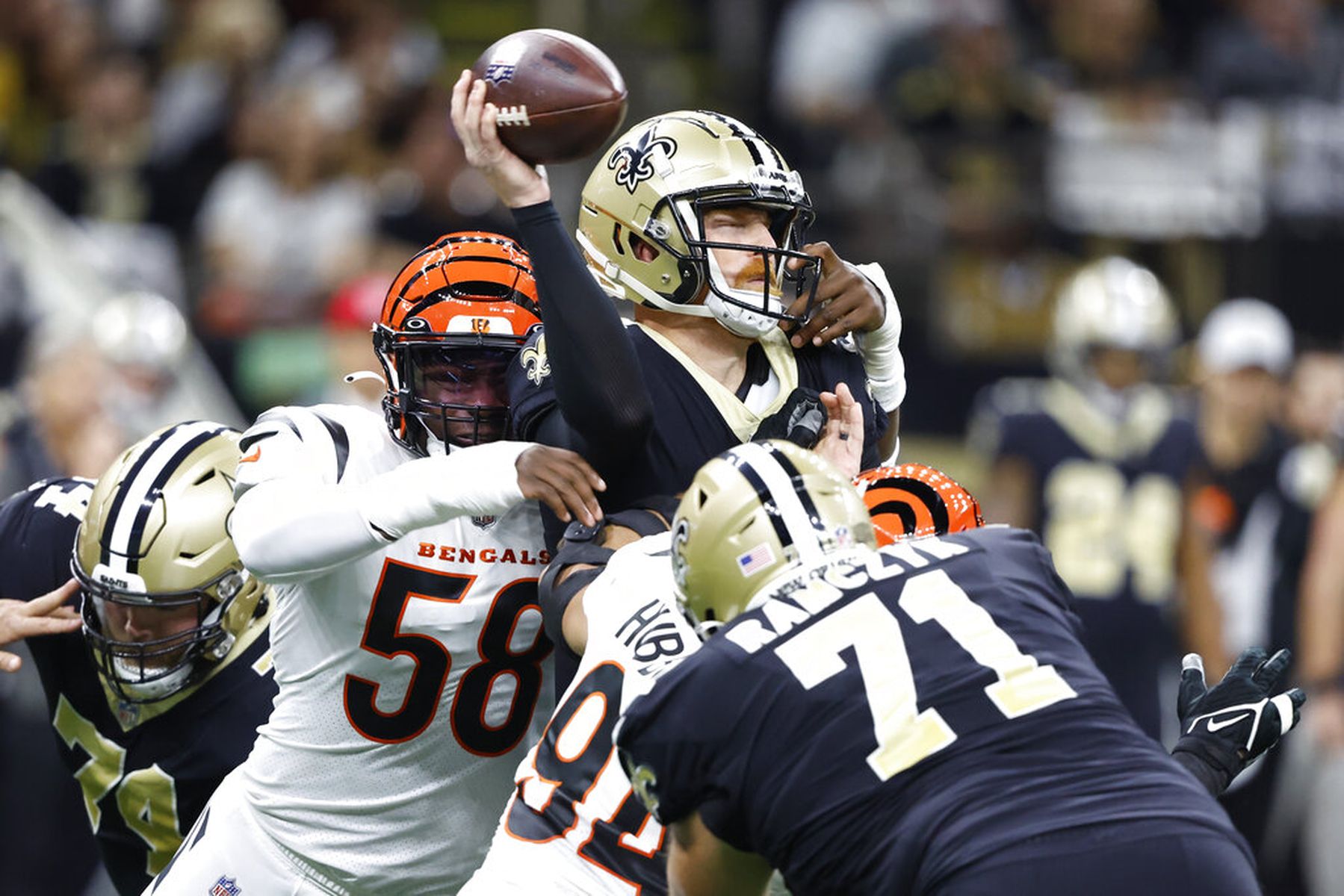 The NFL returns to Amazon Prime on Thursday, Oct. 13, when the Washington Commanders battle the Chicago Bears. The game will be live streamed on Prime Video (free trial).

The Arizona Cardinals and New Orleans Saints are two teams stuck in the early season doldrums, struggling with injuries and inconsistent play.

It’s too early to throw out the ‘must-win’ label for Thursday night’s matchup.

But it’s also too late to pretend everything is OK.

The Cardinals (2-4) host the Saints (2-4) on Thursday night in a game that is crucial for these reeling teams that find themselves in remarkably similar situations.

Both have the benefit of playing in struggling divisions: The NFC West (Cardinals) and NFC South (Saints) don’t have a team that’s better than 3-3.

The Cardinals hope that the return of three-time All-Pro receiver DeAndre Hopkins can boost the offense. Hopkins missed the first six games of the season after violating the NFL’s policy on performance-enhancing drugs.

Arizona also traded for receiver Robbie Anderson on Monday, acquiring the disgruntled receiver from the Carolina Panthers. Anderson had a 1,000-yard season in 2020 and gives Murray another tall, talented playmaker.

The Cardinals are trying to snap an eight-game home losing streak, which is the franchise’s longest since 1958.

The Saints are still working through their quarterback situation: Backup Andy Dalton has made three straight starts, but starter Jameis Winston is close to his return.

The Saints and Cardinals will not be broadcast on traditional TV.

UGLY FOOTBALL: The NFL’s Thursday night game is often a much-maligned product, with critics complaining about the health of players, who have to play two games in five days. There are also grumblings about the quality of football since both teams are tired and don’t have as much time to prepare for their opponent.

The past two Thursday night games have been ugly: The Colts beat the Broncos 12-9 in overtime on Oct. 6 while the Commanders beat the Bears 12-7 last week.

Murray said there’s no use in complaining about the schedule.

GROUND GAINS: The Saints’ running game has blossomed in recent weeks. New Orleans has rushed for 228 yards or better in each of its past two games.

Offensive coordinator Pete Carmichael Jr. said the potential existed earlier this season to have games such as that if a combination of turnovers, third down failures and early deficits hadn’t made it difficult to call running plays.

“We didn’t have as many opportunities to get as many run plays called as we’d like to,” he said. “But I think that our guys up front, our tight ends, and running backs, they’re playing well, and I think we’re blocking well on the perimeter as well.”

ROOKIE INFLUENCE: The Saints could have two of their top three draft choices back in the lineup with the anticipated returns of receiver Chris Olave and defensive back Alontae Taylor from injuries.

There also seems to be another, less heralded rookie rising in prominence: Rashid Shaheed, a speedy receiver and return man who was undrafted out of Weber State.

Shahid, who was brought up from the practice squad after fellow receiver and primary returner Deonte Harty went on injured reserve, exhibited blazing speed when he took a handoff on a jet sweep 44 yards for a touchdown on his first offensive play with the ball in the NFL.

“I did a lot of jet sweeps in the past,” Shaheed said, explaining that he played running back throughout high school and in youth football before that. “I feel like the running back instinct kind of takes over after that.”

YOUNG DEFENSE: The Cardinals have played fairly well on the defensive side of the ball and they’re getting production from young players. Zaven Collins, Cam Thomas and Myjai Sanders all had their first career sacks in last week’s loss to the Seahawks.

Collins had two sacks and a team-high eight tackles.

“Watching those young guys practice, the way they’ve worked together and grown each and every week has been fun to see,” Cardinals coach Kliff Kingsbury said. “They’re playing hard, having fun and it’s a great mix with some of those veterans out there.”