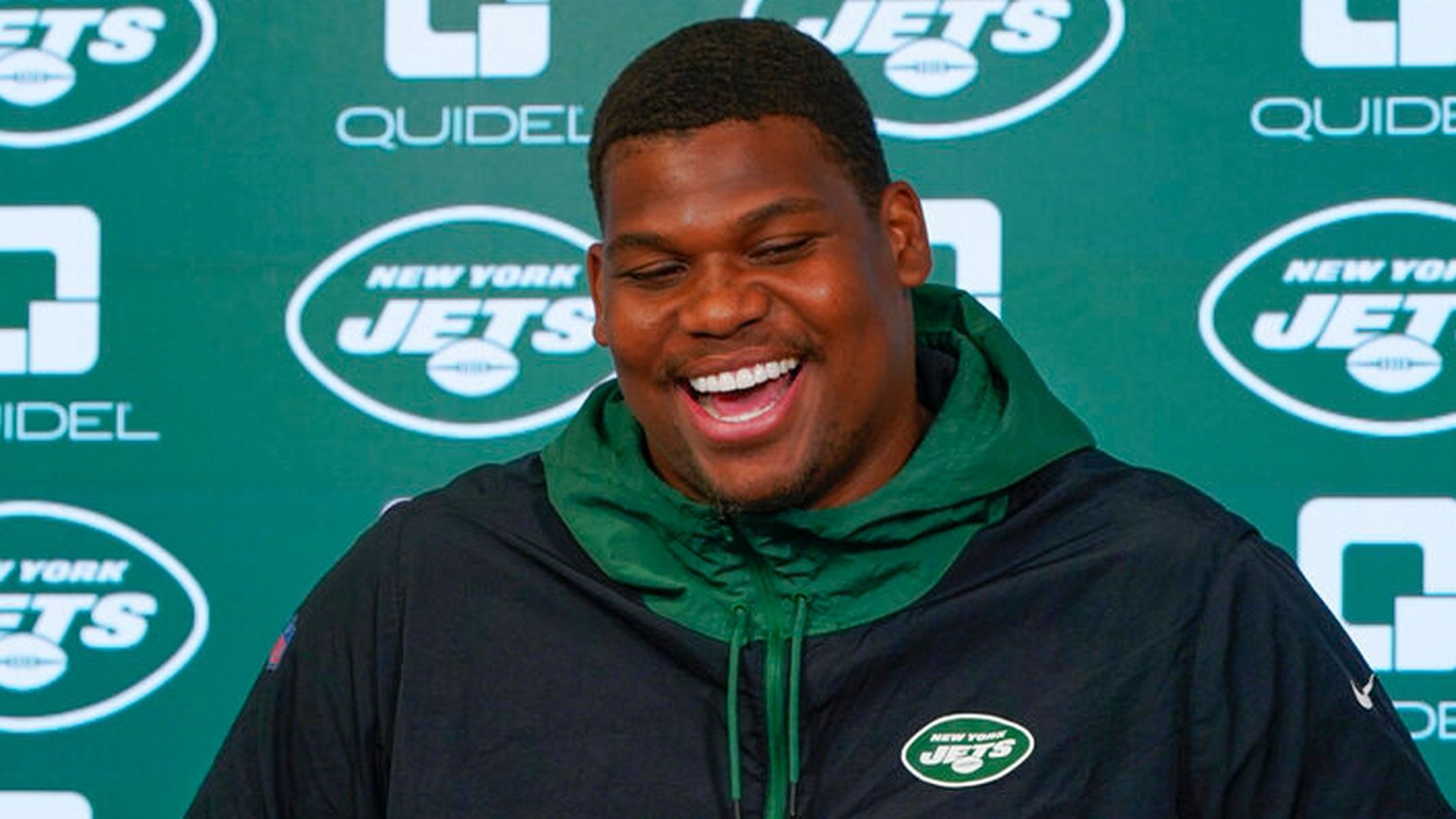 New York Jets defensive tackle Quinnen Williams knew something was going on. His brother, Quincy Williams, a New York linebacker, appeared to be interviewing the former Alabama All-American for the Jets’ social media, but the defensive tackle kept looking around.

· TUA TAGOVAILOA REMEMBERS THE SUPPORT, NOT THE CONCUSSION

But New York’s other defensive linemen still managed to sneak up on their suspicious teammate and cover him in green slime, his “prize” after being named the NVP of Week 6 of the NFL’s 2022 season during Nickelodeon’s football program “NFL Slimetime” on Wednesday night.

In the Jets’ 27-10 victory over the Green Bay Packers on Sunday, Williams made five tackles, recorded two sacks, had two tackles for loss, registered three quarterback hits, forced a fumble and blocked a field-goal attempt.

Williams won the AFC Defensive Player of the Week Award and became the first defensive player to receive the “NFL Slimetime” NVP Award this season.

Quinnen Williams joined the Jets as the third player picked in the 2019 NFL Draft after earning unanimous All-American honors and winning the Outland Trophy as the nation’s best interior lineman in 2018.