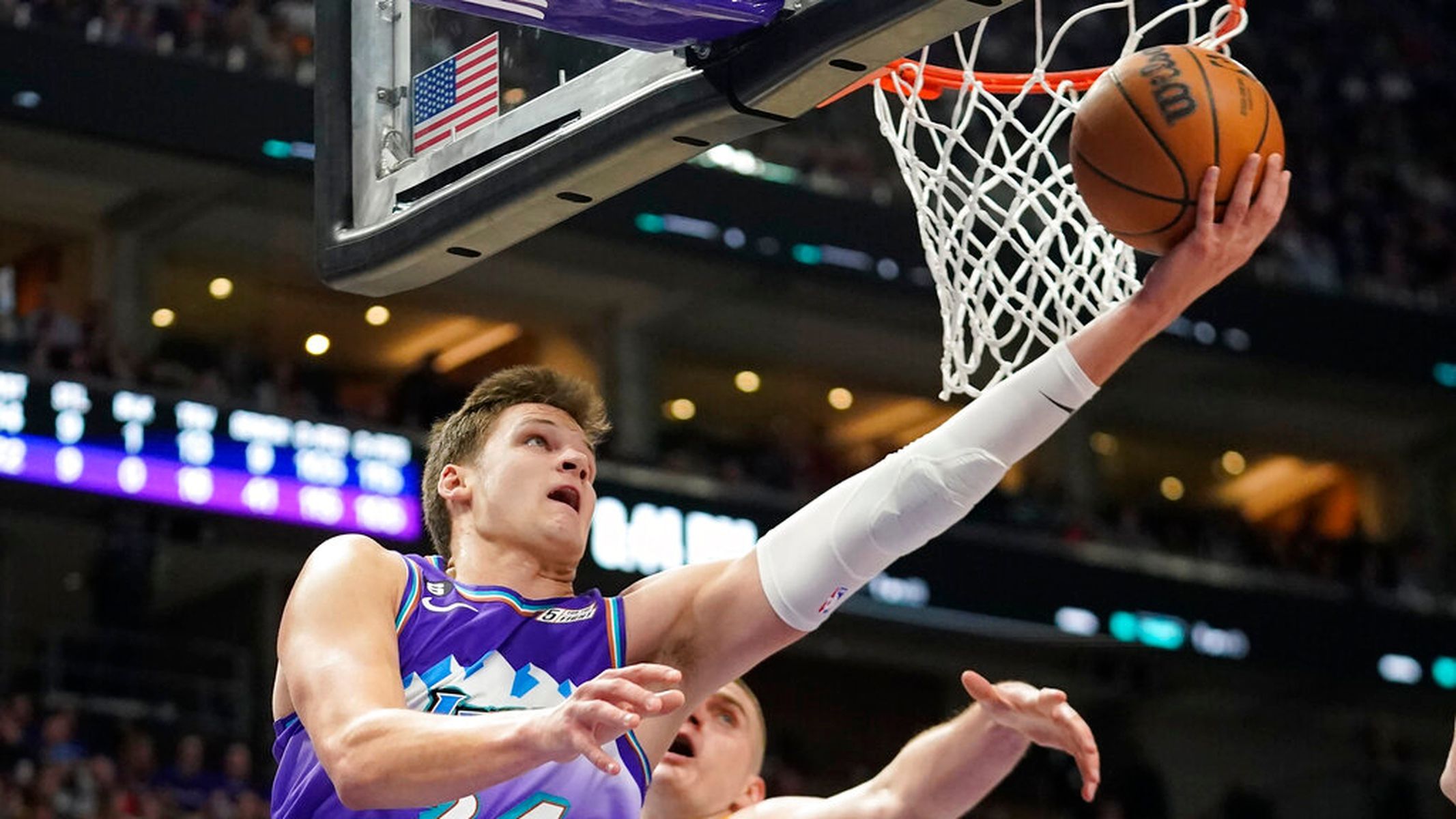 Former Auburn standout Walker Kessler started his NBA career on Wednesday night by doing something no other Utah Jazz rookie had ever done.

In Utah’s 123-102 victory over the Denver Nuggets, Kessler became the first first-year player to reach double figures in points and rebounds in the Jazz’s season-opening game.

“That’s pretty neat,” Kessler told the Utah Jazz Radio Network from courtside after the game. “Man, that was a blast. We had so many scorers. I don’t know how many we had in double figures — at least six or seven.”

The center made all five of his shots from the floor and went 2-of-6 at the free-throw line for 12 points and grabbed 10 rebounds in 23:40 of court time in his NBA debut.

Kessler also had one assist and one steal with a +/- of 12 against the Nuggets, but he did block a shot. Kessler led the nation with an Auburn-record 155 blocked shots last season, when he won the National Association of Basketball Coaches Defensive Player of the Year Award.

The 22nd selection in the 2022 NBA Draft, Kessler made his NBA debut with 6:02 left in the first quarter.

With 4:07 left in the opening period, Kessler boxed out two-time NBA MVP Nikola Jokic to get a 3-point miss by former Alabama standout Collin Sexton and used the rim to protect his shot for a putback layup for his first NBA basket, which gave Utah a 24-19 lead.

“It’s weird because it’s your competition,” Kessler said about squaring off against Jokic, “but at the same time that’s the two-time MVP. It’s a blast to play against the best players in the world.”

The Jazz had seven double-figure scorers on Wednesday night, led by Sexton with 20 points in 20:47 in his first game for Utah.

The closest that a Utah rookie had come to a double-double in the Jazz’s season-opening game occurred decades ago.

Until Wednesday night, Griffith and Kelley were the only rookies with at least eight points and eight rebounds in a season-opener for the Jazz.

Kessler said his mother was able to attend his NBA debut at Vivint Arena in Salt Lake City, but his father was performing surgery and couldn’t be there.

The Memphis Grizzlies drafted Kessler with the 22nd selection in the NBA Draft on June 23, then traded him and the 29th choice, Kentucky guard TyTy Washington, to the Minnesota Timberwolves for No. 19 pick Jake LaRavia of Wake Forest and a second-round draft choice.

The Timberwolves included Kessler in the package sent to the Jazz to obtain center Rudy Gobert.

Along with the rookie center, the Jazz received Minnesota’s first-round picks in the 2023, 2025 and 2027 NBA drafts as well as the 2029 first-round pick, which will be top-five protected, plus players Malik Beasley, Patrick Beverley, Leandro Bolmaro and Jarred Vanderbilt in exchange for the three-time NBA Defensive Player of the Year.