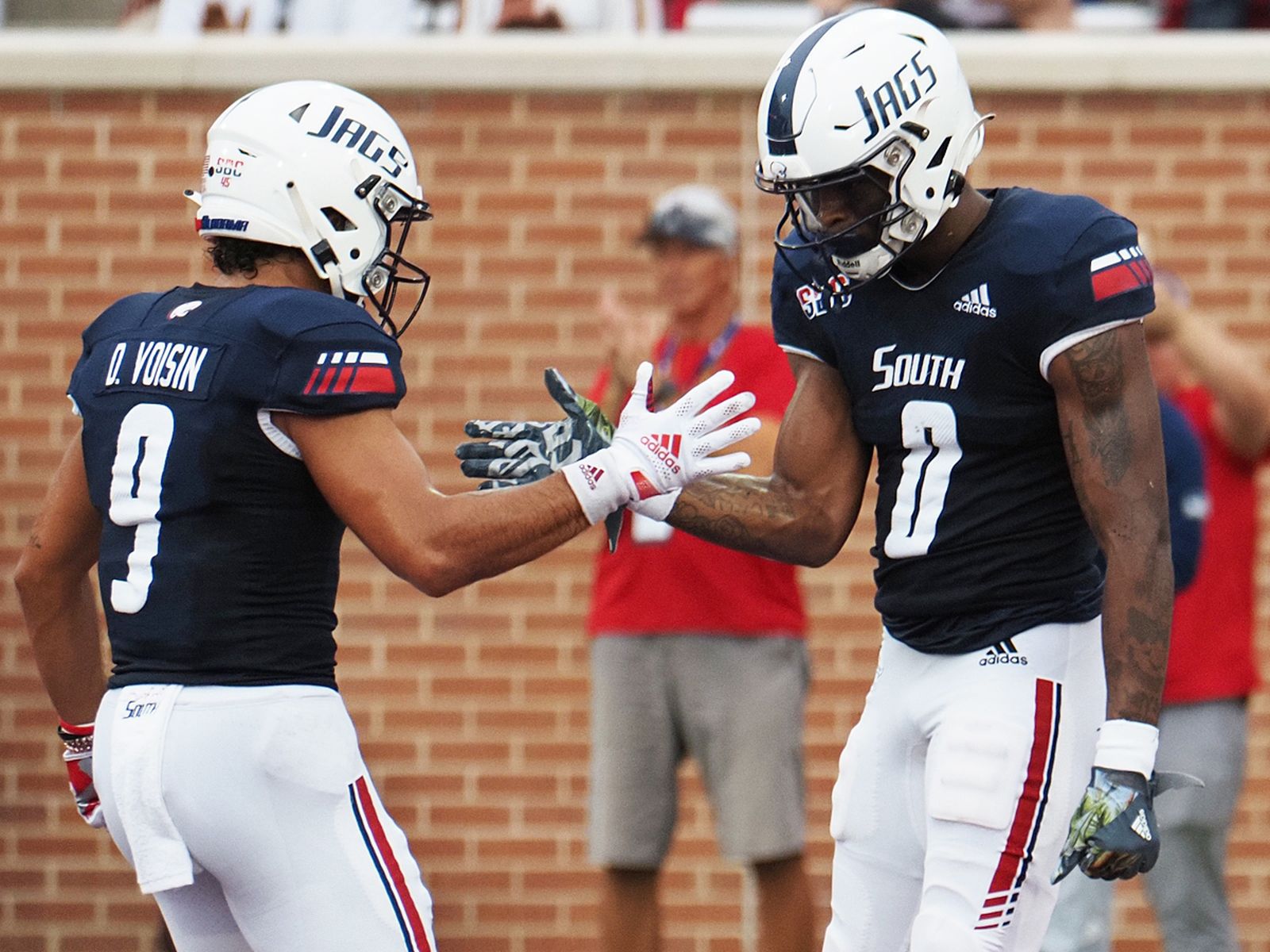 South Alabama hosts Troy in “Battle for The Belt” on Thursday, Oct. 20 in front of a sold out crowd at Hancock Whitney Stadium in Mobile. The game will be live streamed on fuboTV (free trial).

This year’s edition features two teams riding winning streaks heading into the game, and both sit atop the West Division of the Sun Belt Conference. The winner will also earn bowl eligibility with the sixth win of the season.

South Alabama (5-1, 2-0 Sun Belt) remains the lone undefeated team in conference play in the division after a 41-34 victory over ULM on Saturday night, riding a three-game winning streak.

Meanwhile, Troy (5-2, 3-1 Sun Belt) is second in the division just one game behind the Jags in the loss column and is riding a four-game winning streak heading into the contest.

Troy has won seven of the 10 meetings between the two teams, including the past four.

Will the game be televised?

Troy and South Alabama will be broadcast on ESPNU. ‘Save Our Squad With David Beckham’ series premiere: How to watch and where to stream Latest News Election 2022: How do I vote a straight party ticket? What about Constitutional Amendments? Latest News