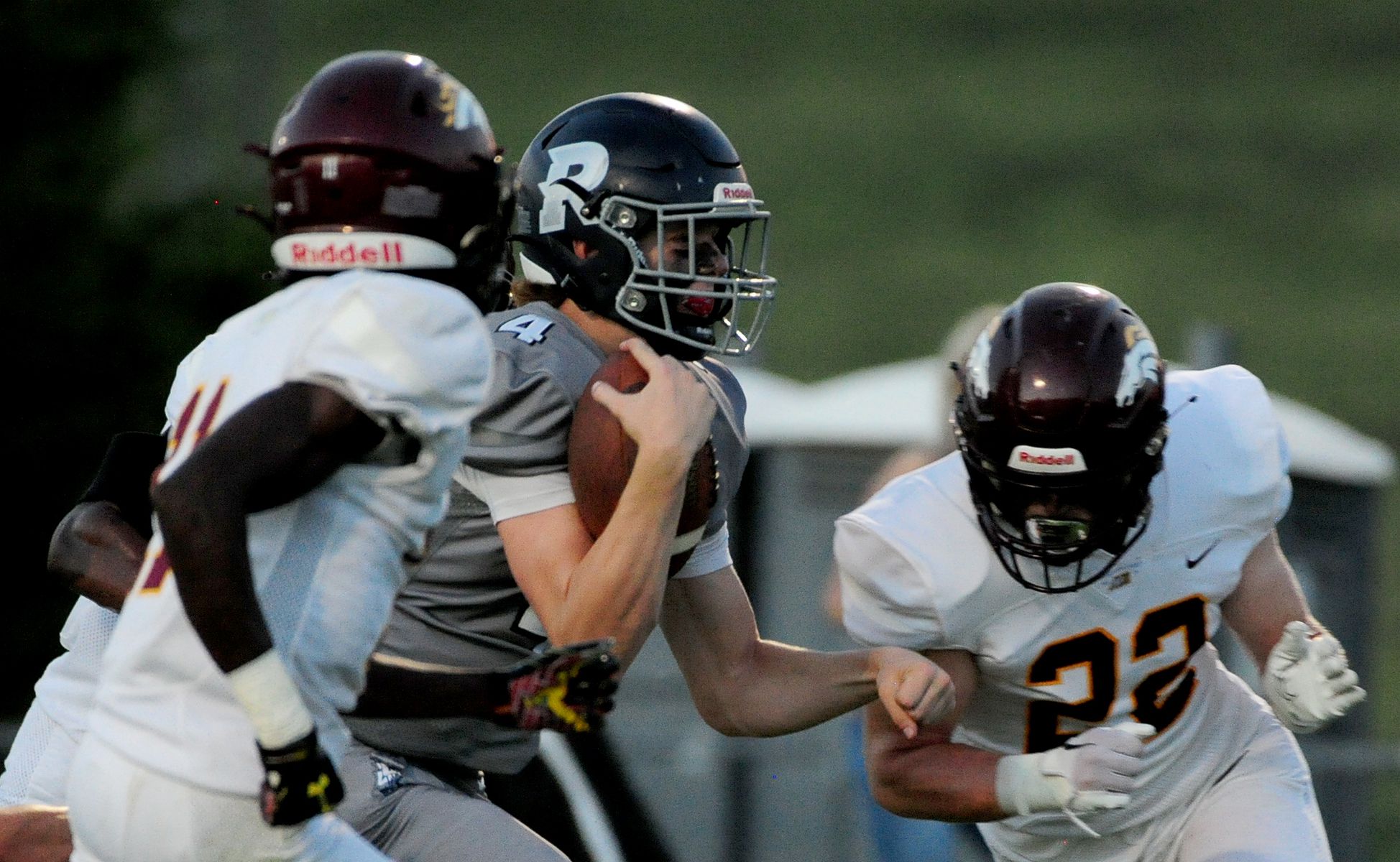 Streaks – and the Class 4A, Region 8 championship – are on the line when Randolph welcomes Priceville to SportsMed Field in Huntsville on Friday at 7 p.m.

Fifth-ranked Priceville is 9-0 and looking for its first ever perfect regular season and its second region title.

No. 10 Randolph has won seven straight following a season-opening loss to West Morgan and has hopes of winning its first region championship. Both teams are 6-0 in the region.

“We set a goal after last year that we wanted to play for a region title,” Randolph coach David Lloyd said. “We’re right on course to what we wanted to be. We’re looking for a really great football Friday night.”

Priceville rolls up those points almost entirely via its punishing ground game. The Bulldogs have 44 rushing TDs to seven through the air. Priceville runs for 363.7 yards a game – with Mason Cartee leading the way with 1,221 yards and 16 touchdowns – and throws for 38.7. Bulldogs quarterback Jackson Prickett has thrown just 22 passes on the year, completing 12 with the seven scores.

Randolph quarterback Andrew Hunter has passed for 313.5 yards per game and the Raiders’ overall aerial attack accounts for 325.6 yards per outing. Randolph runs for 149.9 yards per game.

“Andrew’s done just a great job,” Lloyd said. “He’s growing, maturing as a leader. He’s taking command of the football team and he’s much better at protecting the ball. He hasn’t had to run as much this year and he’s developed more as a passer. It’s been phenomenal to watch him grow.”

Hunter, an honorable mention Alabama Sports Writers Association All-State pick last season as a junior, has completed 71 percent of his passes this season (141-of-198). He has thrown for 2,508 yards and 32 touchdowns with just two interceptions. Hunter has run for 441 yards and four scores.

On his four-year career, three as the full-time starter, Hunter has passed for 7,578 yards and 90 touchdowns. He has 1,775 rushing yards and 24 touchdowns.

“I’ve played three sports (football, basketball, baseball) all my life,” Hunter said. “I have a special thing in that I have a lot of knowledge about what I do in each sport. Quarterback is a big ‘knowledge’ position. I’ve always been pretty good at that and I’ve just stuck with it.

“I’ve always known I could put up numbers. Coach Lloyd puts me in a good position to do what I do and with the players I have around me, it’s not too difficult to do.”

Randolph senior Nic Strong is the team’s leading rusher – by 8 yards over Hunter. Strong, who has an offer from the Ivy League’s Columbia University, is the second-leading receiver with 42 catches for 797 yards and 12 touchdowns. He has 13 rushing TDs to lead the team.

Grayson Davenport also has 12 receiving touchdowns and is Randolph’s leading pass-catcher with 943 yards on 56 receptions.

Hunter said while the Raiders have built the seven-game winning streak by focusing on each game, he and his teammates have kept an eye on Priceville.

“The streak is good, but we don’t go for streaks,” he said. “We want to win the week. As we do that, it strings together. Everything falls into place.

“Even before the season, we knew Priceville would be the one to beat. We have followed them the whole season, so it’s time to really look at them and execute on Friday night. We have to attack them and take what I can get. I may have to tuck and run when I need to. We know it will be a good challenge for us.”

Lloyd praised his 14 seniors headed into the Raiders’ next-to-last game. Randolph will host Fairview next week to close out the season.

“We have a good group of seniors,” he said. “We’ve never had an opportunity to play for a region title. Our seniors have kind of set the standard. We have a lot of kids who have played a lot of football games.

“Most importantly for us, this is the next game on our schedule. I wouldn’t be naïve enough to think that our guys won’t put more into this game than the others, but it’s our last region game and we know what’s at stake.

“Priceville is the same way,” Lloyd said. “They are undefeated for a reason. They’ve got a chance to go undefeated in the regular season and that’s very difficult. Priceville is very well coached on both sides of the ball. They present a lot of problems for us that we haven’t seen. They have a unique style of offense and they are very good in it.

“They are rolling. They have beaten some really good football teams. Fairview has one loss and that’s because of Priceville. We’re looking forward to the challenge.”

Lloyd said his squad’s non-region schedule of 7-1 West Morgan, 6-2 Madison Academy and 7-1 Fairview was set for a reason.

“We wanted to play tough games,” he said. “We bookend with West Morgan and Fairview. If you want to win playoff games, you have to be able to win – or compete – against teams like that. Our focus has been to be really competitive.

“Real athletes want to play in games like that. You want to be pushed. You don’t want to be on either side of a blowout. You have to win a close game, you have to win an ugly one. That’s what our kids want. The rest of the games we play will be high-stakes games.”