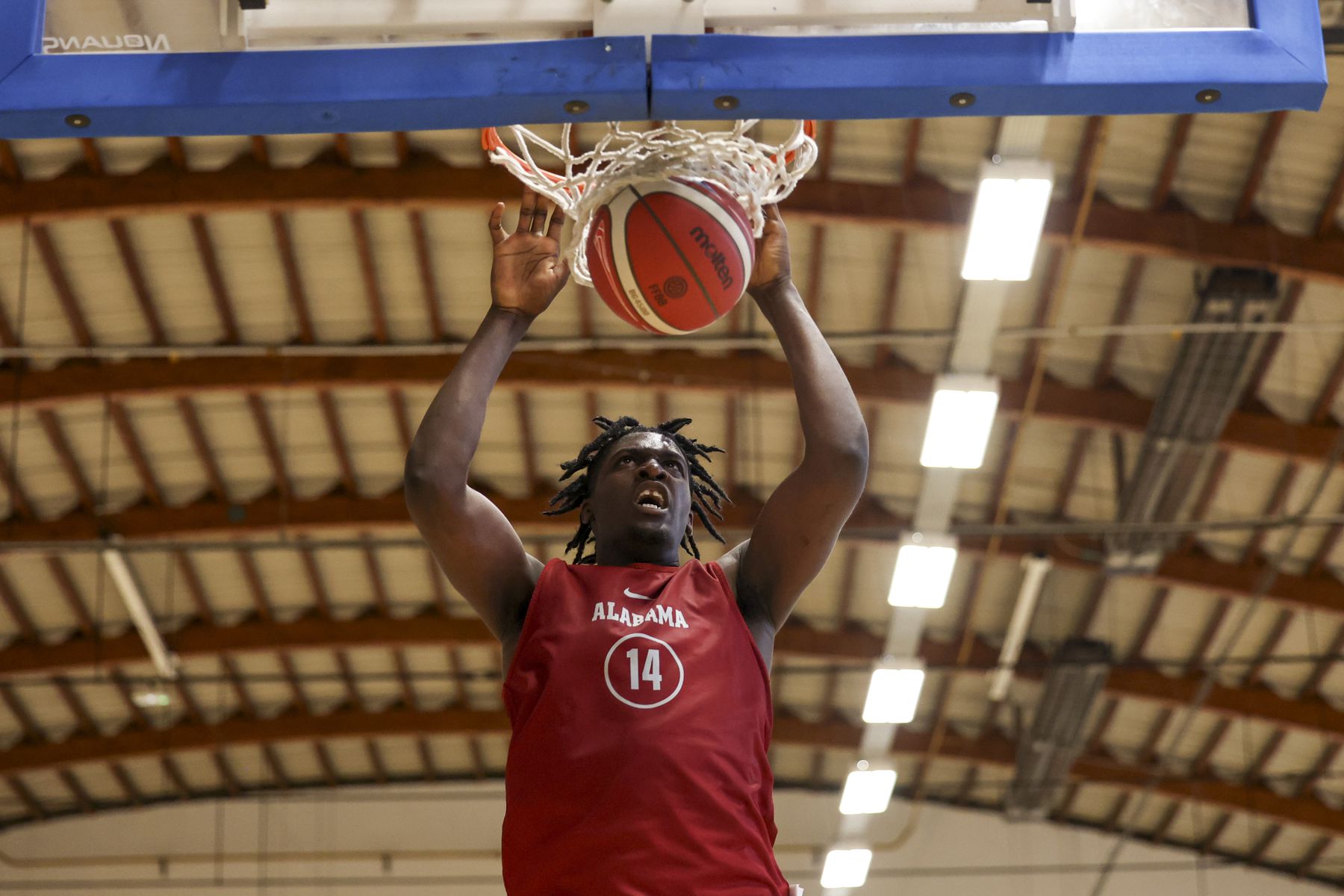 A preseason top-20 ranking was the headline for Alabama basketball on Monday morning. There’s optimism after a relatively disastrous end to the 2021 SEC title and Sweet 16 run but the events of the previous day didn’t speak to that.

A Sunday trip to TCU for a closed-door scrimmage ended in a 99-69 pounding. The Crimson Tide played No. 14 TCU without probable starters Charles Bediako and Nimari Burnett while Jahvon Quinerly won’t be ready for another few months.

But a 30-point loss for the No. 20 team in the AP preseason poll didn’t quite carry the momentum from the three-win August foreign tour of Europe.

So as the team leadership called a Monday morning player’s only meeting. Only a handful of players returned from the Crimson Tide team bounced from the first round of March’s NCAA tournament and they didn’t want this to get away from them again.

Center Charles Bediako said it lasted 15-20 minutes with Quinerly calling the team together. Noah Gurley and Burnett were at the white board as they listed off the issues that needed to be corrected from the loss in Fort Worth.

A year ago, Bediako said they didn’t start meeting like this until it was too late so they wanted to get ahead of any issue before they spiral.

“No yelling or screaming,” Bediako said Wednesday at SEC Media Days in Mountain Brook. “That wouldn’t end well but definitely being real. No sugar coating.”

And that’s the kind of player-led dynamic coach Nate Oats says he wants but didn’t get from the 2021-22 Crimson Tide. That was a team that opened 8-1 with a win over No. 3 Gonzaga and No. 14 Houston before things went south beginning in mid-December. The Tide wouldn’t string together three consecutive wins from that point forward.

Gurley said the team got a “big head” after beating Gonzaga and Houston, teams coming off Final Four runs.

“We won the big games so we didn’t think we had to do the same thing for all the other games,” Gurley said. “Like I said, consistency. It doesn’t matter if we’re playing Gonzaga or our home opener. We have to prepare the same way.”

An experienced TCU team figured to be a solid measuring stick for a team with so many newcomers but the defensive emphasis that Oats emphasized wasn’t there. The Horned Frogs took a 52-27 halftime lead and then outscored the Tide by five after the break.

Freshman Brandon Miller was the offensive bright spot. The McDonald’s All-American scored 33 points on 12-for-22 shooting including four 3s on 10 attempts. Ohio transfer Mark Sears was the only other double-figure scorer with 11 as the Tide shot 35.9%

“First half was a little rough, and then the second half we played a lot better,” Oats said Wednesday. “Brandon Miller was really good in the second half. That’s why we do it. We strategically schedule who we schedule, and I think we did it for a reason. I want our guys to play against tough teams, whether it’s the non-conference, the preseason scrimmage and all that. We’ll be better for it, though. It was good for us.”

The result was somewhat jarring for the locker room.

“It definitely was surprising,” Gurley said. “We didn’t expect to get beat like that. It just showed there are more things to the game than simply scoring the ball, playing together on defense and all the tactical things of the game that’s very important.”

The Crimson Tide, picked fifth in the SEC, will open the regular season with a Nov. 7 visit from Longwood.