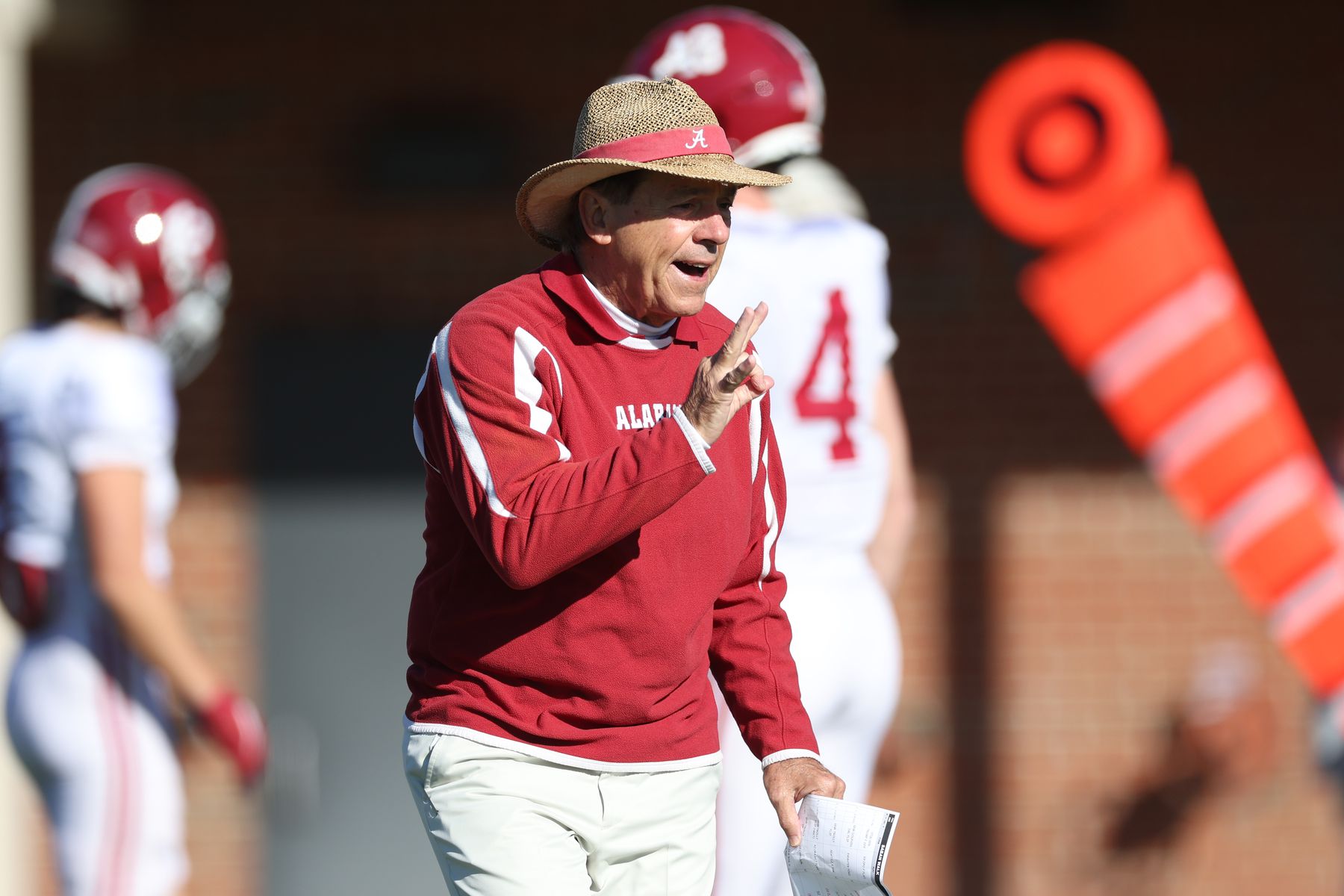 Alabama is looking to respond against Mississippi State this weekend following its first loss of the year. Nick Saban discussed the penalties and Tide’s “collective loss” on Monday.

Saban previewed the Bulldogs during his Wednesday session. Here’s what Saban said at the podium.

–It’s homecoming a week, so a time for “great tradition” for Alabama football, Saban said to open his press conference.

–He said the emphasis this week is on “playing to win” and not playing afraid of a potential loss.

— “(Bulldogs quarterback Will Rogers) is having an outstanding year this year,” Saban said.

— ”We handle discipline issues internally and we’ll handle this,” Saban said of the Jermaine Burton incident from after the Tennessee game.

–”They got a lot of ball-hawkers,” Saban said of the Bulldogs’ defense while also reinforcing the Tide’s message of attacking the ball when it can.

“I wish we would get more turnovers and take care of the ball better. … That’ll be a critical piece.”

–”I think the team is responding,” Saban said when asked about how the Tide has rebounded after a loss.

“They work hard. They get frustrated when they don’t have success,” Saban said.