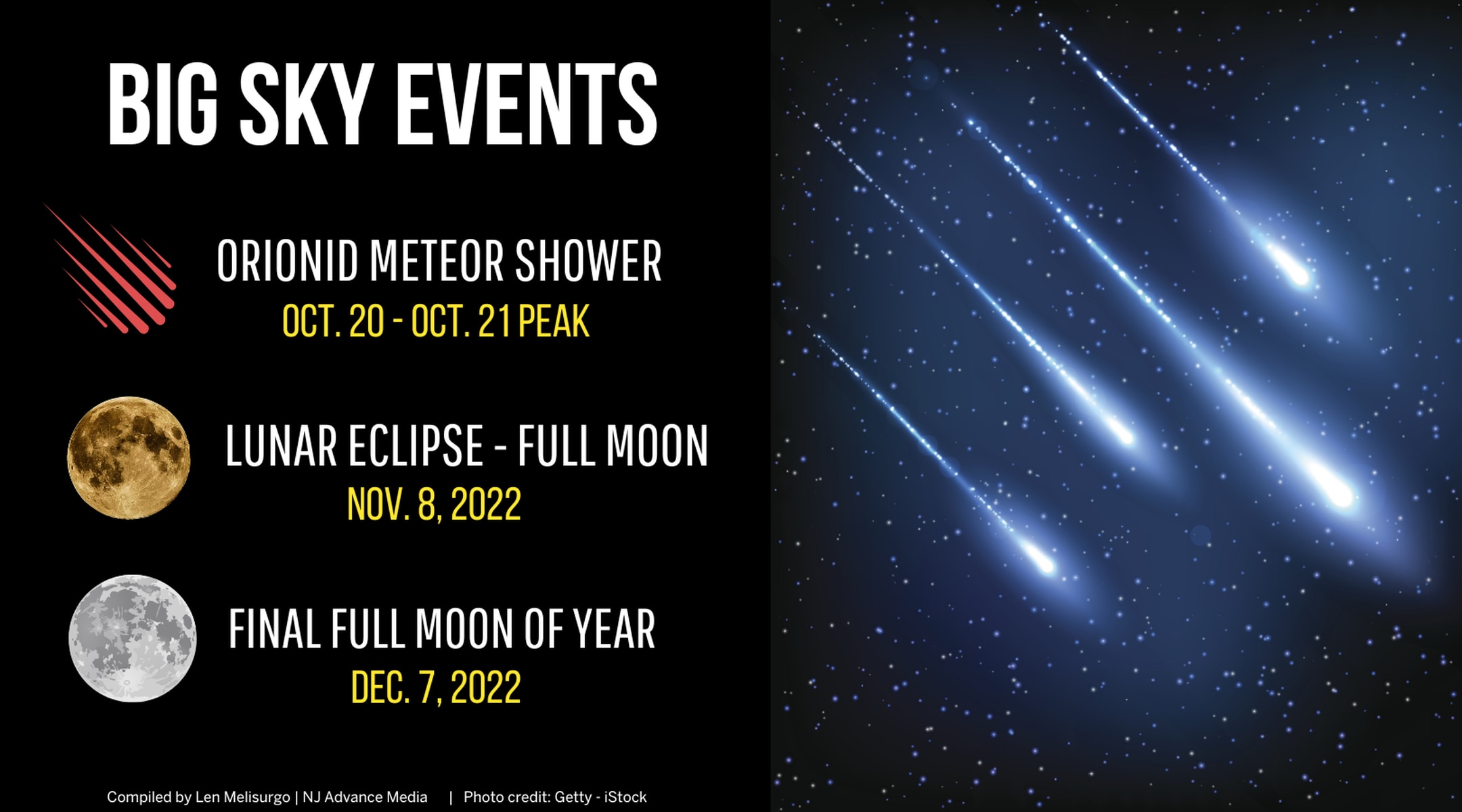 Sky watchers could be in for a treat this week.

The Orionids meteor shower will peak Friday, Oct. 21 – Saturday, Oct. 22, though you may still see plenty of shooting starts in the days surrounding the peak. The best time to watch the Orionids will be in the predawn hours of Friday morning.

When does the time change? When does daylight saving time end?

The Orionids are typically one of the most reliable meteor showers of the year in terms of production, capable of up to 20 meteors per hour. Even better is that Orionids are notable frothier brightness and speed, traveling at about 148,000 mph into the Earth’s atmosphere. The super-fast meteors leave flowing trains – incandescent bits of debris in their wake – that can last for several seconds to minutes, NASA said. Those fast meteors can sometimes become fireballs that produce prolonged explosions of light.

Orionids are dust particles left behind after the passing of Halley’s Comet. Halley’s outbound trail is responsible for Eta Aquariids in May; the inbound trail produces the Orionids. Comet Halley takes about 76 years to orbit the sun once. The last time comet Halley was seen by casual observers was in 1986. Comet Halley will not enter the inner solar system again until 2061.

The meteor shower appears to emanate from the constellation Orion but in order to get the best view, you need to take in the entire sky. NASA advises going to a spot away from artificial lights (including cell phones) and other light pollution, giving yourself about 30 minutes to allow your eyes to adjust to the dark.