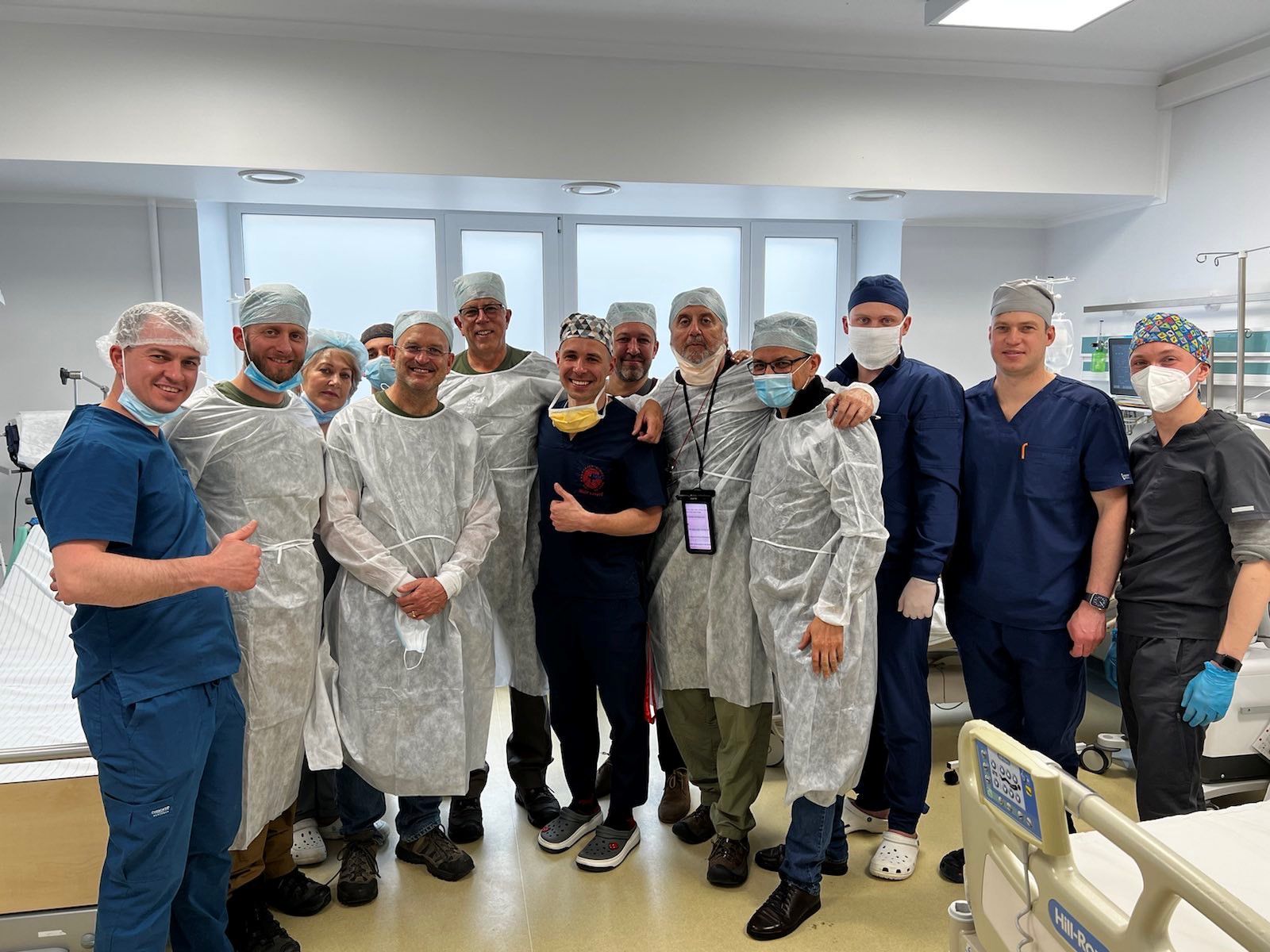 Alabama trauma surgeon Dr. John Holcomb said Wednesday that NATO countries should provide more aid to Ukrainian hospitals and doctors who are struggling with supply shortages and a flood of wounded patients.

Holcomb, a professor at the Heersink School of Medicine at the University of Alabama at Birmingham, spoke at the American College of Surgeons annual convention in San Diego on a panel of doctors who have traveled to Ukraine. It also included Dr. Hnat Herych, a surgeon at the largest hospital in Lviv. The panel discussion was streamed online.

The organization Global Surgical Medical Support Group has organized outreach to Ukraine during the war. The group brings American and Canadian surgeons and nurses with battlefield experience to hospitals in Ukraine for training and support. Holcomb served in the army for 23 years after completing his medical training and has received multiple awards for innovations in battlefield care.

Holcomb took the opportunity to urge leaders to provide more non-military aid to Ukraine. The armed forces took supplies of gauze and bandages to the front lines, and they have been difficult to replace due to supply chain blockages.

“I would make a plea to all of the Western governments now to supply substantial medical nonlethal aid to the Ukrainians for their civilians and military,” Holcomb said. “It’s extraordinarily important that we help them do that.”

Countries belonging to NATO have provided billions in military aid to Ukraine, Holcomb said, but they need to increase non-military support to help hospitals that have been hit hard by the conflict. He said basic supplies such as blood bags have been difficult to get as delivery services ceased operations during the war.

“I think it’s an imperative,” Holcomb said. “There need to be some billions of nonlethal aid to balance out a little with the lethal so that when the Ukrainians and the Russians get injured they can be cared for in the way we all want to care for civilian and military irrespective of who they are.”

Herych said his hospital has been battered by an influx of patients caught in the crossfire. Most of them are civilians, but many have combat injuries caused by Russian attacks. In April, Russian missiles left seven dead in the city.

He said the Lviv Clinical Emergency Hospital has 2,000 beds and used the latest technology before the Russian invasion. Staff there have had to pivot to caring for hundreds of patients with shrapnel and other combat injuries.

“I want you to understand that before the war, we did modern surgery,” Herych said. “We had a DaVinci robot. But the war changed everything.”

Herych said he and other surgeons must reuse and ration supplies.

“I take the most difficult patients and treat them modern, and the rest of the patients are treated like it’s 30 years ago,” Herych said.

As rocket strikes began, Herych set up an operating room in a shelter connected to the hospital. They began using that facility about one month ago.

Russian forces have hit pharmaceutical factories in the region, so the hospital struggled to obtain certain drugs until Poland stepped in to help, Herych said. He said shortages of equipment have forced him to sterilize and reuse needles that haven’t been used in decades.

“Sometimes it felt like we were in the First or Second World War,” Herych said.

Holcomb said the hospital has adapted quickly by adopting new techniques to improve survival rates for trauma patients. Still, Herych said the demand for medical care has been overwhelming.

“We never had experience to have 100 patients with injuries who needed to go straight to the operating room,” he said.

Although U.S. and Canadian doctors have made several trips to Ukraine, Holcomb said the lack of supplies has limited their effectiveness.

“We have all sorts of personnel, but if you don’t have the stuff, you can’t take care of patients,” he said.