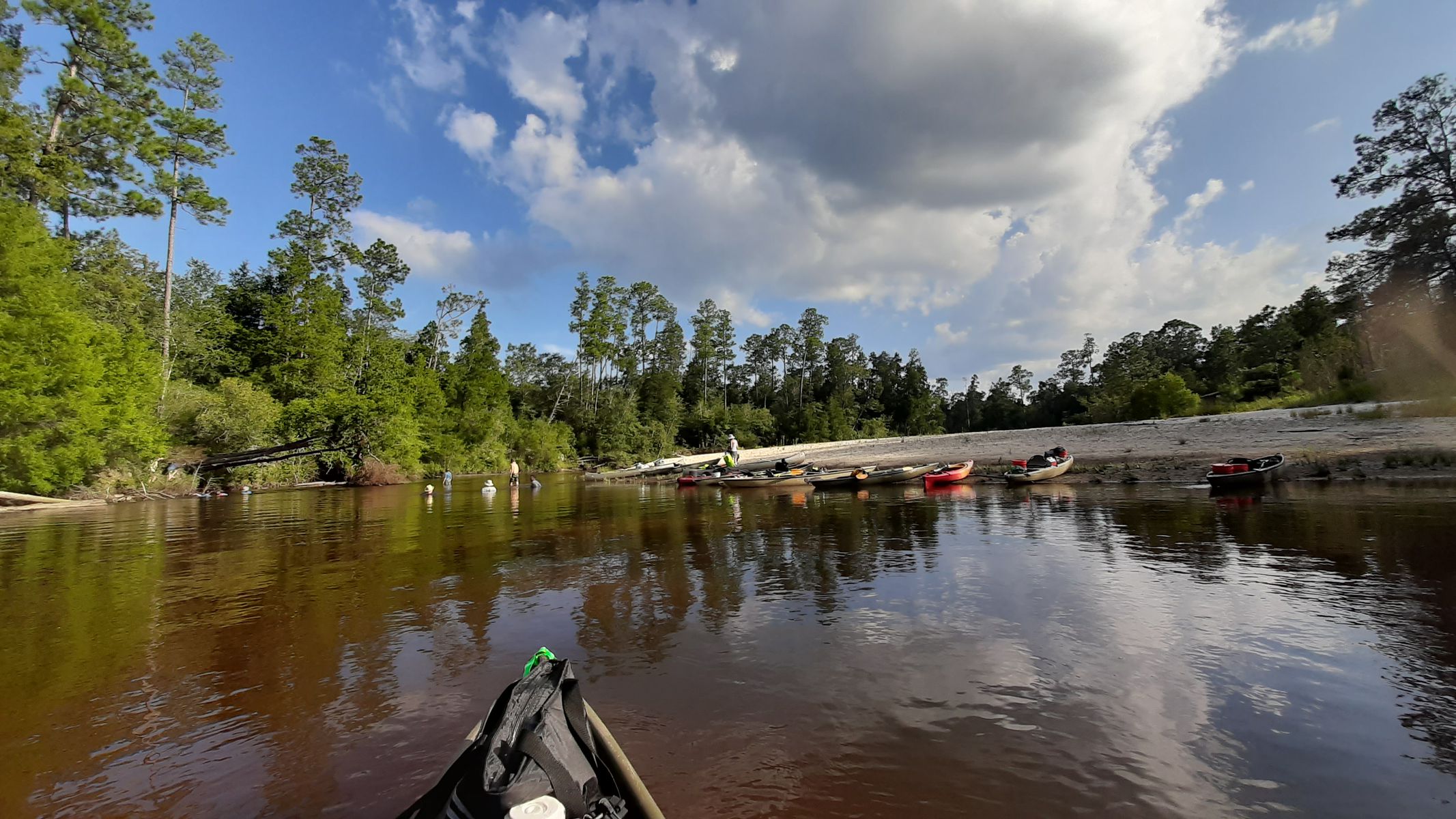 This is a guest opinion column

Two weeks ago, the Supreme Court opened its session by hearing oral arguments in a case about whether the Clean Water Act protections should include certain wetlands adjacent to creeks and other water bodies running through backyards across Alabama. These wetlands act as pollution filters for runoff from agriculture, development and other activities that could cause pollutants to enter our rivers and streams. This critically important case, which could shrink the scope of protections provided by the Clean Water Act, including removing protections for similar wetlands in Alabama, comes as we are upon the milestone 50th Anniversary of the signing of the Clean Water Act into law..

As clean water advocates and water recreation enthusiasts, we find ourselves torn between wanting to throw a big giant party to celebrate all that this monumental, overwhelmingly bipartisan (when it was passed) law has meant for our ability to protect clean water across our nation and wanting to drown our frustrations at the many challenges we still face in merely getting the 50-year lawfully implemented, let alone enforced adequately.

The passing of the Clean Water Act on October 18, 1972 came at a time when rivers were catching on fire from all of the chemicals that were being dumped into them. We all can recall the iconic pictures of the Cuyahoga River in Ohio, but this was actually happening all over the country at that time! The visual of the reality of water literally on fire was enough to spark a near-universal outcry across the nation for something to be done.

The law itself was pretty comprehensive in setting up a system where any industry or entity wanting to discharge pollution into a waterway of the United States is required to have a permit. This means factories, sewer utilities, even schools, and other large businesses that generate enough waste to operate their own treatment systems. The law also sets pollution limits so that federal and state agencies who are writing the permits have a standard floor of permit limits that they are not allowed to fall below. In other words, the allowable amount of pollution must not be less than the federal law requires. States can, however, decide to make theirs stronger if they want (hint, hint Alabama). Lastly, it put in place a provision for citizens to help with enforcement by being able to file lawsuits over violations of the Clean Water Act. In my experience, having spent nearly twenty years in this space, this has been one of the most effective ways to ensure that the Clean Water Act is implemented and enforced in states like Alabama where the environment is not always a balanced priority when it comes to industry interest.

We now know that things like flames and smells are just early indicators of much deeper dangers in our waterways and wetlands – and air and soils for that matter. Chemicals and other types of pollution in our waterways can cause both acute and long-lasting health impacts to humans and aquatic species and just because pollution isn’t visible doesn’t mean it isn’t there or isn’t harmful. The challenge we face today is that many of the initial successes of the CWA have dealt with the visible and most-known pollution sources, while we are learning everyday about others less visible, emerging pollutants still lurking in our waterways from legacy industries and even still being discharged through our wastewater and existing industries. There are also those pollutants that runoff of the land from agriculture, development, and other activities which makes it difficult to pinpoint the source. These non-point source pollutants were not initially covered in the CWA and our government still struggles to figure how to address those from a regulatory standpoint.

Too often we are only stirred as a nation to come together in support of significant legislation like the CWA when something drastic happens. Whether it is our rivers catching on fire, our rivers running dry out west, or our communities being obliterated by hurricanes, our actions are often too small and too slow to make a difference.

I am certain that building up to the passage of the CWA there were many battles about how much it would cost and how it would “destroy” the economy but people came together and Congress found the will. They found the will to enact a strong law that would create changes at the scale needed to address the problem of pollution in our waterways. Our rivers may not be catching fire anymore, but our air, land and waters are being destroyed and depleted by disasters, droughts, and unchecked extractive industries. We must all make our voices heard and remind our elected officials that they can meet the challenges of the next 50 years and beyond if they just find the will to act.

My hope, as we reach the milestone 50th anniversary of the Clean Water Act is that we will use its story as a lesson in how a nation can come together to do something sweeping and comprehensive to protect people and the environment.

Cindy Lowry is executive director of the Alabama Rivers Alliance Man from Chile charged in 4 Greystone burglaries suspected in others across nation, police say Latest News