Bandai Namco Entertainment America announced on Thursday that the Digimon World: Next Order game will launch on Nintendo Switch and PC (via Steam) in North America and Europe on February 22. 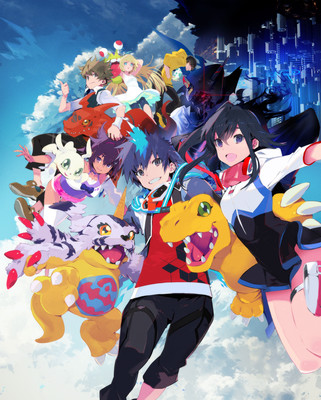 The game first launched on PlayStation Vita in 2016, and then launched globally for PlayStation 4 in 2017 with multiple language options including English and Japanese voices, and subtitles in English, French and Spanish.

The company describes the game:

In Digimon World: Next Order, players will step into the role of a DigiDestined as either Shiki or Takuto and embark on a quest to solve a perplexing Digi-mystery and restore the Digital World to its natural order after having spiraled into a state of utter chaos due to the Machinedramon that have taken over. As a DigiDestined, players will encounter an array of Digimon and recruit them as companions in an effort to rebuild the Digital World. Along their journey, they will need to explore the Digital World and strengthen their bonds with their Digimon companions to stop the virus-infected Digimon from causing complete destruction.

Digimon World: Next Order boasts an expansive roster of over 200 Digimon to collect and befriend, from which players can select two to accompany them on their adventures as partners. Players can strengthen the bonds of their Digimon by training, feeding and Digivolving them to unlock their full potential, making them even stronger in battle. During their adventures, DigiDestined will also meet a colorful cast of characters and have the opportunity to expand and manage the town of Floatia that serves as a home base between their travels.