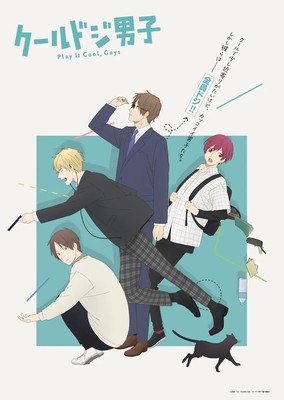 The anime premiered on TV Tokyo on October 10. 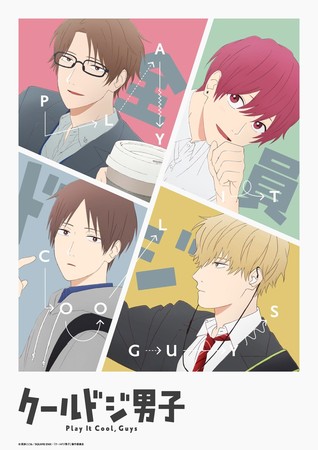 Chiaki Kon (Pretty Guardian Sailor Moon Crystal: Season III, Pretty Guardian Sailor Moon Eternal, The Way of the Househusband, Junjō Romantica) is directing the anime at Studio Pierrot. Makoto Uezu (Assassination Classroom, Yuki Yuna Is a Hero, Space Brothers) is overseeing the series scripts, and Airi Taguchi (key animation for Children of the Sea, Is It Wrong to Try to Pick Up Girls in a Dungeon? second season) is serving as both character designer and chief animation director. Masato Nakayama (B-PROJECT, We Never Learn: BOKUBEN, You and Me.) is composing the music.

Yen Press is releasing the manga in English in full color, as it was originally released in Japan. The company describes the story:

Enter: a bunch of cool guys who look like they got that unapproachable swag. But let’s be real—that’s not the true them. They’re just a bunch of dorks who’ve got the act down pat. So sit back, grab some popcorn and enjoy watching a bunch of goofy guys try to look cool all day every day. Play It Cool, Guys is a fun collection of stories featuring guys that are equal parts cool and equal parts adorably awkward.

Nata launched the manga in June 2019 on the Gangan pixiv website, where it is ongoing. Square Enix published the fourth volume in November. The manga ranked #16th for the 2020 edition of Takarajimasha‘s Kono Manga ga Sugoi! (This Manga Is Amazing!) guidebook for its female readers list. The manga also placed seventh in pixiv and Nippon Shuppan Hanbai, Inc‘s “Web Manga General Election” in 2019.